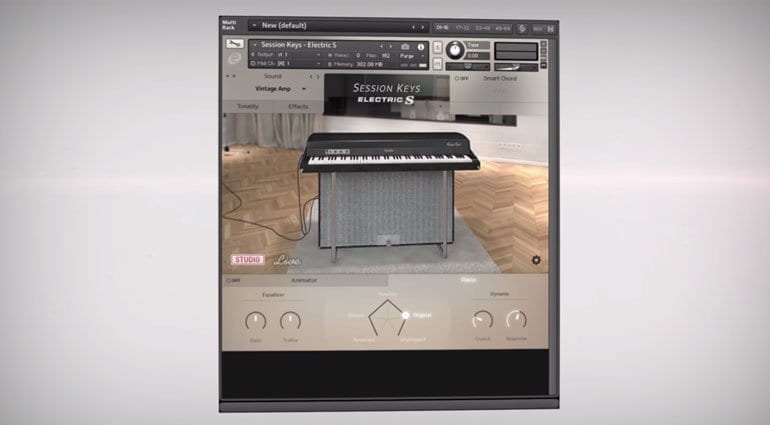 Just weeks after the release of Waves Electric 88 comes the e-Instruments Session Keys Electric S. Maybe someone found an old functional Rhodes in an attic somewhere and has been loaning it out to anyone they can find for sampling.

E-Instruments have already released their Rhodes stage piano, the Electric R. So the Electric S is based upon the Rhodes Suitcase 73. Now, Waves believed that you could sample the soul of an electric piano in 4GB of “meticulously”, “painstakingly” recorded “pristine” samples. E-Instruments believe it takes 20GB. There’s also a different in approach here; Waves celebrated the character of their slightly crumbled Rhodes whereas e-Instruments have restored their instrument back to its original state. Which is better? Well, all I can say is that the music in the Electric S demo video is so much more pleasing than the music in the Waves one.

Electric S is delivered as a library for Kontakt and so benefits from the internal effects, articulation and modulations. They have built in almost limitless customisation options and of course everything from key movement, tine squeak and case vibrations has been sampled. You can mix the electrically collected sound through the pickups with the acoustic sound of the actual instrument. Have it with or without speakers, with or with the amp, with more speakers – however you want. They really did sample it in every way possible.

They have a unique control function called the Pentamorph. It takes 5 characteristics and allows you to morph between them to find your own blend. Kontakt provides an animator feature and so they’ve included over 400 licks and riffs ready to make you sound fabulous with a single key. 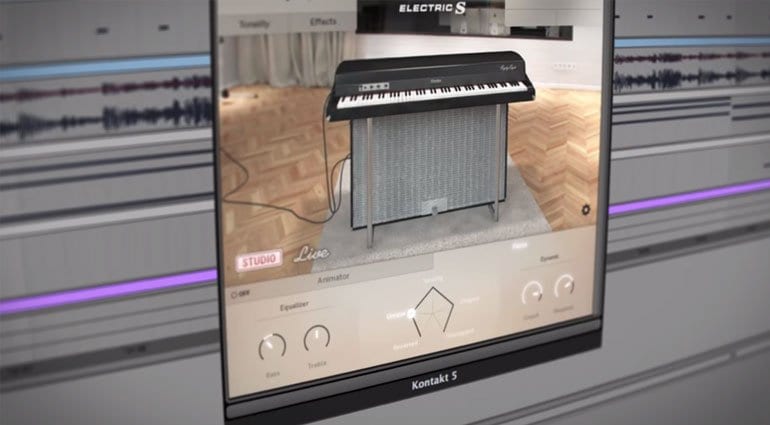 It’s a full featured electric piano with an enormous library and a vast array of tweakability. I still really like the Cinematique Electric Piano which fills just 220MB. I recently wrote about my top 5 virtual electric pianos so if you’d like some comparisons you can read about them here.

More information can be found on the Electric S product page.