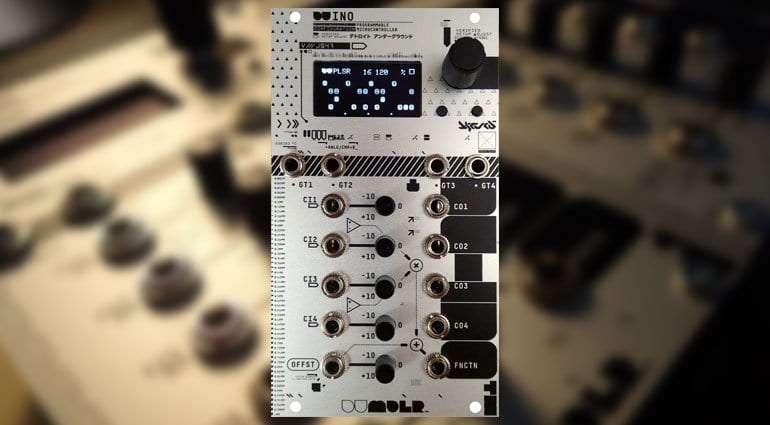 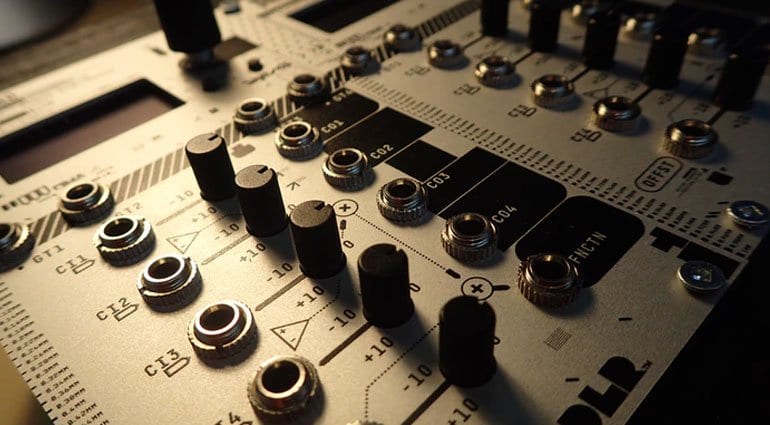 DU-INO is a multi-functional, programmable Eurorack module with a vast array of readily uploadable programs. It can be pretty much any synthesizer function you can imagine – VCA, ADSR, LFO, Logic, sequencer, quantizer, clock, divider, waveshaper, effects – whatever you can build in the Arduino IDE you can run on the DU-INO.

Because that’s the key. The DU-INO is essentially a shield for an Arduino microprocessing board. Program your Arduino and plug it onto the back of DU-INO and you are off. The DU-INO provides the interface and CV connectivity appropriate to Eurorack integration. The OLED screen and data wheel give you access to all the parameters and functions of the program. There are then 4 gate/trigger outputs/inputs, 4 CV inputs for parameters, 4 CV outputs, an offset and a CV function. All of it accessing the Arduino functions relative to the loaded program.

There’s a growing library of programs that support the DU-INO and this is going to continue expanding as more users start coding their own ideas. Here’s a selection of examples:

It can be anything you need in your rack. It’s a bit like having an Expert Sleepers Disting 4 but where you get to write the algorithms yourself. You don’t have to be a programmer to benefit though. Simply use the ones that other people have uploaded – that’s what open source is all about.

Check out the Kickstarter video:

Detroit Underground is trying to raise just under £10,000 in preorders. A single DU-INO will cost a very reasonable £159 without an Arduino (assuming you already have one) or £176 including an Arduino Uno R3. They also recommend getting a pair because they can communicate internally letting you build much more complex modules. The pricing is really good making you think that if you only find one useful function for it then it would have earned its place in your rack. I’d like to see a video of how the whole process works, from choosing and maybe editing a program, uploading it and making it work in the DU-INO. There’s a huge community of Arduino users out there but it can also feel like an impenetrable place for new uses, non-techy musicians and the Arduino curious.

A couple of surprisingly uninspired videos showing some examples.