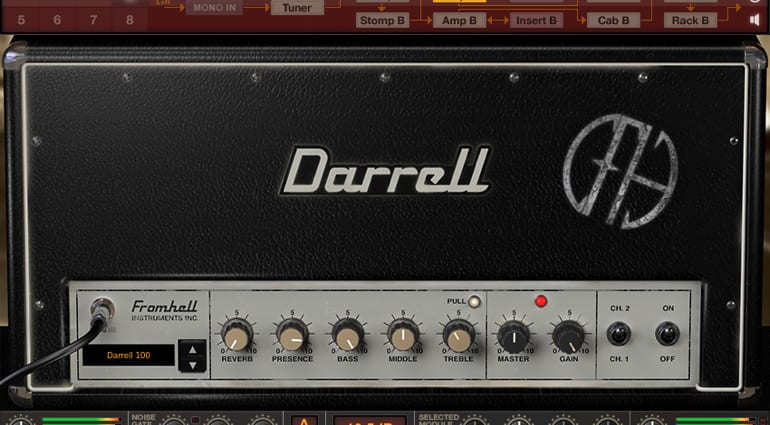 IK Multimedia has announced the Dimebag Darrell CFH Collection for AmpliTube. The company has previously modelled many famous players’ guitar rigs and hopefully this new one will do justice to the late Pantera guitarist.

This new set of amps and effects models the legendary metal guitarist’s entire rig from Pantera’s Cowboys From Hell. This classic album introduced the band to a massive audience worldwide. Much of its appeal was in Dimebag’s guitar tone.

The bundle itself includes the following amp models:

On the effects side, the bundle includes a 6-Band EQ, Pre EQ 3 (a three-band parametric EQ) based on the Furman PQ-3, a Flanger Doubler modelled on an MXR model of the same name, a Dime Wah simulating his Dunlop GCB95 and the Dime Noise Gate based on a Rocktron Hush.

This new plug-in suite will be available in November 2018 but is available for pre-order now. Early preorder buyers will save EUR/USD 20 on the whole deal, so it may be worth taking a punt on if this is your thing.