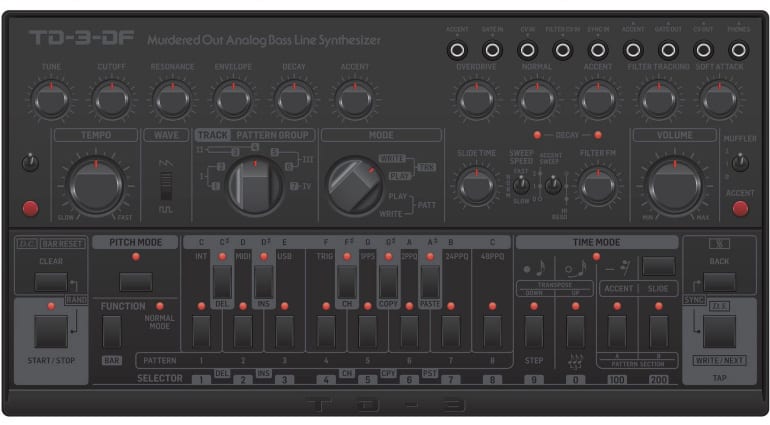 Behringer posted on Facebook a mockup of what they are calling a “Murdered Out” TD-3 which incorporates the controls and layout from the “Devil Fish” TB-303 modification. Robin Whittle, the person behind Devil Fish, has responded with a heartfelt critique of the idea.

Update: Uli has responded, see below.

The Devil Fish modification from Real World Interfaces brings in a whole bunch of enhancements to the classic TB-303. These include additional CV and audio in/out, overdrive, slide control, envelope expansions, manual accent triggering, sweep speed control, FM and pushing the filter into self-oscillation. It also improves the overall sound and pushes this little box of acid into all sorts of different sonic territories. 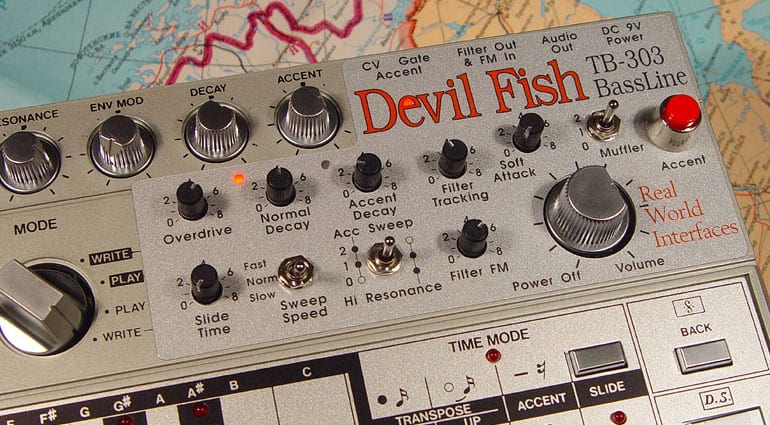 Behringer seems to think a TD-3 with all this additional functionality built-in would be a great idea. And who could argue with that? Well, Robin Whittle has made a statement on their website expressing his thoughts about the concept. Initially, he was approached by Uli Behringer with the idea of working together to produce and endorse the TD-3-DF. Robin and his wife Tina who work together on Devil Fish modifications had already expressed their interest in the TD-3 and believe that they would be able to fit their modification boards inside the unit. So they were quite excited at the prospect of designing a completely new version of the TD-3. Over the course of some correspondence it became clear that they had very different ideas about the nature of the relationship and the rewards it would bring. Robin wanted to have a say in quality control and then a royalty for each instrument sold whereas according to the statement:

It emerged that he expected me to help with the design, endorse their product, and effectively license his company to produce it, and any variations, without limit, without royalties and in perpetuity, for a one-off payment of USD$15k.

He turned them down.

Robin acknowledges that if Behringer wants to proceed then there’s nothing legally they can do to stop him. His proposal, which could have produced an excellent product, would probably have doubled the price of the TD-3 which you can imagine doesn’t resonate with the Behringer game plan.

He’s also not particularly happy with the colour scheme or “Murdered Out” name:

The Devil Fish doesn’t need to prove anything by acting bad-ass.  The sound is enough if you want it that way. The Devil Fish’s contribution to people’s music is far more than thumping bass melodies, chaotic, wrenching blizzards of noise etc.  It can also be coaxed into producing subtle, beguiling and mysterious sounds.  It would be a mistake to typecast it as bad-ass.

Uli Behringer’s side of the story

While Robin paints a convincing picture of a small business being ridden rough-shod over by a large manufacturer it’s only one side of the story. Uli Behringer has shared some details on the Gearslutz forum that show events in a rather different light. He was evidently annoyed that private correspondence was shared online by Robin and so has published the entire conversation where Robin is seen to make some quite remarkable demands for his contribution and the right to use Devil Fish with TD-3.

Unfortunately these financial expectations are completely outside of our abilities as we work on very low margins. Our Vision and customer promise is to empower musicians with little money and not the wealthy ones. Our calculations are always based on BOM costs.

Uli then wished him all the best and asked that their conversation remains confidential. Robin had stated that he would be very unhappy if Behringer released something based on the Devil Fish and so I imagine it was the arrival of the TD-3-DF mockup that prompted him to break the confidentiality which is what Uli is complaining about.

It’s very interesting to get this sort of insight into the industry and the dynamic between a small boutique synth business and a huge manufacturer. I’m impressed that Behringer reached out at all and it’s a shame that there wasn’t a more positive outcome. The Devil Fish modifications would make for an awesome TD-3. Was Robin right to turn it down? Was he right to ask for so much? If Behringer is going to make it anyway then you could argue that maybe he should have taken the money. But Robin raises a lot of good points and has to do what’s right for them. But also you can’t automatically paint Uli as the bad guy because offers were made in good faith and Robin’s response seems strange and unreasonable. Commentary has come down in support of both sides – what do you think? 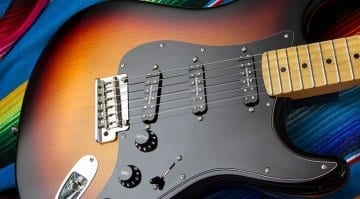 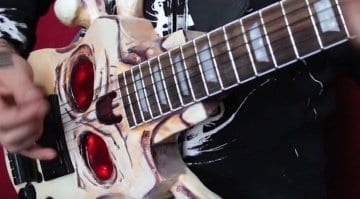 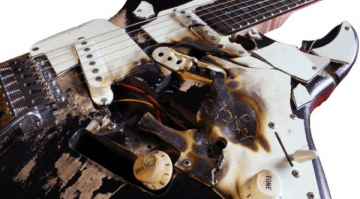