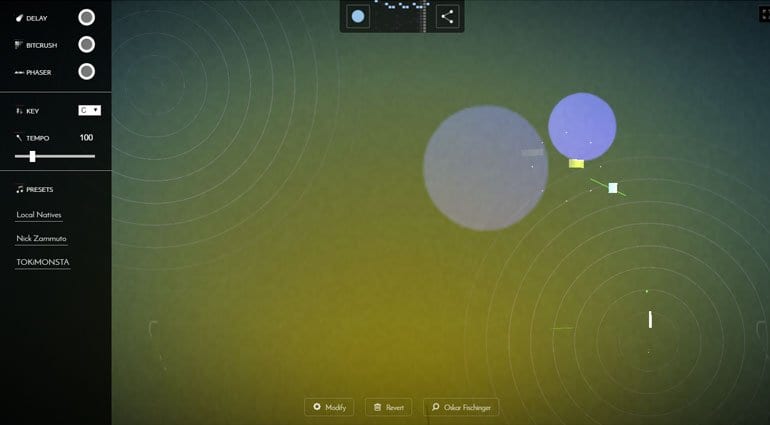 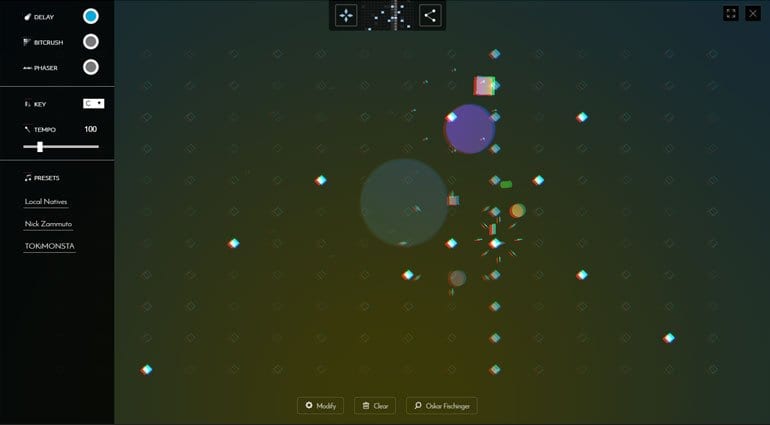 Check out Google.com today for an interesting exploration of the animated musical world of Oskar Fischinger.

If you click on the Google Doogle you’ll be taken into a creative space of tones and noises accompanied by animations created by the German-American artist Oskar Fischinger. It’s essentially a matrix sequencer, in a Tenori style with a number of different tones. Click on the grid to place notes and marvel as the music comes to life in Fischinger’s visuals. There are 4 tones, each with their own matrix. You can also open a “modify” side window to add some delay, bit crushing and phasing, change the tempo and access a couple of preset tunes. So if ambient is not your thing you can drag the tempo up into crazy town.

Filmaker, artist, musician, painter and animator. Oskar began animating films in the 1920’s, drawing each frame by hand. His thing was all about abstract shapes moving in sync to music. Moving to America to escape Nazi Germany to worked on the classic Disney film Fantasia. He continued working with abstract film and music until his death in 1967. Hugely influential in the visual arts even to this day. This Google Doodle celebrates what would have been his 117th birthday. 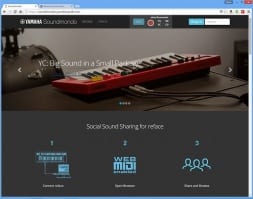 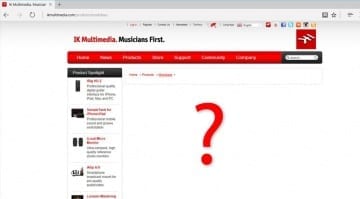 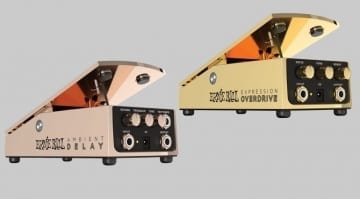