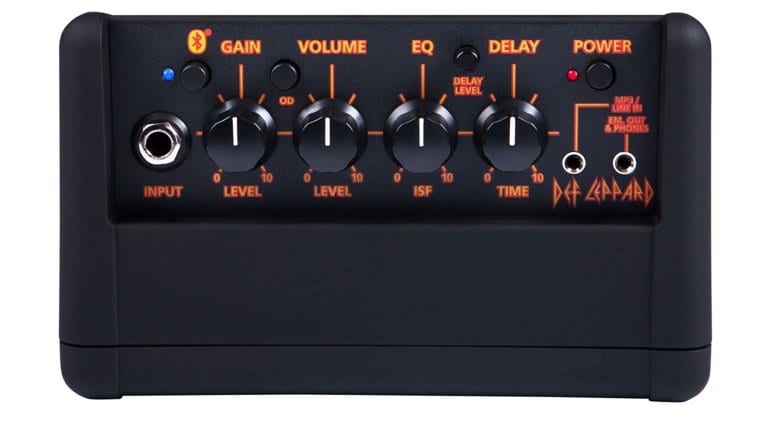 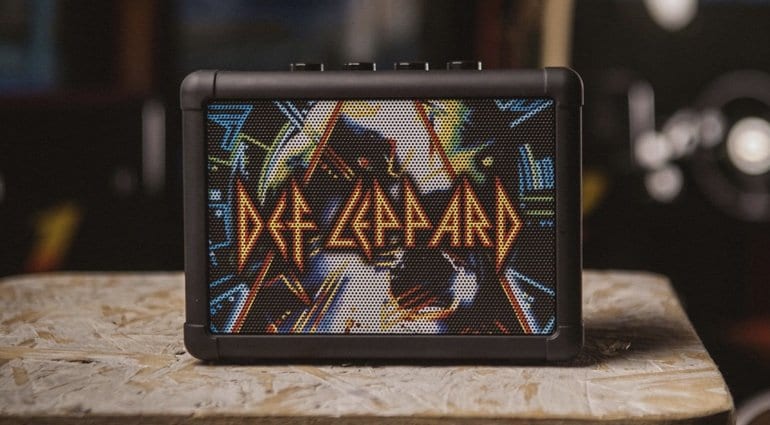 Blackstar has just announced a Def Leppard Hysteria edition of its 3-Watt Fly 3 mini amp – complete with the album artwork emblazoned on the amps front grill. 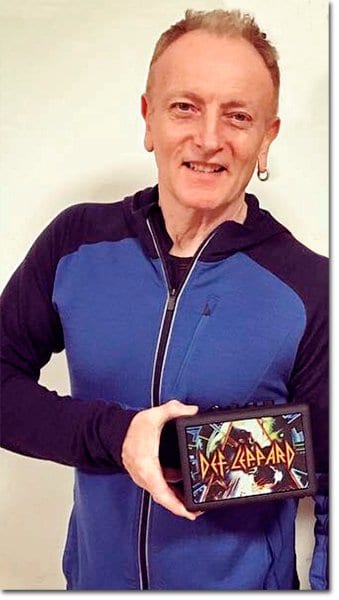 The album is covered by memorable riffs by Phil Collen. The new Fly 3 is identical to the regular version of the amp with all the same features but comes in a special commemorative box and has the album artwork on the front grill. 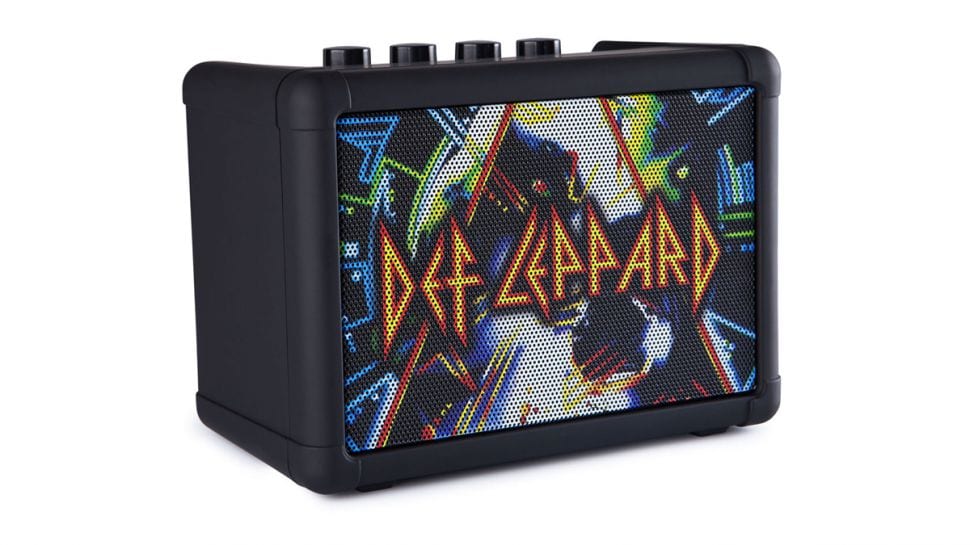 The Fly 3 has Bluetooth connectivity, two channels and Digital ‘Tape’ Delay effect, along with the Blackstar “ISF technology” and a 3-Watt power output. The amp will run from either batteries of an external power supply awill play back mp3 files via an input jack if you want to jam along. So it should serve well as a practise amp to perfect your Def Leppard guitar riffs. The speaker-emulated output lets you practise in silence via headphones.

You can hear the new Blackstar Fly 3 – Def Leppard Hysteria edition mini amp in action in the official demo video below.