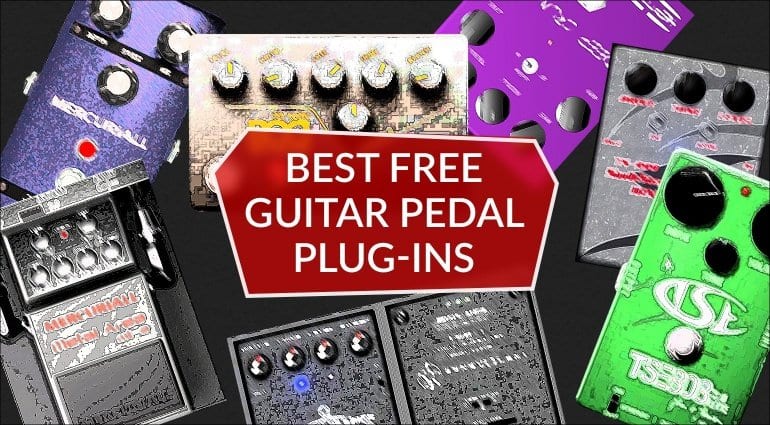 Plug-in modeling technology has come a long way in recent years, and they’re not just useful for enhancing DI guitars anymore  – sometimes it can get you a much better sound than tracking in a less than ideal space or using subpar gear or techniques. We present: The Best Free Guitar Pedal Plug-ins!

There are a number of fantastic full-featured amp simulation plug-ins that come bundled with guitar pedals, but less common are dedicated freeware guitar pedal plug-ins. They may look like they’re designed only for guitar tracks, but they can be used in really creative ways on sources like vocals, drums, and, of course, synths and keyboards.

Some stellar hidden gems are currently available that rival some of the best free guitar pedal plug-ins available today. Let’s dive in! 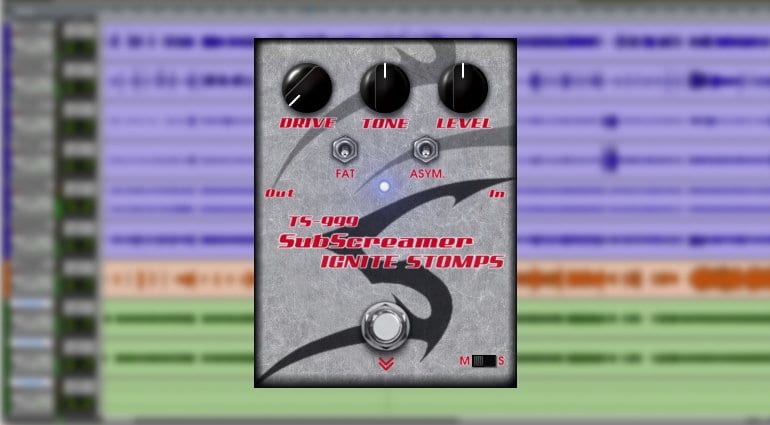 I included this because while it is a take on a Tubescreamer, it has some options that other similar pedals on this list do not. Ignite Amps has a precise way of modeling analog circuits, and that comes through in the sound of their software. Present is the tried-and-true three knob controls, but it also offers a Fat switch that alters the bass response, and a switch to change the clipping from asymmetrical to symmetrical. And how cool is this…it has a switchable buffer! This makes it useful for integrating with a hardware pedal chain to get the most out of your tone. It’s a great complement to a clean sound, and can easily push a dirty sound into sweeter saturation. 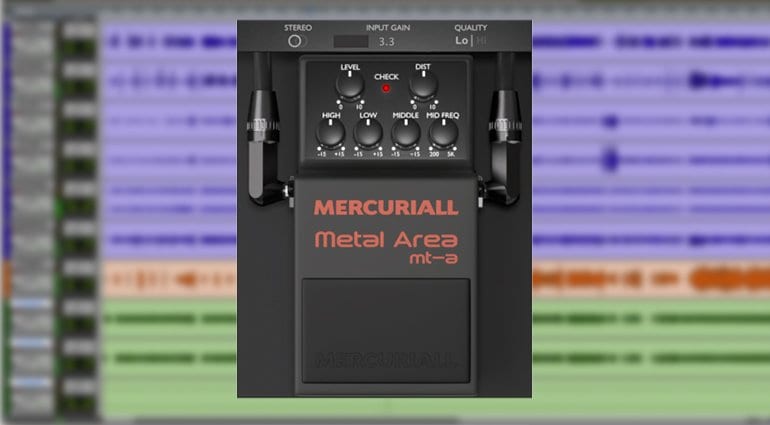 Featuring the signature sound found in BOSS’ notorious distortion pedal, the Metal Area is a recreation of the Metal Zone, and it features all of the gloriously shrill, compressed gain that is so beloved in the hardware pedal version. It offers the same control set and 3-band EQ with sweepable mids, so you can really tailor the 200Hz to 5kHz range. Built upon Mercuriall’s Neural Hybrid Engine technology, in a lot of ways it actually sounds much cleaner and clearer than its inspiration. While it’s built for really high gain sounds, it never seems to get too compressed or smeary – and it can also run in stereo. 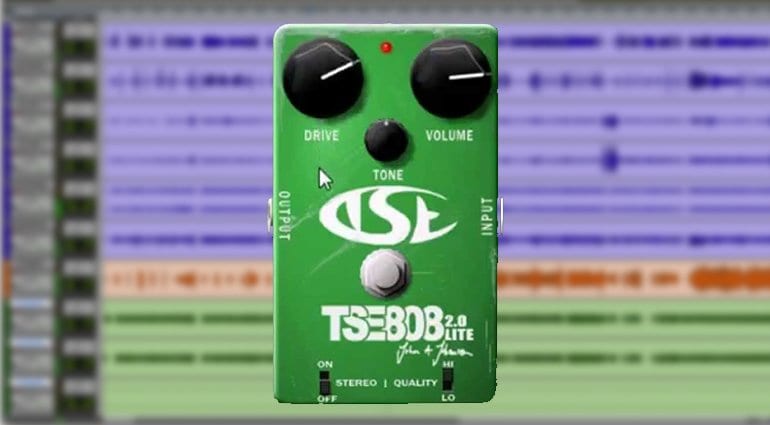 It’s exactly what the name implies – a digital recreation of the most famous overdrive pedal of all time. It provides a solid range of gain with that signature midrange boost that is great not only on guitar, but vocals, drums – pretty much anything you can throw at it. It also has two useful switches that select between mono or stereo operation, and a lo/hi switch which alters the character of how the gain and EQ interact. It doesn’t seem to have as much gain as the actual pedal, but the controls are useful throughout the spectrum of their range in ways that the pedal isn’t. 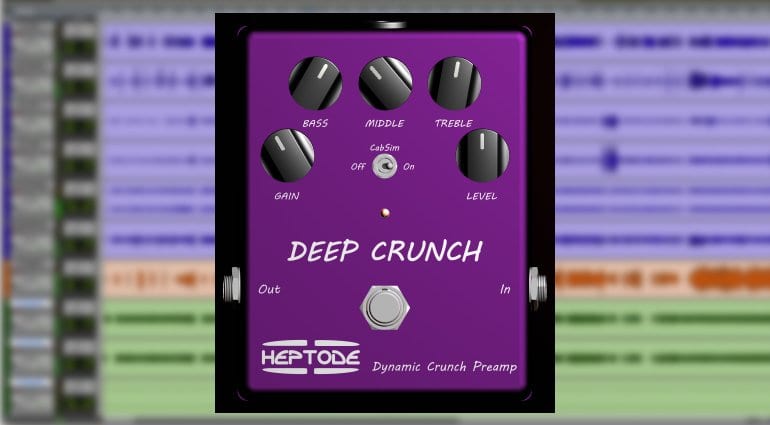 Heptode is a manufacturer out of Asia that makes hardware and software guitar effects, and the Deep Crunch is based off of their analog pedal of the same name. It’s loosely based on the Soldano SLO-100, one of the most popular high gain amps of all time. A 3-band EQ, gain, and level controls dial in your sound, and you can toggle on and off the on-board cabinet simulation. It’s great for all styles of rock, and plays nicely with any source you throw at it. 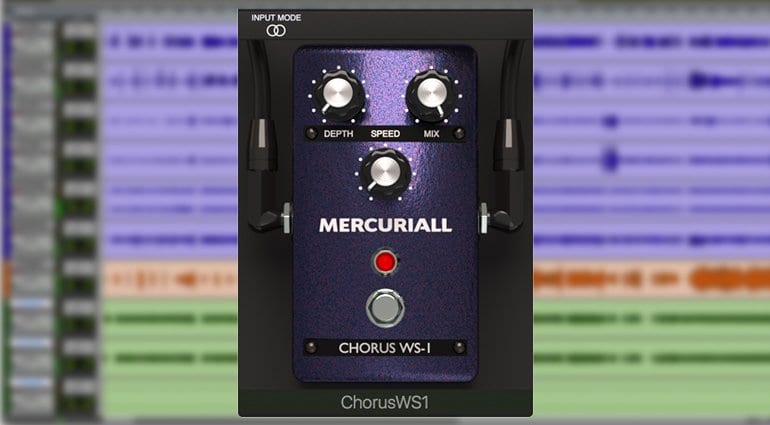 The only modulation pedal on this list is loosely modeled after the BOSS CE-1, the famous chorus ensemble. Control the amount of modulation with depth, and while at lower settings there isn’t much detuning, going above 25% starts to introduce pitch shifting. The speed knob controls the rate of the pitch shift, and mix sets the overall wet/dry balance. It can run in mono or stereo, and while it’s more on the subtle side of chorusing it adds a dimension that is a great alternative to the chorus plug-ins that come bundled with DAWs. 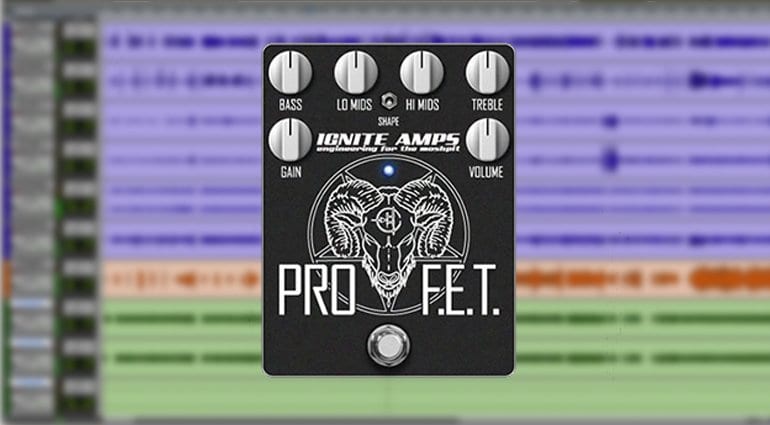 The Pro F.E.T. is a digital pedal that models a high gain JFET-based overdrive, providing all of the saturation and harmonics you would expect from a real pedal. The tone section has four controls over highs, lows, and high and low mids, with a Shape toggle switch that changes the character of the EQ curve. It doesn’t really do low gain sounds, but that’s not why exists. This is a really tight distortion with a fast attack that is perfect for metal and other heavy styles. It supports mono or stereo output, and all controls can be automated within your DAW. 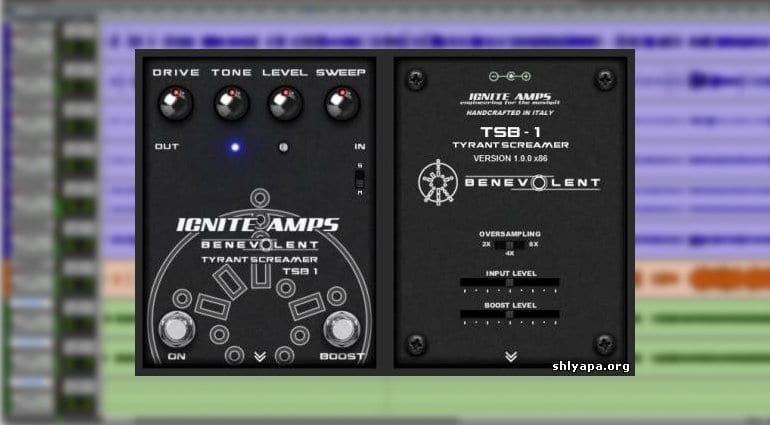 The name is a little misleading. This is an overdrive that has some Tubescreamer similarities, and while the venerable 808 was certainly a jumping off point, the Tyrant is truly built for the heaviest of styles. It’s got the familiar three knob setup, but with an additional sweep control that tailors the midrange. It was designed specifically for down tuned guitars to stay tight and fast with the lower registers. Like the other Ignite plug-ins, it is a meticulously modeled simulation with controls that can be automated, oversampling options, and mono or stereo output. 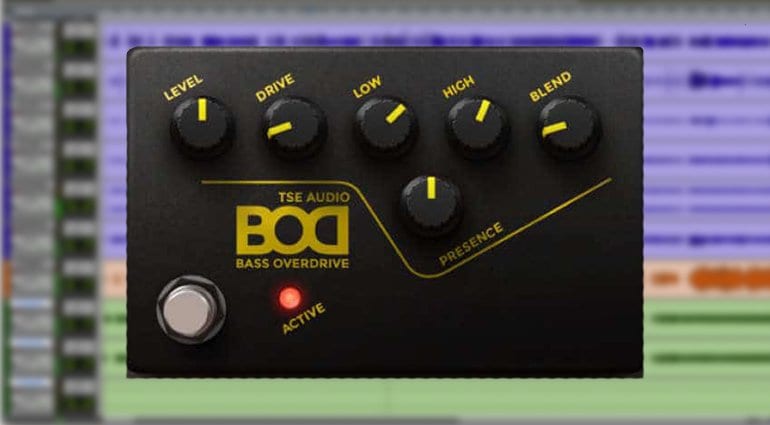 Any of these choices can be used on any source, and while they are designed for guitar they sound great on bass tracks as well. In look and execution, the only bass-specific plug-in here is an obvious take on the Tech 21 Bass Sansamp. It can be used on guitar if you want to get experimental, but the low end is where this thing lives. It has controls over gain and level, as well as high and low EQ. It skips the midrange, but offers a presence control so how the midrange is sculpted is through how the other EQ points are set. The blend lets you bring in some of the clean signal. The BOD is on its second iteration, with even more accurate modeling of the analog circuit of its parent.

What’s your Top 8? Let us know in the comments section below.