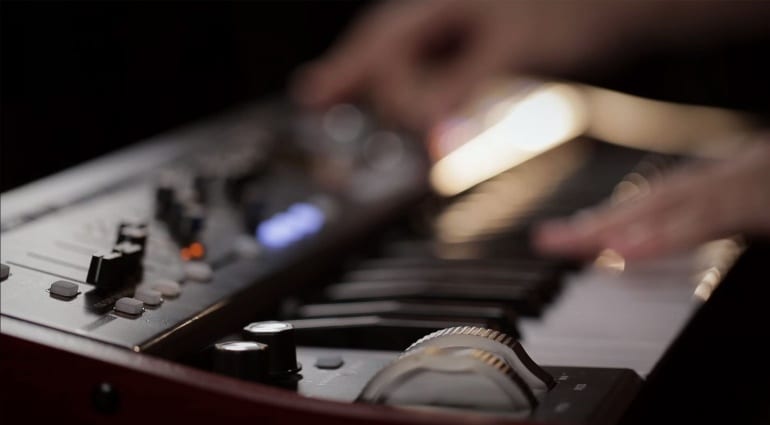 A post on the Behringer Facebook page last night says “It’s analog – not digital. It’s discrete – not modeling. And it sounds amazing!”. Could Behringer finally be revealing the synth that’s been rumoured for over 6 years?

Update: Yes it is!

Back in 2010 there was a rumour of an imminent Behringer synthesizer called the Phat 108. It turned out to be a concept design to create a bit of a stir around a survey and competition run by Amazona.de. However, the rumours persisted and we’ve kind of been waiting for something to come along ever since.

In 2014 there was a terrible tease of a Facebook post asking “How would you feel if we build an authentic ARP Odyssey synthesizer, but with a unique 3-mode VCF circuitry (that replicates all MK I to III versions) plus full Midi/USB implementation?”. It included this mock-up image and suggested it would cost $500. 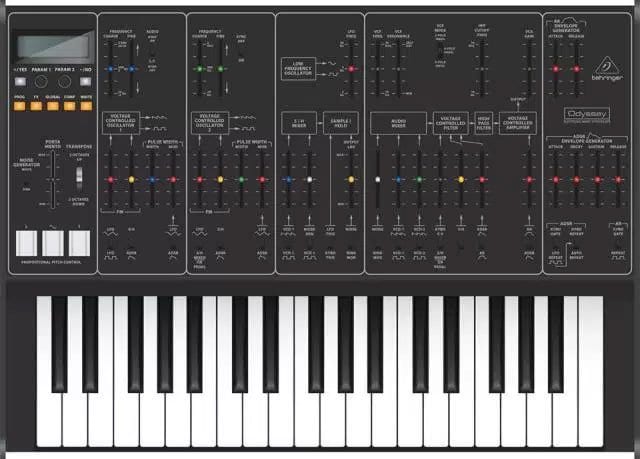 Last year company boss Uli Behringer revealed that they are indeed working on a polyphonic analogue synthesizer. He said that they’ve put a lot of development time into analysing the old circuits of vintage synths. Then in November 2015 Peter Grandl, chief editor of Amazona.de was called in to try the prototype. He reported the following:

The rumour mill then churned with the idea that Behringer were going to reveal a new synth at the winter NAMM 2016. Sadly it was not to be. Musikmesse came and went without a Behringer born bleep or blip. But now, could this be it?

What we do know is that it’s an analogue polysynth. It’s not an Arp Odyssey clone and leans more towards Roland than Moog in character. Mr Behringer has always had a passion for synthesis and this feels like the realisation of a childhood dream. It’s likely to be cheap, likely to be silver and black and personally I think it’ll be awesome. Behringer often get a hard time for producing cheap clones of other gear but actually, in my experience, most of their stuff is great. It’s great value and it works – which is no bad thing.

More information as we get it. Currently nothing new on the Music-Group Behringer website. Also keep an eye on the Facebook page.

A teaser video has just emerged!