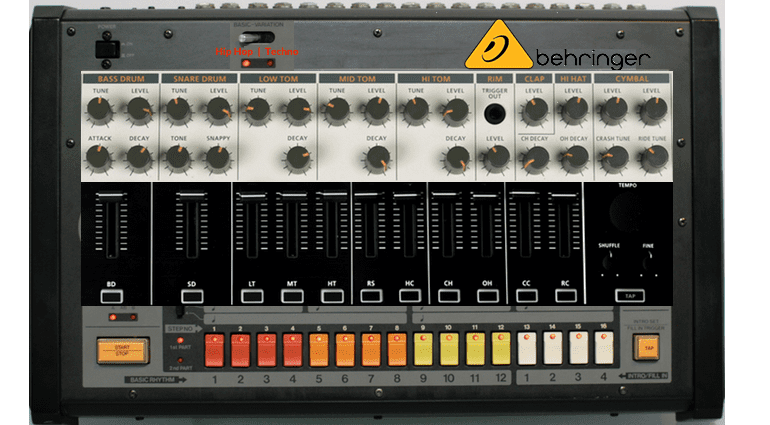 With its DeepMind 12, Behringer has already caused a few open, watery mouths. Although it’s not available yet, a lot of people are looking forward to this promising product. Now Uli Behringer’s team is going a step further and intends to come up with a drum machine. An analogue drum machine.

The company is using Facebook to gather ideas for the new unit. They used the same approach for the DeepMind 12, and evidently want to listen to musicians’ opinions. Old and modern sounds in an up-to-date package, that kind of thing. The company is asking everyone to throw in their opinions.

I’ve done a quick mockup of my ideal drum machine. It’s a mix of well-known products: the buttons (sequencer) and basic design of the TR-808, the instrument section from the TR-909 (albeit in my version without sampled instruments), and the new TR-8’s fader section. The basic sound should be globally switchable, let’s call it Hip Hop and Techno modes. 😉

The guys from Ask Audio made their own mockup. They envisaged a display, waveshaping and 12 voices. But they want the TR-909 instrument section, too. 😉 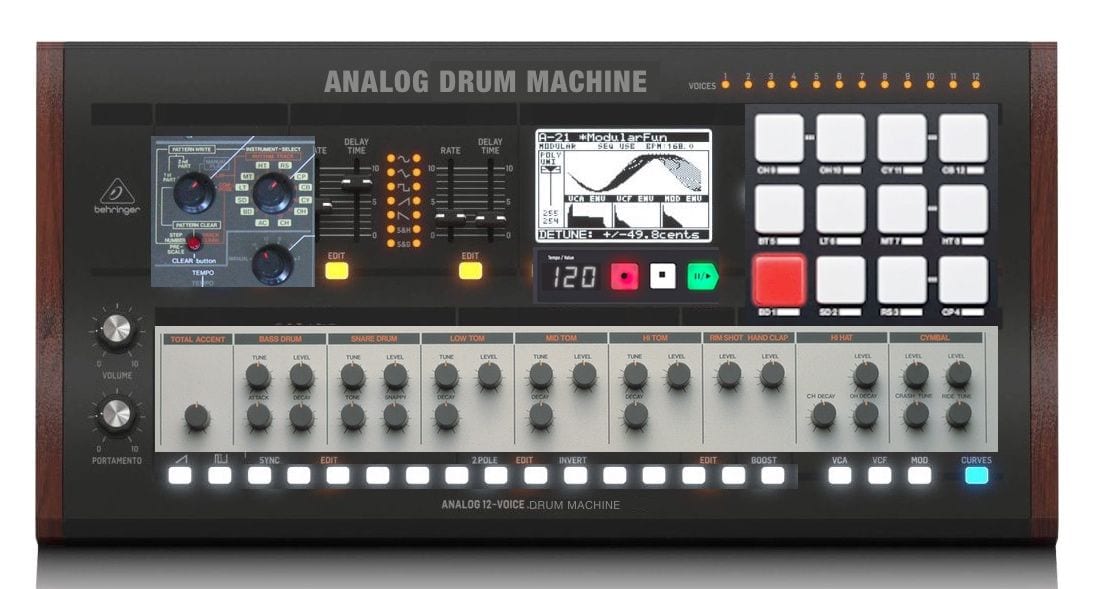 Some of the Facebook users have come up with some interesting requests, too: Analogue sounds with digital control and knobs that let you quickly access your self-built presets, Sequencer-based automation, individual audio outputs and digital USB output, modulation features like DSI’s Tempest, the option to use your own samples and process them in the analogue arena, a randomizer for generating patterns, MIDI CC control, trigger inputs – and all this for $600.

Some even want a copy of the Arturia DrumBrute. They’ll have to wait, however, as that unit isn’t even on the market yet.

I’d like to see the AR interface that we’ve seen teasered for the DeepMind 12. If they take that idea and go with it, we might all one day be able to make music on the holodeck or perform live with some amazing movement. 😉 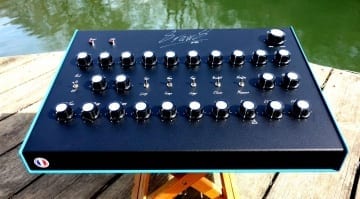