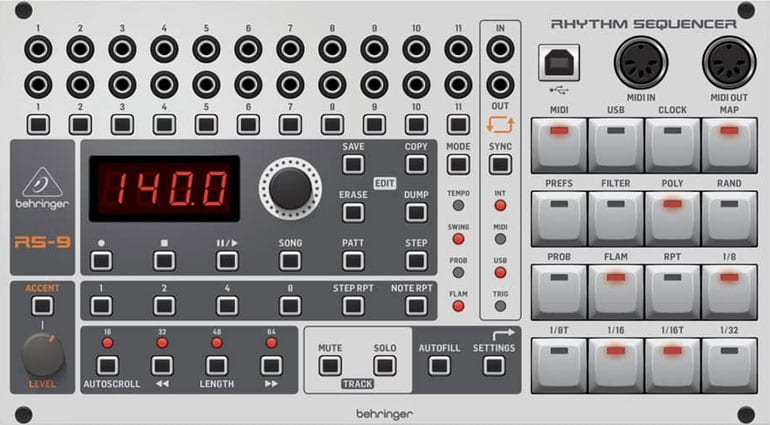 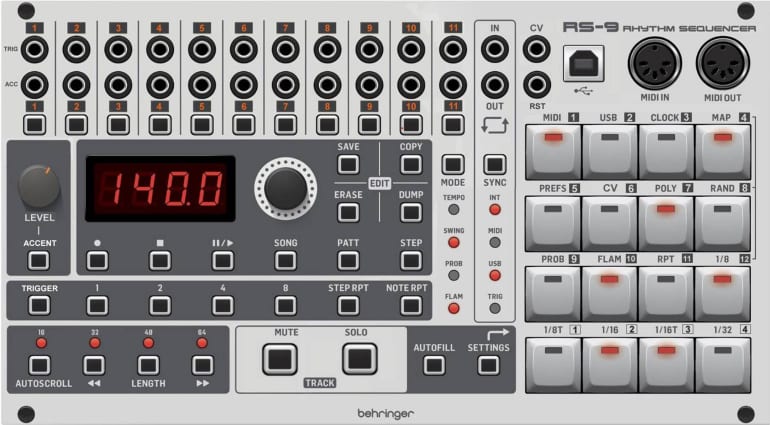 Behringer would like to know whether you think an RD-9 based Eurorack drum sequencer would be a thing you might want?

It seems to be called the RS-9 and takes the general idea of their long long long awaited RD-9 drum machine clone of the Roland TR-909 and squeezes it into a Eurorack. Rather than miniaturising the buttons they’ve put them over on the right in a 4×4 grid. There’s no trace of any sounds so I’m assuming this is just the trigger sequencing part of the RD-9. Maybe they’ll release a companion module that has all the sounds in? Makes you wonder why there are 11 inputs above the 11 outputs. Why would a trigger sequencer need inputs for every channel? Unless this is modelled on the very similar-looking Erica Synths Drum Sequencer in which case those inputs are actually accent outputs.

In the Behringer echo chamber of fan-based Facebook groups a hundred people immediately go “yay, yes please!” and I wonder whether conducting market research in this way is remotely constructive or even qualifies as research. They say that they make all their decisions based on community feedback and so I guess they’re just going to keep on making stuff. Drowning in cheap gear you’ll hear them shouting “yes please”, “we’d love another synth” and “where the f*ck is my RD-9?!” as they slip beneath the surface.

Behringer says it’ll cost $149 which is an amazing price point. They’re going to need to back it up with some drum sound sources so could we also see an RD-9 sound module and an RD-8 and RD-6 one. That could be interesting. Behringer hasn’t thought outside the box yet with Eurorack and has been content to replicate old modular systems so this could see them cutting into more recent and relevant Eurorack markets.

Although I’m slightly sceptical of the usefulness of asking whether their fans want a particular product, what is interesting is that it generates a lot of feedback and suggestions to the initial idea. Behringer has incorporated a lot of it into a new draft image: 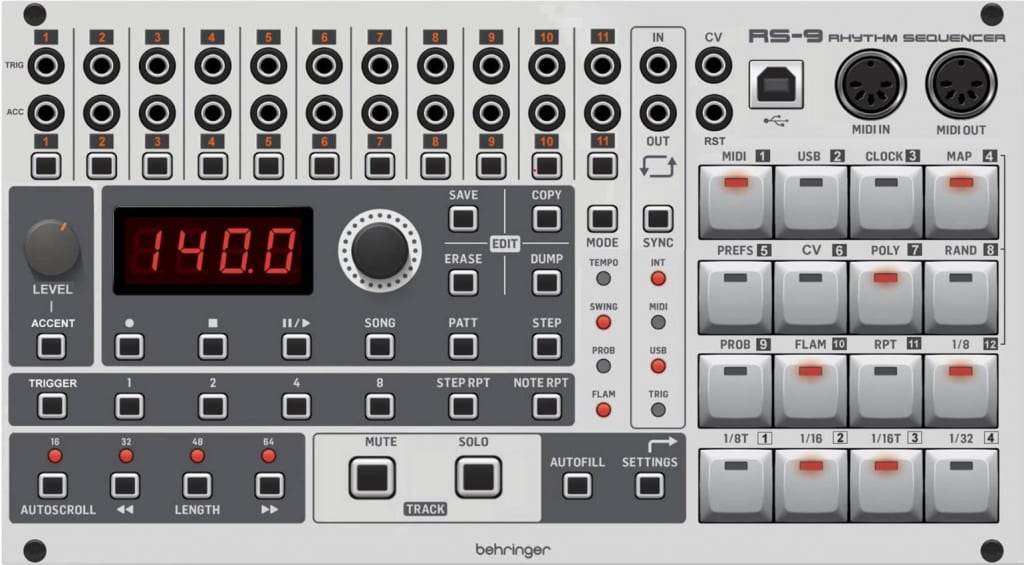 You can now clearly see that the second row of sockets are accents. The labelling is better, there’s a Trigger section, deeper level of options on the keypad and it has a Reset input. So the whole concept of “give them what they want” is being played out to great effect. 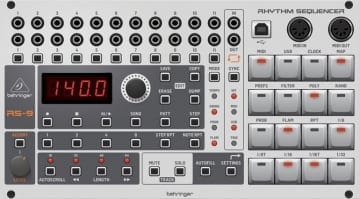 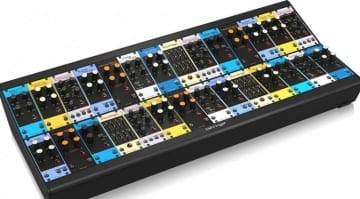 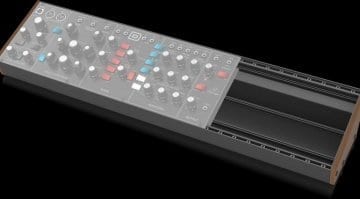 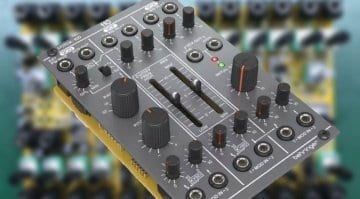 Behringer Pricing is great. I wish other companies could do the same.
Pricing is one reason people say ya ya make it. I don’t blame them. Some of these modules are over priced and offer very little.

Regarding the module above the RS-9 it is a very nice looking modular.
I know everyone is craving 808 and 909 sounds but there are other sounds out there. And I don’t want to purchase individual modules with one sound on it. It’s not worth the rack space. It would be nice if I could import my own samples on the RS-9. It’s got a usb plug. Allow me to import a complete drum kit with this unit.

I’m not knocking this unit. Price point & design look great. Now if I could use samples directly to the same unit for a slightly higher price I would purchase that.

There is a market for this unit. Sold as the current design or improved with additional feature, people will buy.

I would buy this for 300 bucks eurorack realestate is expensive

So it’s an Erica Synths drum sequencer clone with some 909 sequencer features in it. The pricing is so cheap it barely makes sense but as with all their gear, you get what you pay for.

I’d rather have a modern and smooth sounding analogue drum machine with lots of possibilities, per hit programming/modulation etc, than a 808/909/606. They should make a new machine, not a clone.

I’d be excited for a Eurorack 909 but just the sequencer is not anything special. You can do the same thing with a Pamela’s or simpler units.

Not a bad way to go though is it?
Surrounded by once unobtainable vintage recreations and other more modern gear.
Cheap implies a shoddy product but maybe the terminology should be extreme value for money!
Only drowning in a vat of Romanée-Conti Grand Cru 2005 – Domaine de la Romanée-Conti might be preferable.
Yes definite you know what reference there lol
I never thought I would be in a position to have the choice between 2600 monopoly or a pro 800?
Or should I build up more system 100s ?
When do I get that moog sound?
If your a synth fan and on a budget its a no brainer Behringer are producing stuff at a frenetic rate that people are buying and that sound amazing.
Do they ask rhetorical questions of their fan base?
Do you think Robin that a drum sequencer paired to different sound modules or in deed other manufacturers drum modules at that price point would not sell?
Behringer know what there doing and I bloody love it especially given the price of the erica synths drum programmer.
Keep up the good work Robin 👍

Oh I think it would sell by the bucket load. My cynicism was purely about why Behringer ask their fans if they’d want one – of course they would! What’s more interesting actually is that Behringer received a bunch of suggestions and have since updated the image with some of those ideas. That’s the question they should be asking – “We’re making this, how should we improve it?” Makes more sense to me and a better use of their community.