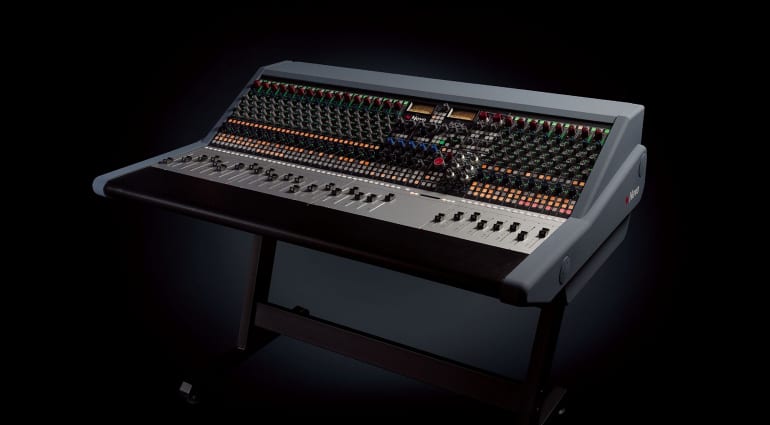 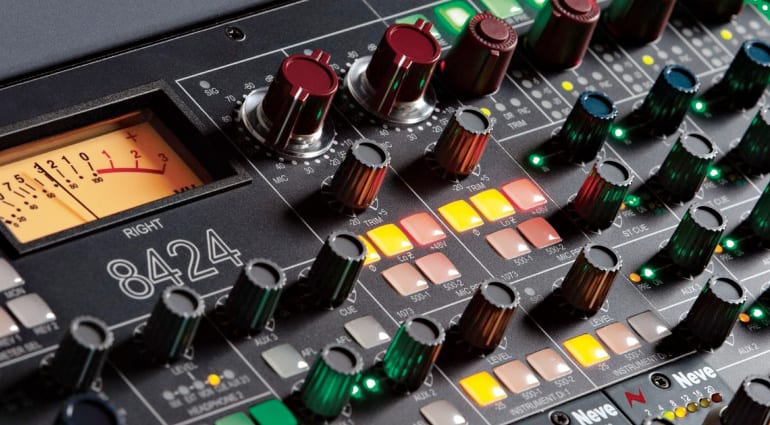 AMS Neve has introduced the new 8424 console. The compact mixing desk is designed to bring the sound of the 80 series to modern hybrid studios. With features like in-line DAW inputs, an onboard recall system and provisions for recording in the control room, the 8424 was developed with modern, DAW-centered workflows in mind.

According to AMS Neve, the 8424 was designed to combine an in-the-box workflow with the sound of outboard gear. With this concept, the console is aimed at project studios, professional studios and educational institutions. The manufacturer claims that it is set up to handle all aspects of a production: recording, mixing, monitoring and mastering.

To accomplish this, the AMS Neve 8424 features dual-input channels that let you switch between recording and mixing inputs without having to fiddle with the routing. The desk offers 24 line inputs, dual 1073 preamps and dual instrument DI inputs. The dual cue mix system with talkback/return capability and dual headphone amps allows you to record directly in the control room, AMS Neve says. 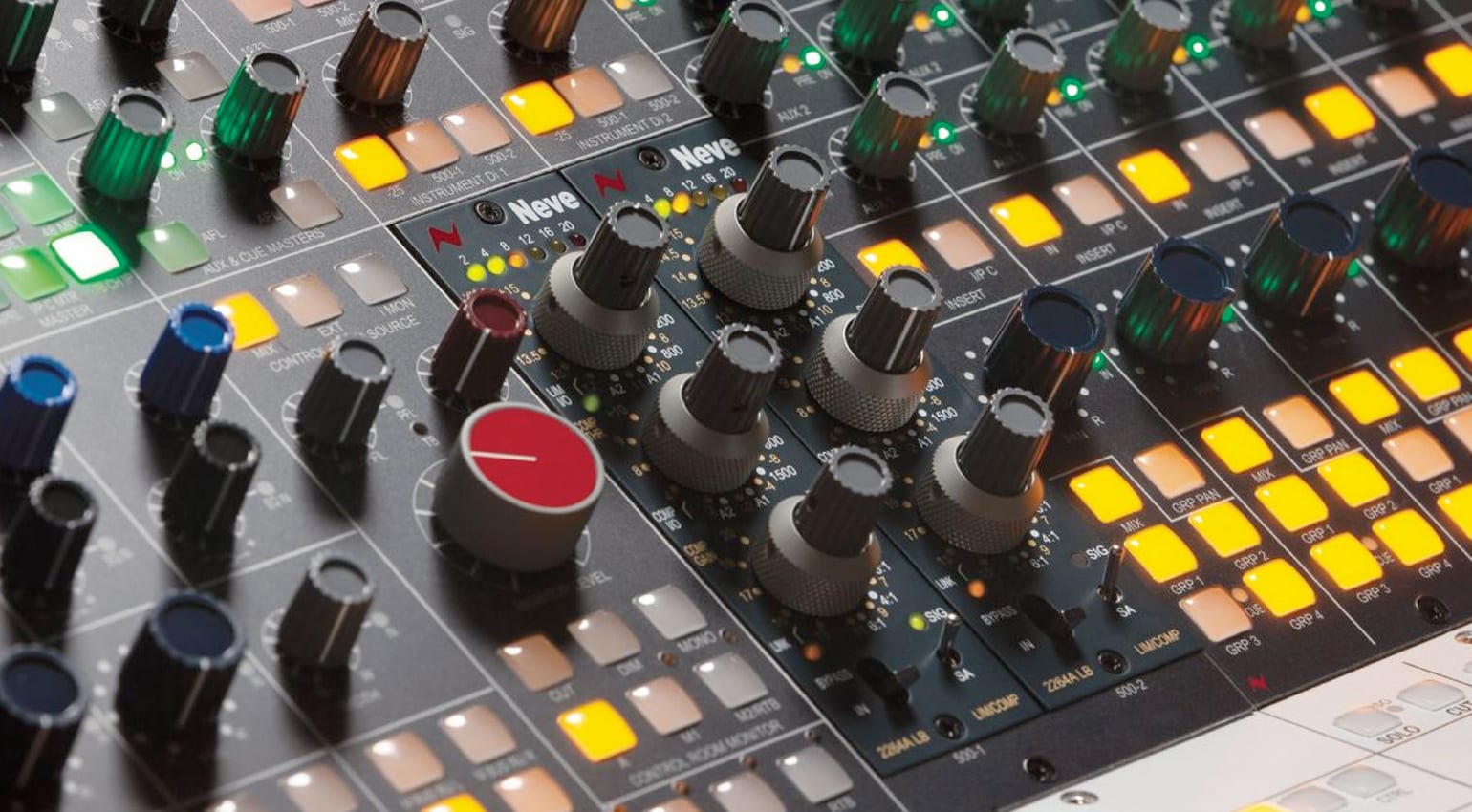 With 24 DAW returns in the input channels, the 8424 becomes a summing mixer for your DAW channels. There’s also a 48-mix mode, which lets you mix 48 mono channels at once with individual volume and pan controls. The mix, cue and AFL busses are equipped with Marinair transformers. Mono and stereo aux busses let you connect outboard gear and return the signals through the 8424’s two stereo returns. Furthermore, the console offers four mono groups with 2-band shelving EQs, inserts and direct outs. The stereo mix bus also features a 2-band EQ and a stereo insert, as well as stereo width control.

With switchable insert points in each channel, group and mix bus, the 8424 offers many options for connecting outboard gear. By adding two 500 series modules to the console’s expansion slots, you can also build your favourite processing chain right into the mixer. 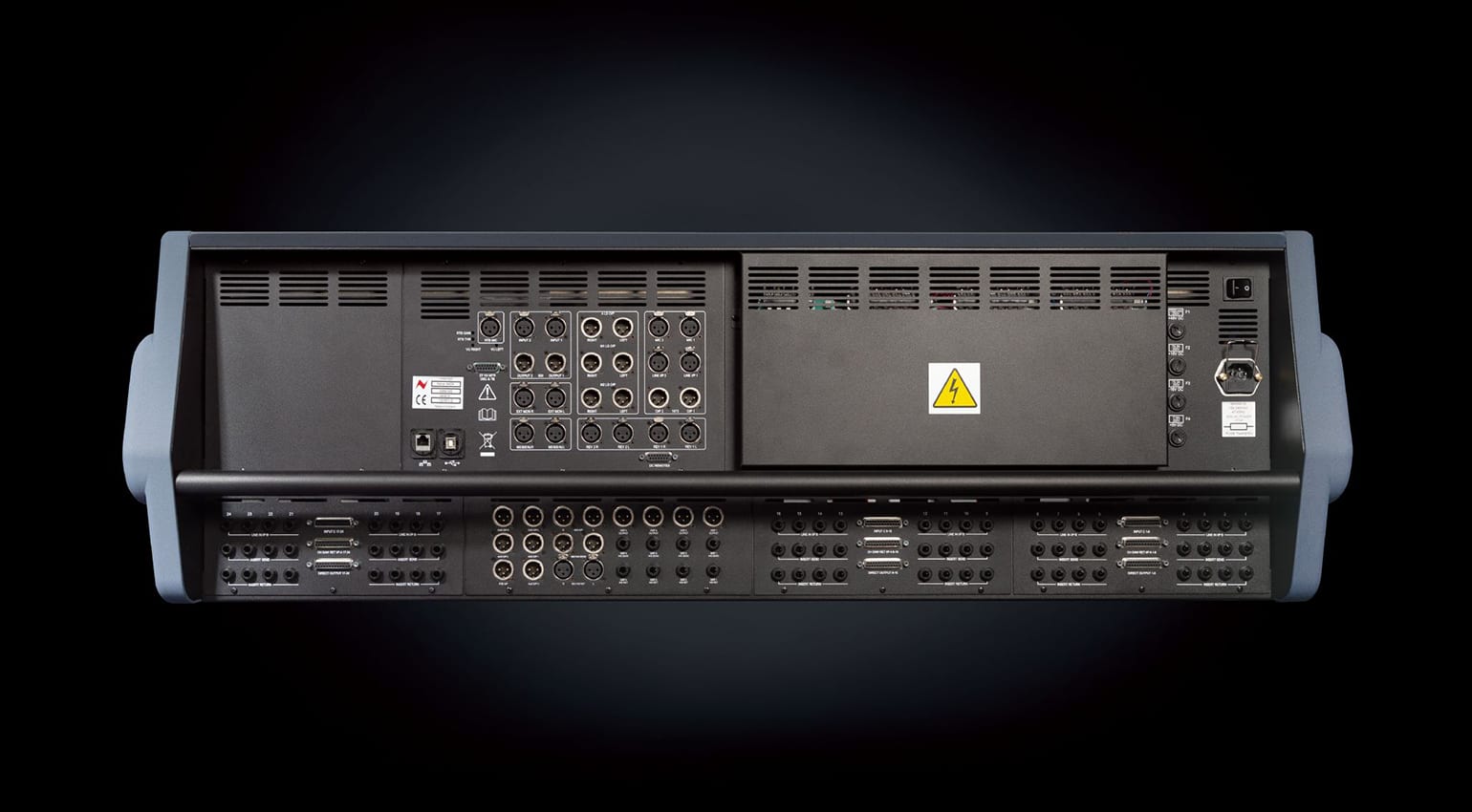 One major issue with hybrid DAW and analogue workflows is the ability to recall the settings of a session. According to AMS Neve, the 8424 solves this with an onboard recall system, which lets you save and recall all settings, faders and pot positions.

I think the AMS Neve 8424 looks like a well thought-out mixing desk that suits modern workflows. At first, I was a bit disappointed that there are only two 1073 preamps available. But many modern productions rarely use more than two preamps at once, so that makes sense, too. If you need more, you can always add them externally.