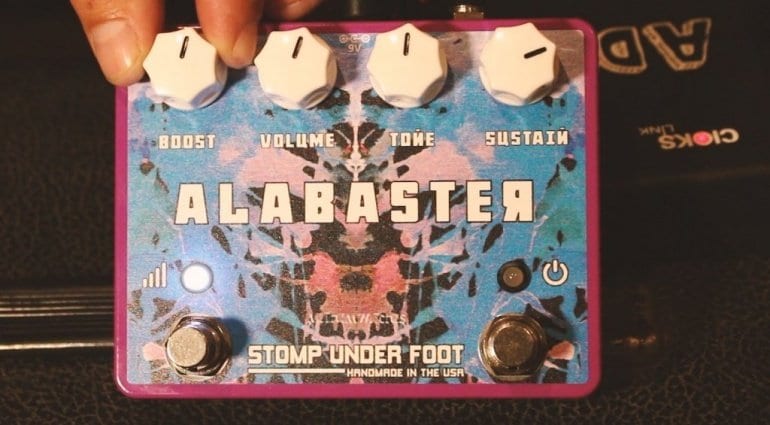 Stomp Under Foot’s new Alabaster is a signature fuzz pedal designed with and for All Them Witches. The company specialises in making Big Muff-style dirt boxes and so this new Russian-flavoured Muff clone is the perfect box of joy for this US stoner rock band.

The Alabaster is a Russian-flavoured Big Muff clone that has an integrated clean boost circuit to give it an extra kick, just in case it wasn’t loud enough already! All Them Witches‘ drummer Robbie even did the artwork for the pedal, which is based upon one of the band’s record covers. It really is an archetypal stoner rock fuzz box and the simple control layout of Boost, Volume, Tone and Sustain gives you more than enough options in dialling in your desert stoner fuzz tones. There are two footswitches on the front, one for engaging the fuzz and the other activating the boost circuit to give you a little extra output when you need it.

There appears to be a glut of boutique Russian-style fuzz circuits emerging lately. But it’s not surprising, as some of the fuzz pedals from the Soviet era are great fun to play and tweak, so we can’t blame all those purveyors of boutique pedals for using those units for inspiration. Just in the last few weeks we’ve seen the launch of Rocket Surgeon’s Boris, the Keeley Tesla MKIII and, at NAMM in January, the Way Huge Russian Pickle, to name but a few.

I quite like the simplicity of the unit and the demo video below gives a good overview of its core tones. It’s being produced in limited numbers at the moment and you need to pre-order from the link below. 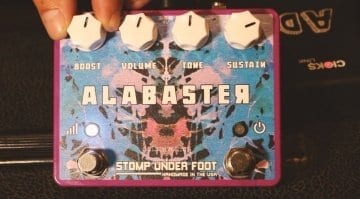 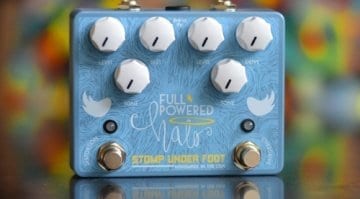 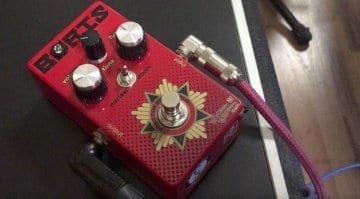 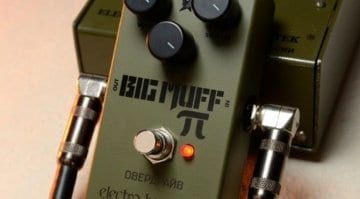 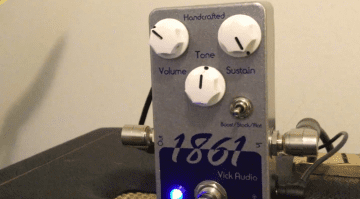