Last month I reported on Soundcloud’s difficult financial situation and how, for me at least, I couldn’t see any need for what the subscription options offer. The free service was so good for the majority of users that I wasn’t sure how they ever hoped to be making money. We’ve just heard, via digitalmusicnews.com, that according to “sources” SoundCloud will turn into a subscription only-based paid service by July, removing the free account entirely. They currently have 175 million active users none of which are paying for that service, which is a huge user base that I guess has to be leveraged in some way in order to make the whole thing work. The recent deal with Universal Music was apparently on a promise that they launch a serious, functional subscription platform. This is all tied in with rights management and copyright recognition that has been lacking in SoundCloud up to now.

We all love free stuff. SoundCloud has been enormously useful for me in providing a simple way to add my own music to websites and stream tracks in the hope of tempting people to buy – maybe I should be paying for that. But it’s not entirely commercial either – I’ve put up old songs and demos just because they exist and I like the possibility that they’ll get heard. It’s that sort of thing, the spread of free original music and undiscovered gems from the creators themselves that will suffer under a subscription service. I don’t use it often enough to warrant a subscription and I don’t produce enough music to make it worthwhile. I would prefer a simpler idea or maybe an alternative that could run alongside subscription which would be to charge per upload. I’d pay 50 cents or a dollar to upload a track, that would seem completely reasonable to me and if 175 million people do that then Soundcloud are back in the black. 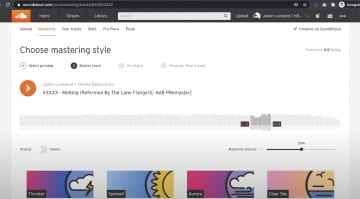 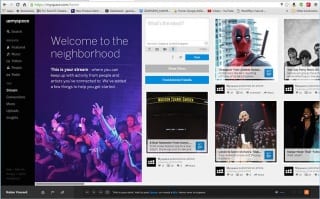