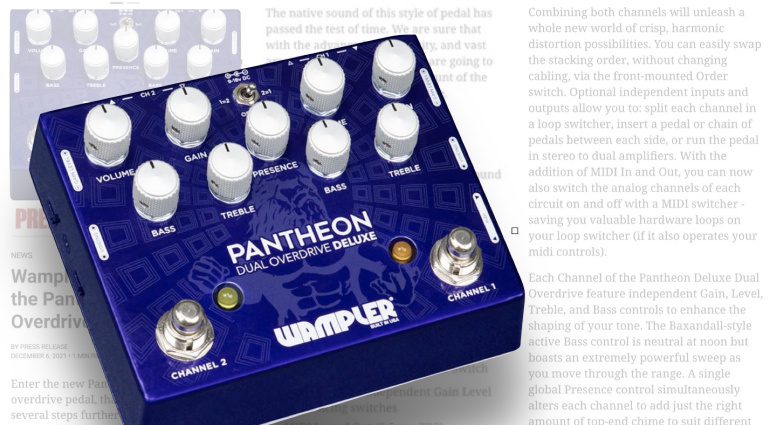 Brian Wampler has been teasing the Wampler Pantheon Deluxe Dual Overdrive for a few days via Instagram. This new pedal combines two Pantheon circuits into one, with MIDI, and has around 200 drive combinations on offer.

The new Wampler Pantheon Deluxe Dual Overdrive leaked online late last night, when Premier Guitar accidentally put an article out, with all the details and images of the new stompbox. It was then shared all over social media via groups like That Pedal Show Official Fans Group on Facebook.

Yo, dawg, I heard you like the Pantheon… …so I put a Pantheon in a Pantheon – Brian Wampler

Wampler had already stated that the official release would be at 12.07.21 – 09:00 EST via the official Wampler Pedals Instagram account. But, by then, this blue cat was already well and truly out of the bag! 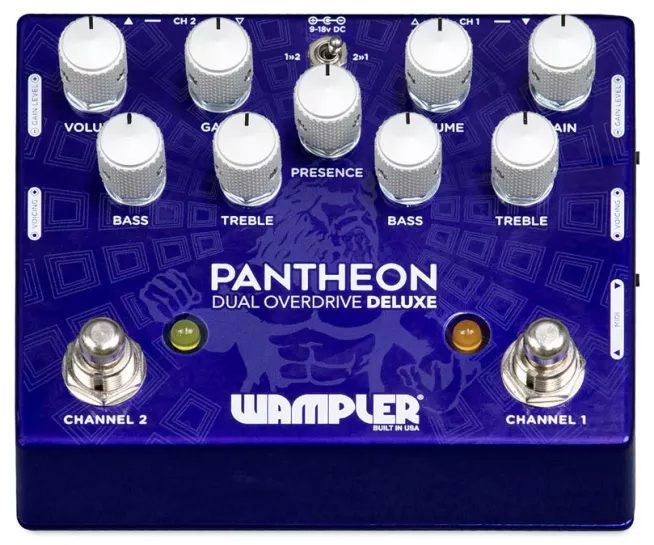 Channel One is a classic Blues Breaker-voiced overdrive circuit, while Channel Two leans towards a ‘more modern boutique sound’. The two channels can be stacked, or swapped around. You also have two sets of inputs and outputs, so you can configure this twin overdrive pedal in a myriad of ways. According to Wampler, there are 200 combinations of gain settings available. These include “organic creamy gain” through to “gritty overdrive”, as well as full-on saturation.

Each channel has independent controls for Volume, Gain, Treble and Bass, and there is a global Presence control. The Bass control is an active Baxandall-style eq, that is neutral at 12, and with lots of control over the low-end response.

A new king in town

The Pantheon Deluxe Deluxe Dual Overdrive is built in the US. The pedal takes a 9-18V DC power supply and draws 55mA. There is no waiting list and the pricing is very competitive for a boutique dual overdrive. Especially with all these features. It may well become the new ‘go to’ overdrive pedal for many players who don’t want to get ripped off on used Analogman KOT v4 pedals, or aren’t willing to wait nearly 3 years to get their hands on a regular priced one direct from Analogman. 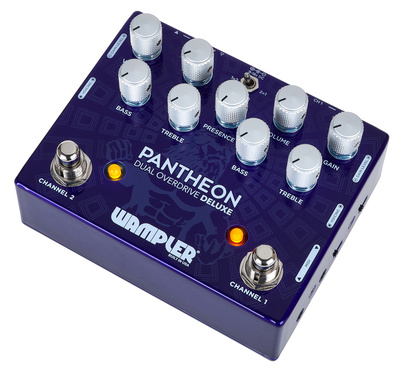 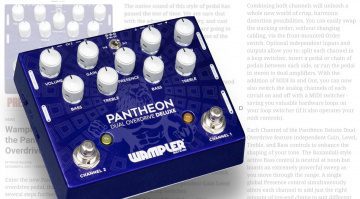 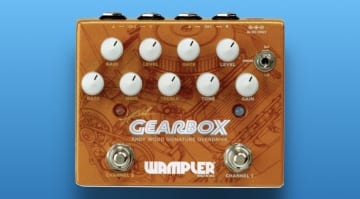 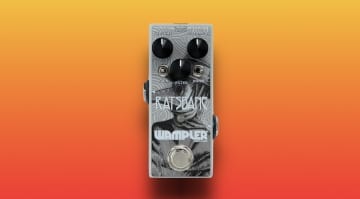 Wampler Ratsbane: A mini-pedal version of the classic RAT distortion 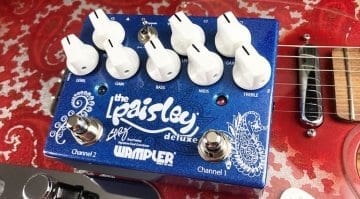 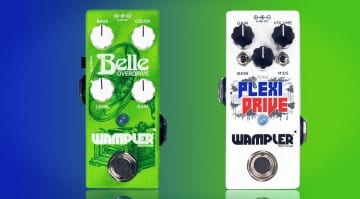