Walrus Audio has just unveiled its new Slö Multi Texture Reverb pedal. Judging by the early demo sounds, this thing has some beautiful ethereal sounds available, with both octave and modulation textures.

The Slö Multi Texture Reverb has three algorithms onboard, harbouring some fantastic sounds. Dark adds in a blendable lower octave whilst the Rise gives you an ambient auto-swell. Dream has a useful latching function via the pedal’s Sustain footswitch. 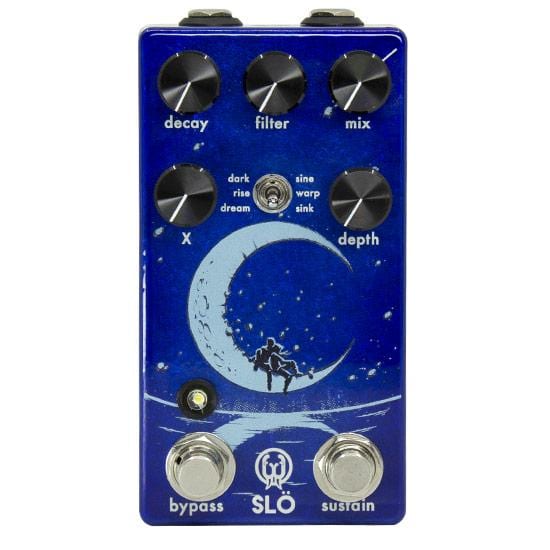 The front panel also has controls for  Decay, Filter, Mix, plus the mysteriously named and mode-specific X knob. There’s also a Depth control. These settings let you adjust the modulation speed when combined with the pedal’s bypass footswitch. The Slö also has some secondary toggle switch functions that allows you to choose between different wave shapes for the modulation side of the effect, including Sine, Warp and Sink.

Take a listen to the official video demos below. It sounds pretty luscious. I can see this being popular with players that enjoy textural styles and ambiences. If you need huge washes of sound, this might be a creative, inspiring effect.

The pedal reminds me a little of the Hungry Robot The Wash, which I wrote about back in 2016. I was so impressed by that one that I went out and bought one myself not long after I wrote the article and this new Slö is giving me the same ‘wallet trembling’ sensation!

I was pretty impressed by the demos and would like to try one of these out sometime. There are some nice textural tones available that I feel would be good for starting some of my song ideas. It has hints of classic Pink Floyd and touches of Porcupine Tree in there somewhere. It might be best suited to Prog Rock and experimental players, I feel, and certainly worth checking out if you like any of these styles of music.