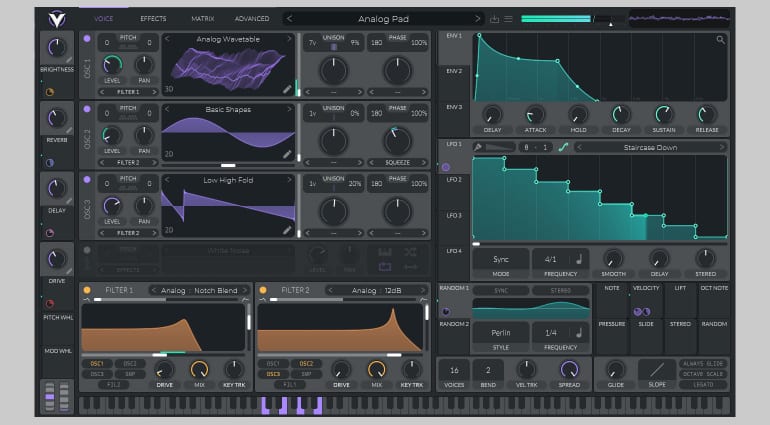 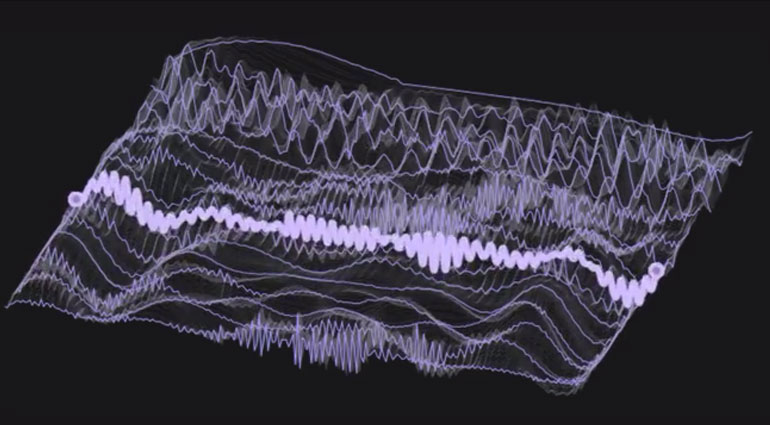 Matt Tytel has been releasing small feature videos of his forthcoming Vital wavetable synthesizer and it’s looking pretty fabulous and should be getting near to release. UPDATE: It’s here!

Matt is a synthesizer designer and game developer who released a software synthesizer called Helm in 2016. It’s subtractive, semi-modular, Open Source, runs on everything and is available on a “pay what you want” basis starting at nothing. It’s a good looking and great sounding synthesizer.

Since then he’s been working on another synthesizer, this time in the realms of wavetables and he’s calling it Vital.

UPDATE: Vital is now available and it looks phenomenal. The sound, the possibilities and the animations in the interface are amazing. And best of all there’s a completely free version that’s simply amazing.

You can pretty much follow the development in his Twitter feed. From around 2018 there are regular posts of graphical developments as the synthesizer begins to evolve. Whether it’s working on anti-aliasing, LFO animations, wavetable development or morphing it’s quite a fascinating journey.

Anyway, over the last couple of months he’s started posting videos of various features and has a website up with a release date of nothing more helpful than “2020” but it does look like it’s all coming together.

Vital is all about wavetables. You can create them from scratch, import samples, use interpolation between waveforms, warp existing wavetables or even generate wavetables from text. He says that the oscillators are super-clean with an extremely low noise floor and almost no aliasing while being very CPU efficient.

The game developer side of him comes out in the attention to modulation animations. All of the various parameters offer visual feedback with animations running at 60fps. The graphics are optimised for the GPU and so shouldn’t have an impact on the CPU.

Modulation is also available in stereo and can push parameters in different directions in the stereo field.

This video of audio rate filter modulation is a really good example of what’s coming:

The whole project is looking really interesting and I’m looking forward to seeing it fleshed out a bit more as it nears release. His latest tweet says that he’s very keen to release it but “it has to be perfect” which could mean anything and anytime. You can sign up for more information on the website. 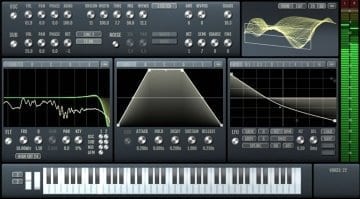