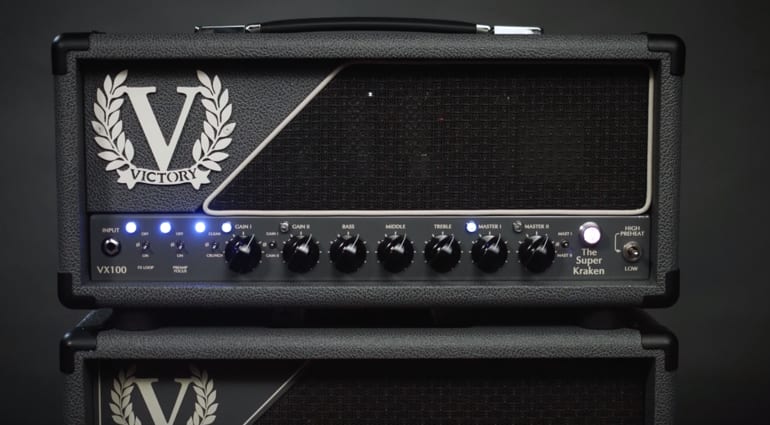 Victory Amps’ new head is called the VX100 ‘Super Kraken’, built with the aim of giving you even more amp for your money than its predecessor, the 50-Watt ‘Kraken’. But has enough been added to justify the prefix ‘super’? It turns out that amp designer Martin Kidd and guitarist Rabea Massaad have been busy indeed…

Originally teased back at NAMM 2018, the new Victory The Super Kraken is an update to the original The Kraken amp, adding a fefw new extras. These include a footswitchable clean mode, a Preamp Focus and a higher output rating, delivering 100 Watts from four 6L6 power tubes (the original maxed out at 50).

Now you have a decent clean channel at last! And a handy boost via the Preamp Focus switch – this is essentially an EQ that is footswitchable and gives you a tighter more focussed tone, akin to kicking in an overdrive pedal before an already dimed amp. The video mentions that TubeScreamers are often used for this; apparently the Super Kraken’s designers wanted a similar option on board. 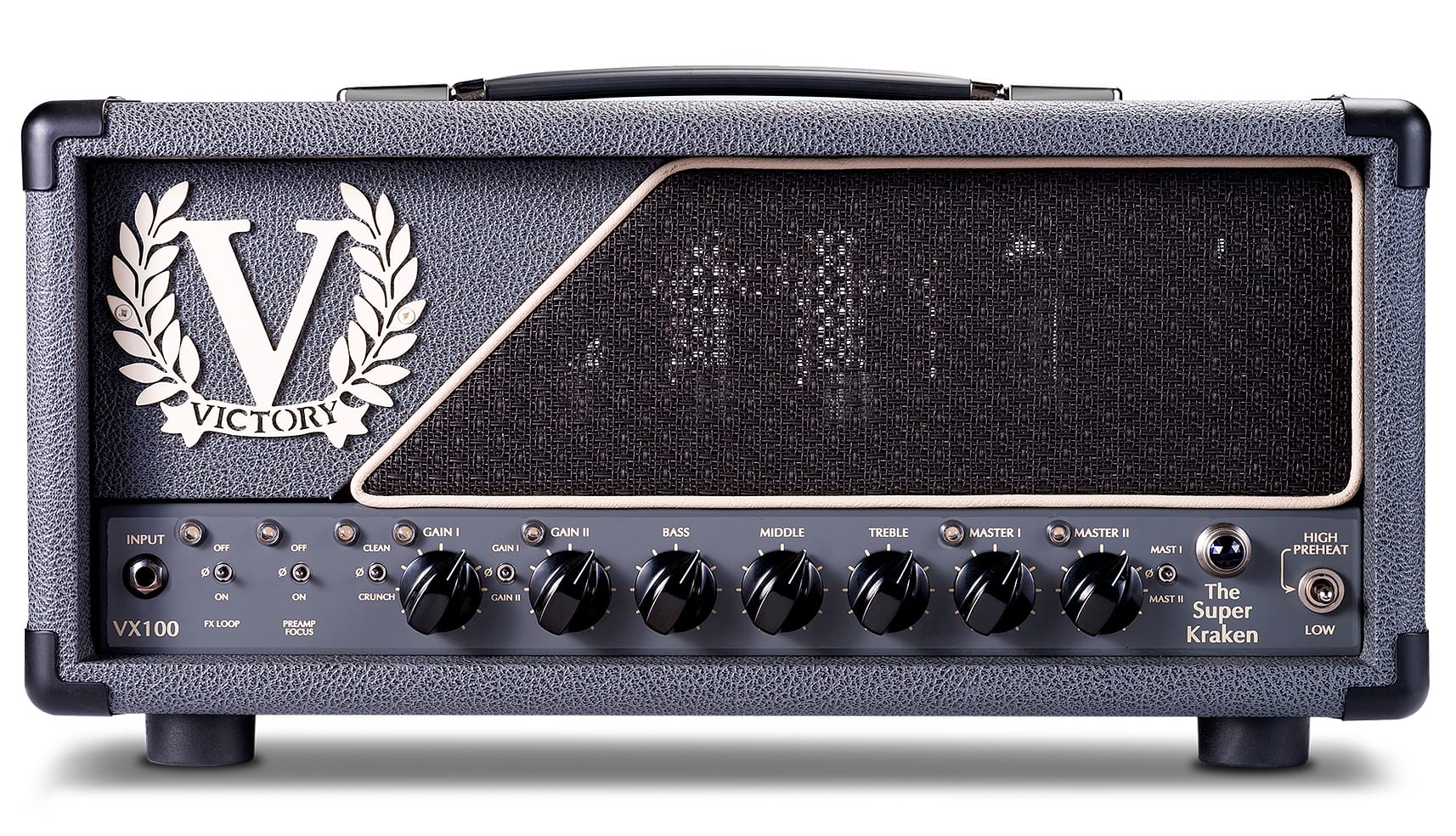 By using a high-voltage FET, amp designer Martin Kidd has managed to squeeze in a little extra kick. You can use a footswitch to kick in the Preamp Focus, which is a great option for solos etc.

There is also a Bass Focus option for the power section. This helps keep the low frequencies under control and stop the amp getting too flabby and loose. You also get a useful footswitchable FX loop, assignable/footswitchable dual masters and full MIDI switching capability. 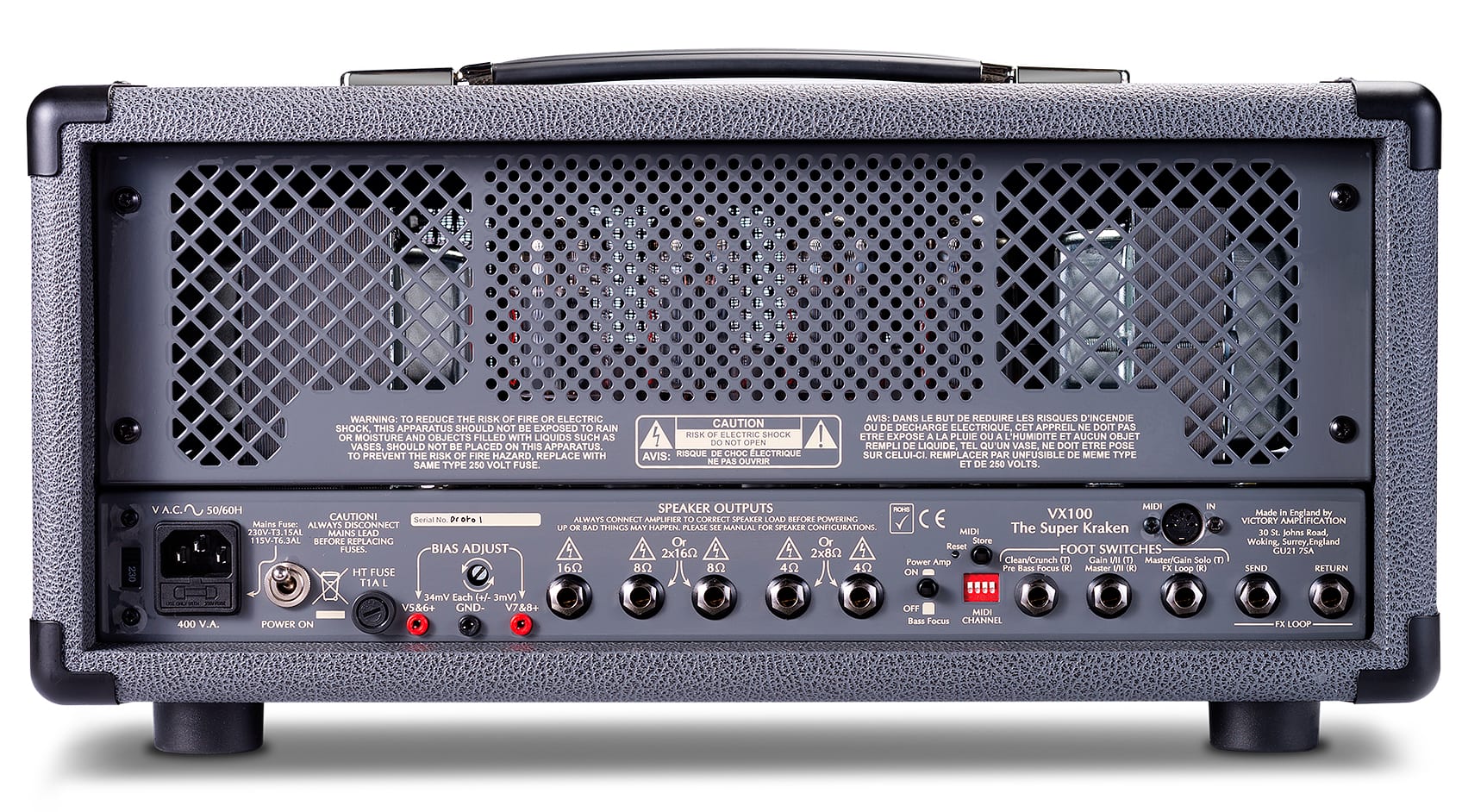 The output of the VX100 can be knocked down to a more useful 30-Watt low-power mode. That means you don’t need to demolish a building to get your tone. You also get an external bias test and adjustment points, which means it should be far easier to set up new power output tubes when you need to re-valve the head.

All in all, the The Super Kraken sounds like quite a beast that should cover a lot of ground for players that like a higher-gain amp but want a good decent clean tone as well.