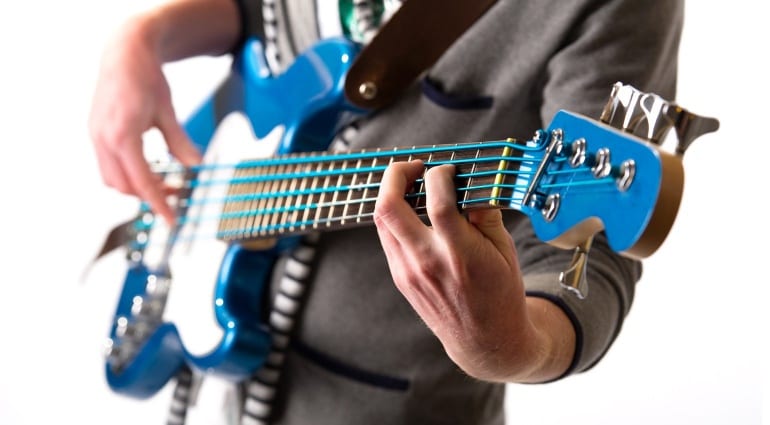 The Bass tieing it together  ·  Source: Fotolia.de / Alex Tihonov

Bassists have perhaps the most cynical attitudes of all the musicians who will darken your studio doors – I once heard one say to the producer of a session, “What would you like me to play with – the drums, the guitar, or the click?”.  Sadly, the producer was also the guitarist.  I suggest Valium, for you or him.  Possibly both.  Make that definitely both.

Anyone with a modicum of knowledge of music production will already understand how vital the right kind of low end is in a finished production. A great bass line will undoubtedly ‘tie the room together’, to quote a well known film.

Unfortunately, many of us producer types are frequently faced with a bass situation that not only rearranges the feng-shui, but squats down and shits on the metaphorical rug too, hence it’s wise to have one’s tool kit packed with plenty of damage limitation strategies before even starting up the DAW whenever dealing with a ‘live’ bassist. Dead ones are much easier.

Tuning. Some consider this essential. The comment ‘would you like to borrow a tuner?’ early on in a session can have disastrous results if one’s artiste has what I’ve heard called ‘painted on ears’. I generally have at least two permanently patched to a spare output on the mixer, and then feed our ‘guy’ loads of strong coffee so that when nature inevitably calls, I can deal with the problem whilst he’s straining his greens.

Sound/Tone. Never easy to get right, even with the best of players. But with an inept idiot with a 7-string headless bass, you’re pretty much fucked before you start – re-amp, re-amp, and re-amp again – why do think SVT’s are so popular?

If you really want an easy life though, my top advice would be simply to get someone who can actually play – they do exist! Better still, use a Moog 😉