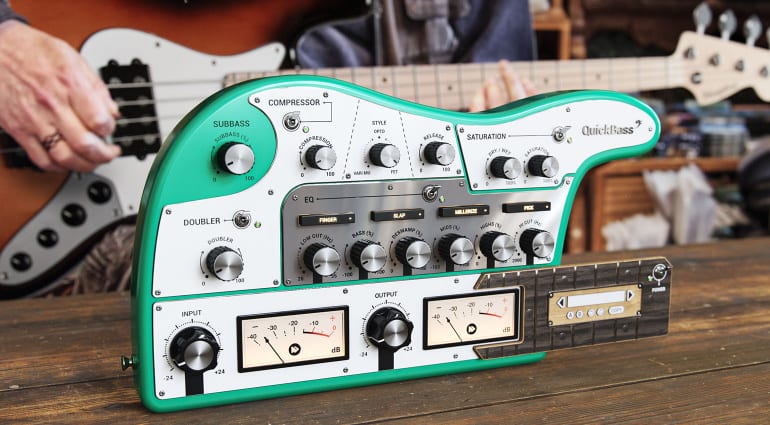 United Plugins has collaborated with the Instant Audio development team on a new virtual multi-effects plug-in for bass players called QuickBass. According to the manufacturer, this thing will deliver your ideal bassline sound in just a few steps. If that promise isn’t enough to lure you in, there’s a sweet early bird deal with 71% off.

United Plugins’ new multi-effect for bass guitar contains all the basic tools you need to get a great recorded bass tone. There’s an onboard EQ section, a compressor and a doubler effect, plus control over saturation and fatness. It’s designed as a one-stop solution that’s quick and simple to use.

The EQ section is geared towards classic bass playing styles, including finger, pick and slap. It’s this kind of feature that shows how focussed the developers are on making things easy for musicians. But there’s plenty of scope to tweak your sound to taste too; add a touch of compression or a splash of saturation and off you go! 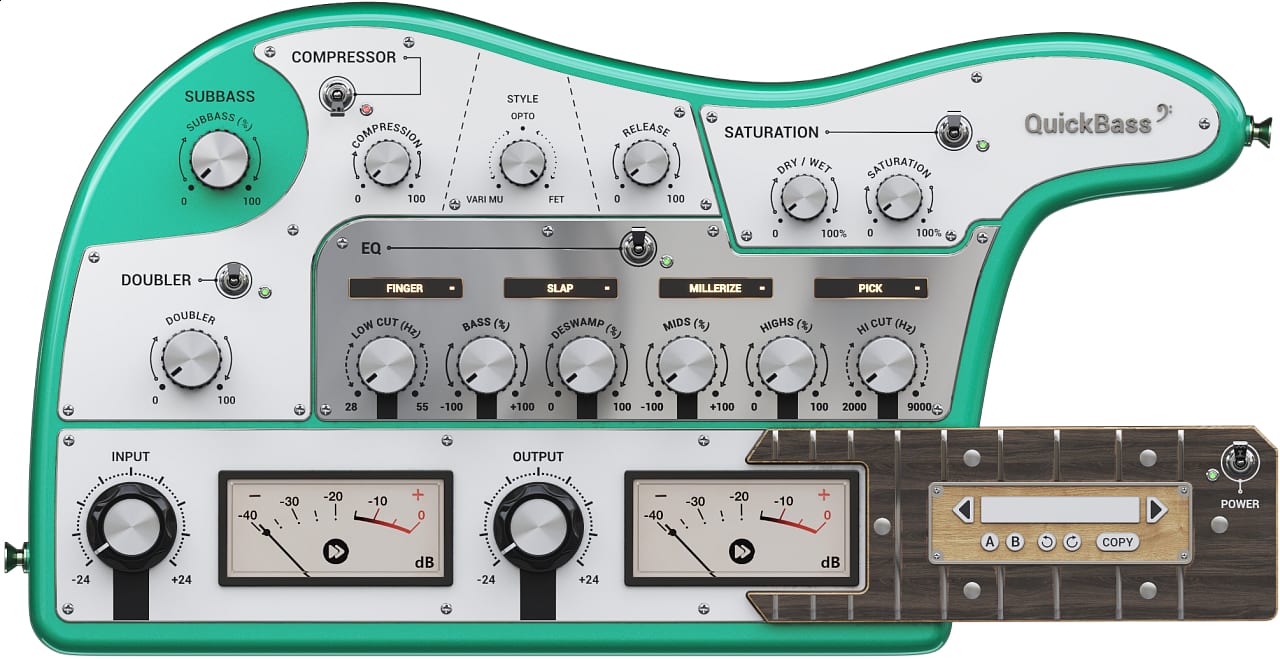 United Plugins QuickBass is available until April 11, 2021 on the manufacturer’s website at an introductory price of 29 euros instead of 99 Euros. The plug-in runs on Mac OSX and Windows as VST, VST3, AAX and AU. A demo version and an online user manual are also available on the company’s website. Several presets are included in the package.

The developer is also offering a 14-day free trial so you can check it out on your own system.