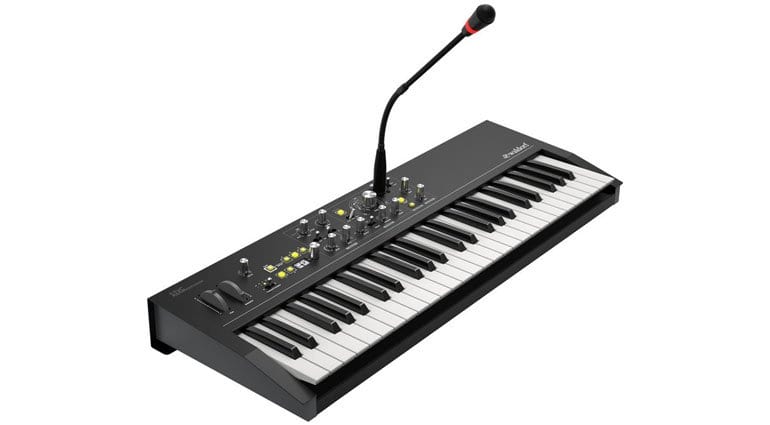 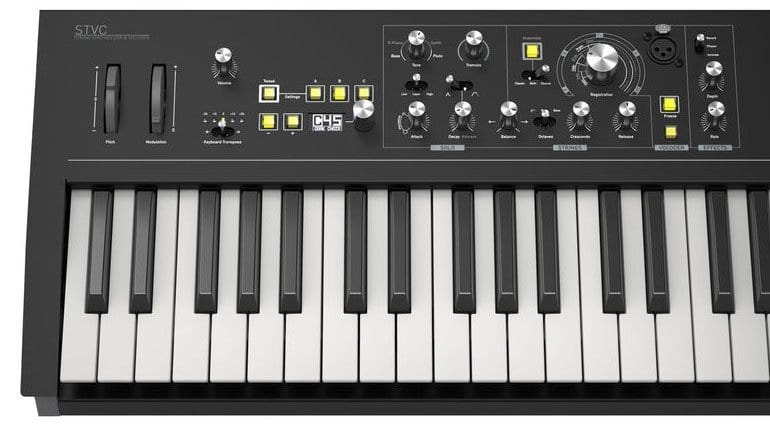 NAMM will give us our first look at a new Waldorf synthesizer. It’s called the Waldorf STVC and it’s a String Synthesizer and Vocoder. This article has been updated from the previous leaked version as full information has now appeared on the Waldorf website.

What is it with vocoders at the moment? Behringer showed us their VC340 a couple of days ago. The world has gone mad for cheesy disco robot vocals. At least with Waldorf, they are suggesting it can do more than turn you into a Cylon who likes to party, they are pushing the idea that it’s also a string synthesizer.

It’s based on the sound engine of their little Streichfett String Synth. The keyboard and chassis look a lot like the Blofeld and it comes with a gooseneck microphone. It looks beautiful in the way all Waldorf gear does and has some really nice looking controls on the front panel.

The string section starts with an oscillator bank using octave dividers. It then goes through a complex mixer, EQ and ensemble effect. The Solo section is a 16-voice synthesizer to compliment the strings. The vocoder replaces the EQ section with a filter section shaped by the microphone input. It’s all classic VP-330 behaviour.

There are some additional functions like a Freeze button which captures a short speech fragment and a Tweak function for easy manipulation of the modulation parameters.

Hopefully, we’ll see it alongside the Quantum at the show and look forward to some videos. In the meantime check out the sound examples below. The original leaked images on B&H Photo included a yet to be confirmed price of $899.