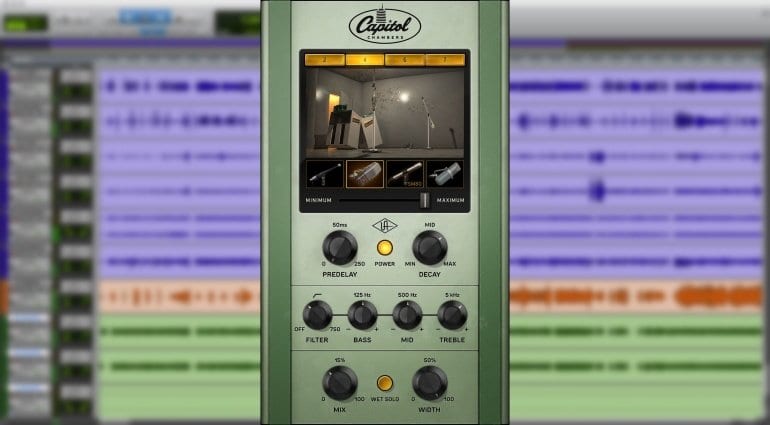 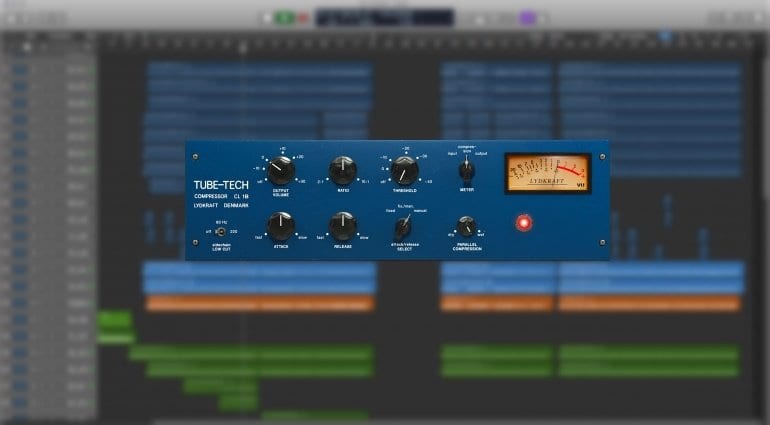 This is half of the 8 spaces designed by the late Les Paul and built in the early fifties, 30 feet below ground. They are characterized with a dense ambience and lengthy decays, heard on records by the likes of Ray Charles and Frank Sinatra. Universal Audio’s people were granted unprecedented access to the spaces and historic diagrams from the early 60s, which let them simulate the exact mic/speaker/horn arrangements in the chambers. They also came up with new mic/speaker combos, partnering up with Capitol chief engineer Steve Genewick.

Technologically, the Capitol Chambers plug-in uses the same engine as UAD’s Ocean Way Studios as well as the manufacturer’s proprietary Dynamic Room Modelling tech. Thus, the microphones in the chamber can be re-positioned for elaborate ambience control and room parameters such as Decay, Pre-Delay, and Width can be adjusted.

At USD 350, Capitol Chambers is quite an investment, but it does feel like you are getting something pretty special for your dollar.

As for the Tube-Tech MK2 compressor, it gets new Sidechain Low Cut and Parallel Compression controls in addition to updated graphics for modern high-resolution displays. Priced USD 299, it’s also available for existing MK1 users at a discounted USD 99.

Damn… Capitol Chambers may be the plugin that finally gets me into the UAD system. I’ve been putting it off for years. Just as I’ve been waiting for years for someone to get access to the Capitol chambers. Of course, Al Schmitt probably had a say in keeping the remaining four chambers “off the grid.” Love that guy, but DAMN YOU AL!