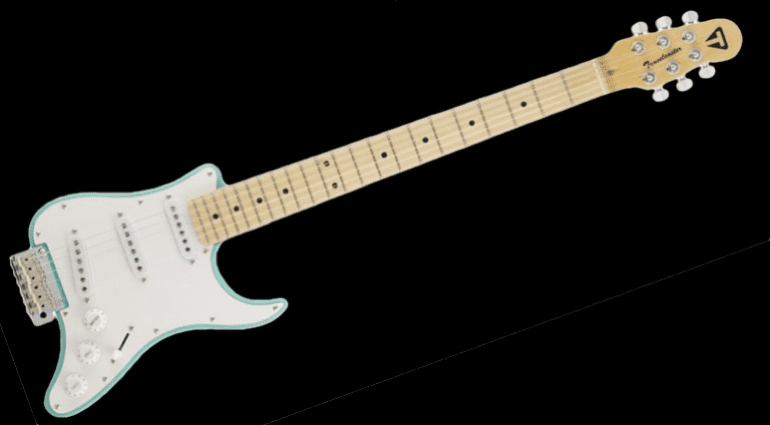 Coming in at under 2.5 kg, Traveler’s new Travelcaster Deluxe guitar has a stunningly low weight. But one look at the official marketing snaps shows immediately which bits they have cut away. And, to my eye, the results ain’t pretty…

Cutting Away The Fat

The Traveler Travelcaster Deluxe is essentially a Stratocaster-style guitar with the correct scale length, tremolo system and all three single coil pickups intact. But it’s designed to offer a lightweight alternative and be easy to take on the road (the clue is in the name). However, this means something had to go.

Well, you can’t really get rid of much other than body mass, and that is precisely what they have done. I cannot say that it looks pleasant to me. In fact, it looks like a Photoshop project where someone got a little carried away with the ability to cut stuff away. 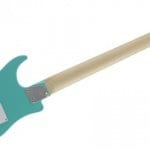 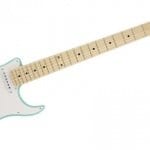 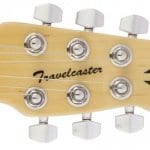 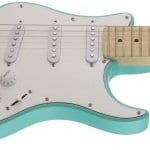 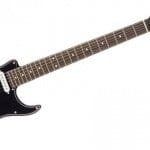 Unlike the recently announced Ibanez PGM miKro, which is a 22.2″ scale length and looks like a regular (albeit scaled down) guitar, the Traveler Travelcaster Deluxe has been put on a no-holds-barred diet. The regular 25.5″ scale length, however, has been retained.

Each approach has its own merits, of course, but frankly, I think the Traveler Travelcaster Deluxe looks ridiculous. And it seems overpriced when compared to the PGM miKro. Also, I don’t like their solution for the tremolo system, especially the way that it overhangs the back of the guitar. It looks shoddy, not to mention a little dangerous. I can see people getting ‘beer guts’ or even fingers caught in there!

The Travelcaster Deluxe has a poplar body in either Surf Green or Gloss Black. There’s a choice between a maple neck with a maple board (Surf Green) or a rosewood one (Gloss Black). All instruments in the series come with a gig bag. 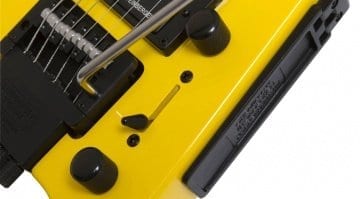 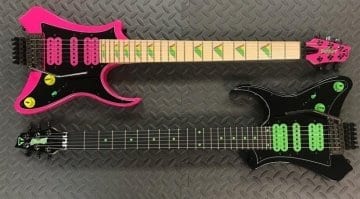