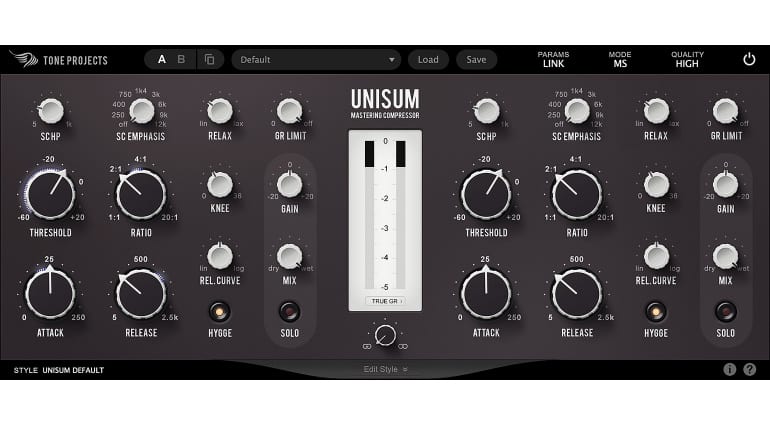 Tone Projects has released Unisum, an impressive new mastering compressor plug-in for Mac and Windows. The developer says that Unisum is a highly tweakable compressor designed to give engineers precise control, in contrast to simplified, AI-based concepts. Let’s see what it can do.

Unisum is the most ambitious project to date by Copenhagen-based developer Tone Projects. The company says that the compressor presents an alternative concept to automated processors, which have found their way into the world of mastering in recent years. The idea is to put the engineer back in charge and provide him with a tool for precise control over a mix. Adding depth and energy, controlling the stereo image, adding glue and shaping the attack and release are some of the things they have in mind. The high number of knobs gracing the virtual front plate is indicative of that – let’s explore.

The standard view has all the essential controls for the two channels, which can operate in stereo or mid-side modes: threshold, ratio (1:1-20:1), attack and release, as well as a variable knee and side chain high pass and emphasis filters. There’s also a mix knob per channel for parallel compression. 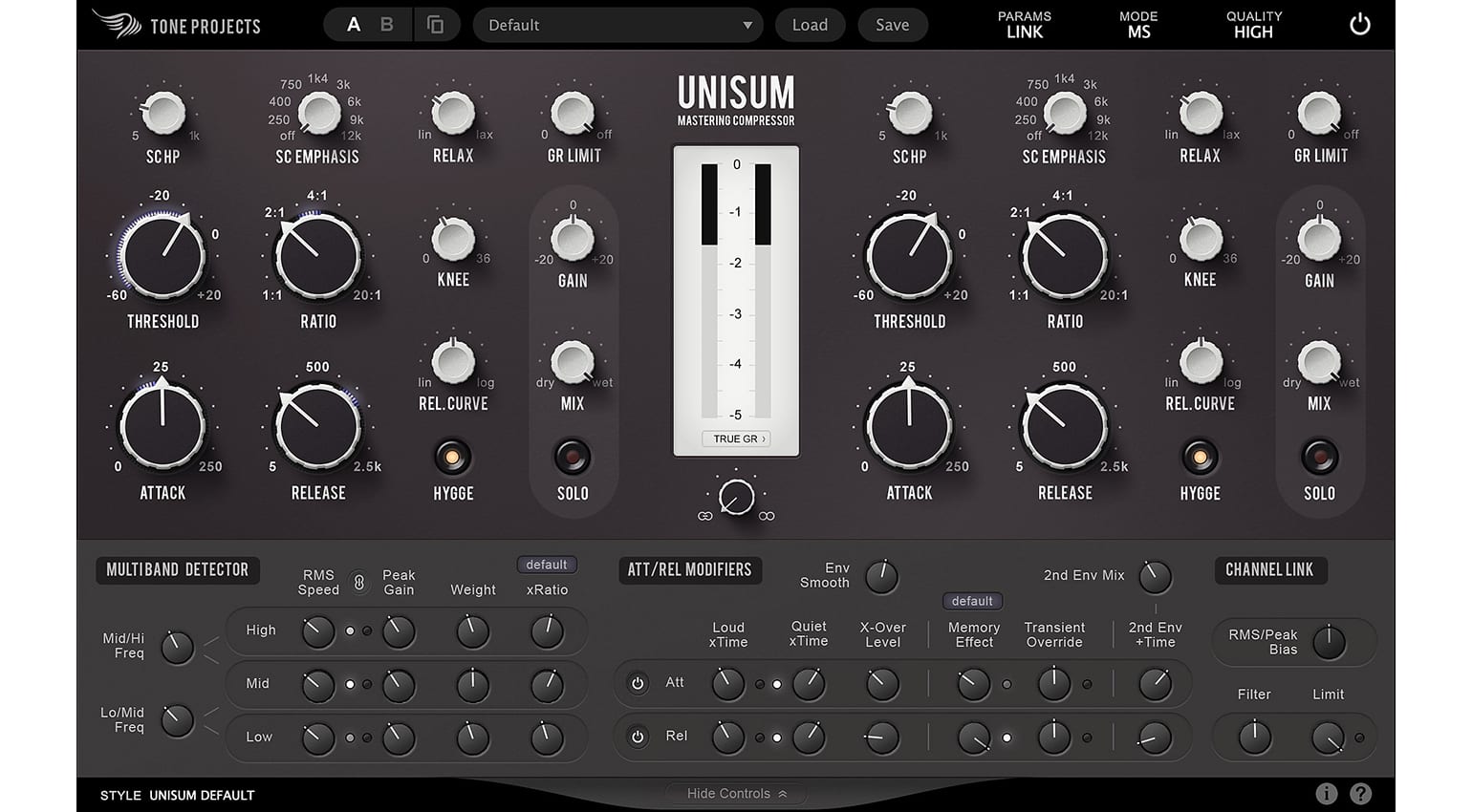 Open up the advanced panel, and you’ll see what they mean by precise control. The compressor’s most interesting feature is probably the multi-band detector. Unisum isn’t a true multi-band compressor, because the actual compression still happens in a single band without crossovers in the signal path. The detector, however, allows you to specify how the compressor reacts to three frequency bands, each with parallel RMS and peak detectors. There’s also a great deal of control over the transients, with level-dependent attack and release modifiers, a controllable memory effect, transient override and a parallel secondary envelope for smoothing. It’ll probably take a while to wrap your head around all of this and use it to its full potential, but Tone Projects clearly wasn’t kidding when they said “highest possible precision”.

According to Tone Projects, Unisum is designed to deliver clean compression with low distortion and almost no digital aliasing. But just in case you do want a bit of colouring, they’ve added the “HYGGE” mode, which adds some tube and transformer warmth.

Unisum does indeed look like a very detailed and capable mastering compressor and precision tool. In the hands of a knowledgable engineer, I’m sure it can deliver great results.

Tone Projects Unisum is now available from the developers website. Until May 1st, they have an introductory offer at USD 149, which is 25% off the regular price (USD 199). A free trial version is also available.