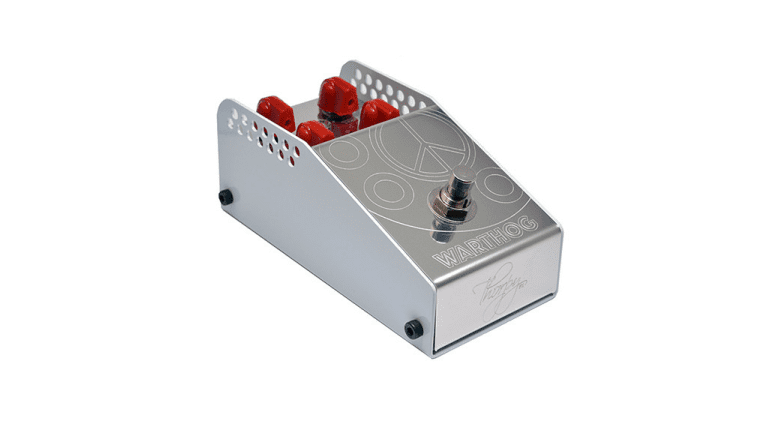 ThorpyFX tout their equipment as using ‘military grade’ components; they say means that the tolerances of each component are individually tested to ensure they are within spec, and are sourced from brand names, rather than the generic components which are used in many large production model guitar pedals.

ThorpyFX are the darlings of UK pedal manufacturing at the moment. They won awards in the UK Guitar & Bass Magazine in their January 2016 issue, and online at the Premier Guitar website.

The rumours circulating online from Adrian earlier this year were that they were going to release a Klon-style pedal. However, it looks like they have gone and released two pedals instead. Both units will be available in February 2016 and there currently is only a photo of The Warthog Distortion up on the ThorpyFX site.

Adrian Thorpe is an ex-British Army Major, with a background in bomb disposal and electronics with the British Army. Together he and his wife build each pedal by hand, which I think shows with all their pedals so far. I have played their two current models and have seen the level of detail in both the casing design and internal circuit layouts. Each pedal they make is housed in a custom laser etched stainless steel case with recessed controls (you might say ‘bomb proof’ – and Adrian would know with his former line of work).

Of course, I have yet to try these two new pedals out as they are not available until February. However if they are like either The Gunshot overdrive or The Muffroom Cloud fuzz that they released this year then we are all in for a treat.

Personally, I have to say it is great that this company doesn’t just follow the herd and build TS808 clones, or straight up Klon clones. Up till now all ThorpyFX pedals have offered far more tonal control than their vintage counterparts, the regular TS808 or Big Muff (which as far as I can see are the closest pedals to The Gunshot and The Muffroom Cloud pedals). When we finally see The Peacekeeper, hopefully it will follow this trend and go beyond the Klon pedal’s original three controls.

There are no demos of the new pedals online as yet, so I have included links to the two current models, so you can get an idea of the kind of product we can expect. 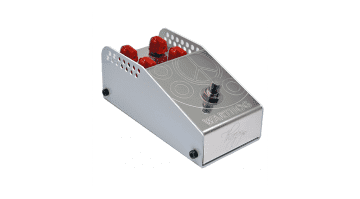 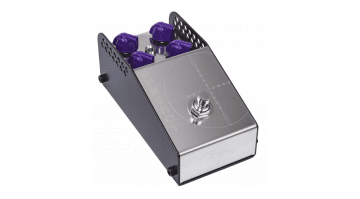 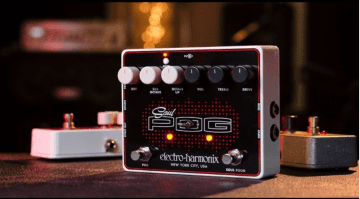 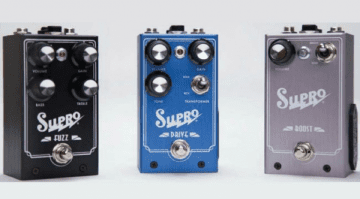 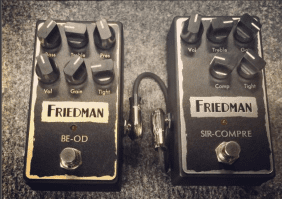