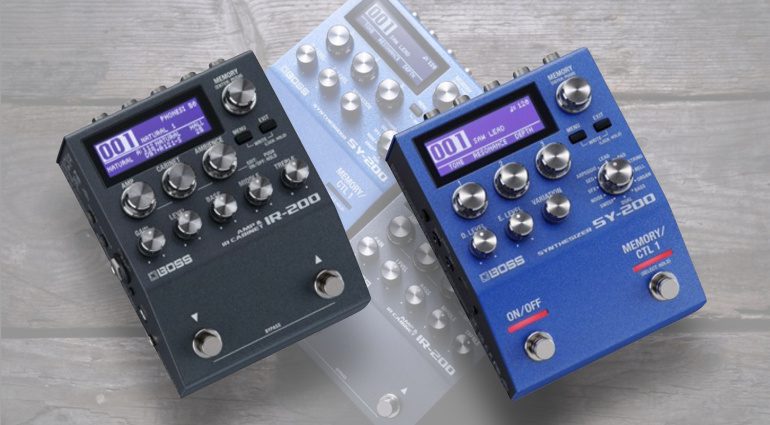 Boss has added two new pedals to its 200 series, the IR-200 and SY-200. As the name suggests, the IR-200 covers you for amp and Impulse Response duties, whilst the SY-200 is the latest incarnation of its synth pedals for guitar and bass players. Both units feature programmable memories and MIDI control, giving you a lot to play around with.

First up is the brand new Boss IR-200 that supplies users with a host of useful tools for playing in the studio, live, or at home. This pedal is packed full of IRs, with 144 Boss and 10 Celestion Digital IRs on offer. Plus, users can import up to 128 of their own WAV IRs. To that end, Boss supplies the IR-200 IR Loader software for both macOS and Windows. 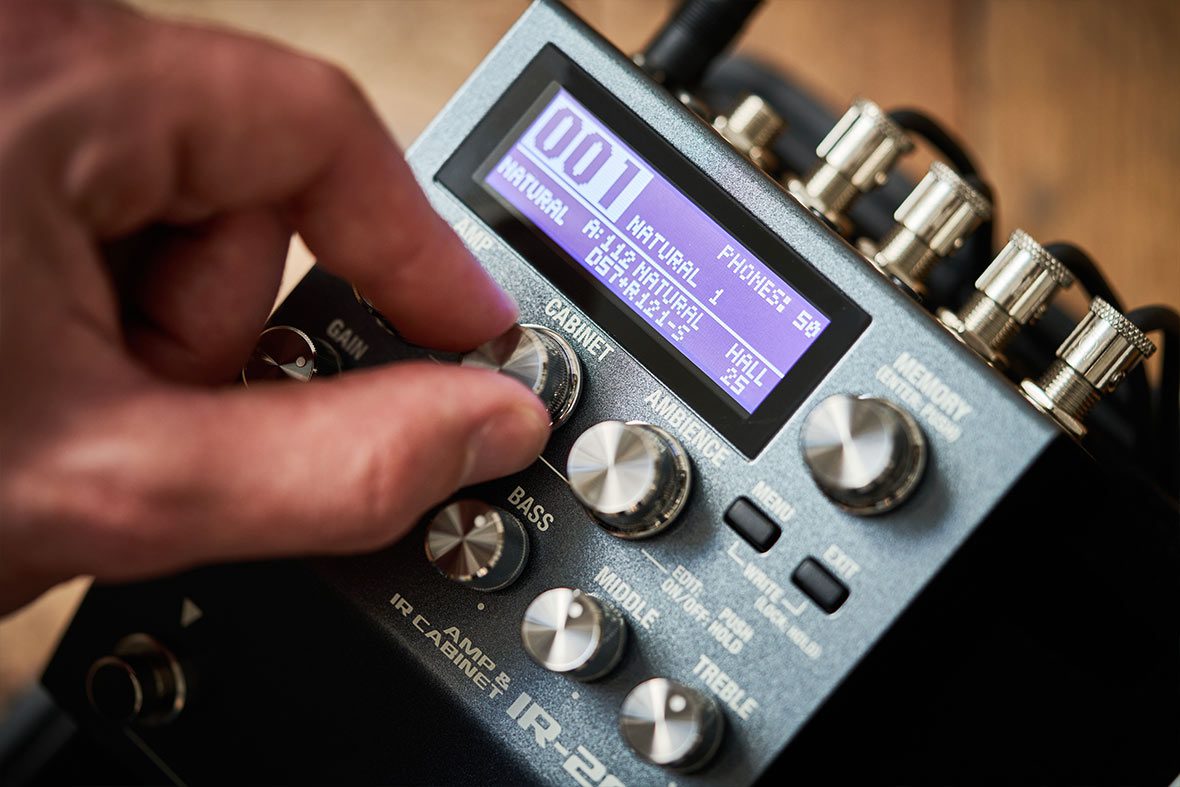 Eight amp models are on offer, covering all the basics including classic clean, tweed, Class A, vintage and modern high-gain, plus three bass amps. You have 128 memory slots to store presets in. BOSS says you have “deep editing” for each amp setup. Two IRs can be used simultaneously, and it is even possible to send independent signals to different destinations, so you could for example have a stage amp and house PA receiving individual signals.

Two global EQs – with a selectable parametric or graphic operation – are on hand to sculpt your tones as desired. Also included are Room, Studio, and Hall ambience types to help your sounds sit more naturally. 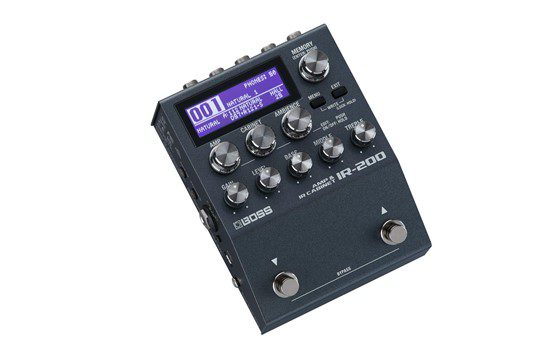 The IR-2oo has a mono input, along with mono or stereo outputs plus an effects loop, so it should be able to handle just about anything you throw at it. You have two onboard footswitches for memory selection, and users can control various functions via external footswitches, an expression pedal, or MIDI.

There is also a handy headphone jack as well as an Aux input for playing along to backing tracks, demos and so on. Finally, you can also use the IR-200 as a USB audio interface on macOS and Windows computers and iOS devices.

The onboard audio tech features 32-bit AD/DA, 32-bit floating-point processing and a 96 kHz sampling rate, so I suspect it will sound pretty decent. Overall, having this many IRs at your disposal could be very useful, as speakers and speaker cabinets obviously have a massive effect on your overall guitar tone.

The new SY-200 provides 171 synth sounds arranged in 12 categories to make it easier to navigate. Providing synthesis for both guitar and bass, this compact blue unit is designed to make it easy to get up and going, requires no extra hardware like MIDI pickups, and builds on the SY-1 Synthesizer from Boss’ compact pedal series. 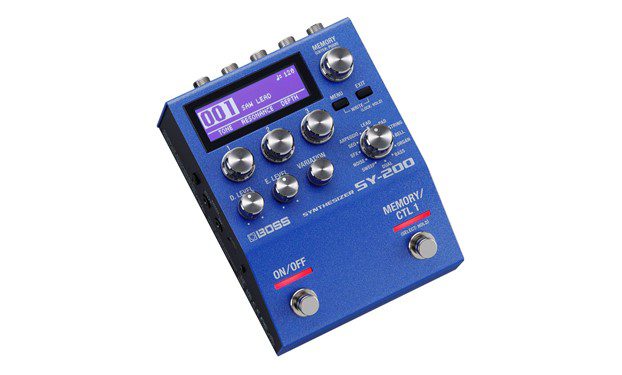 Like the IR-200, the SY-200 has 128 memory slots to store your presets along with two footswitches for real-time performance control. You also have the option to control the SY-200 via external footswitches, an expression pedal, and MIDI. If you need some synth sounds in your life, but don’t have the space for a dedicated keyboard player in your band, this pedal is something you could check out. 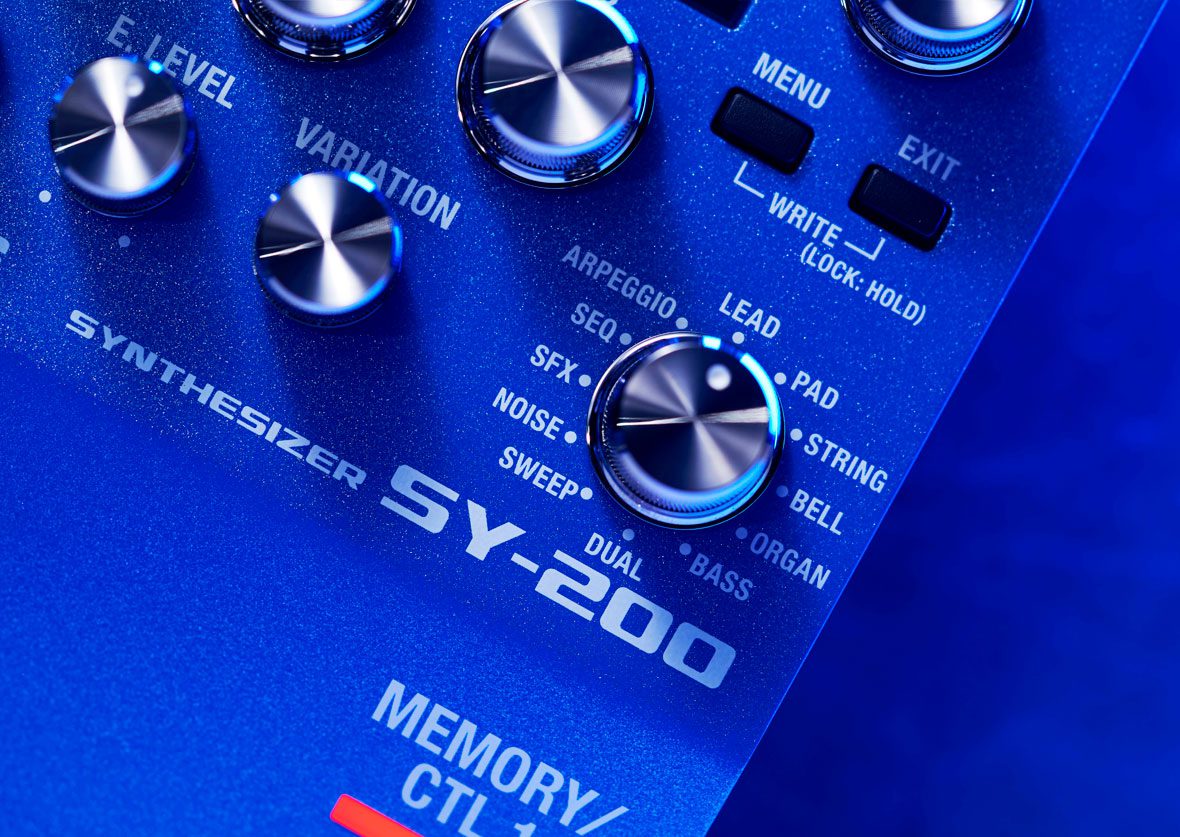 Boss has made loads of synth pedals over the years, and many creative players have used them to good effect. You can blend synth and your regular guitar sounds, as the unit has independent level controls for each. This means you can get creative by layering the two sounds to create new ones. Plus, you have a parallel send/return loop for adding external effects on top, so it is well specified for anyone that wants to experiment. The SY-200 gives you what Boss calls analog-inspired polyphonic synths, so it should fill in some gaps, but I doubt it would please die-hard synth fans. However, for guitar and bass players it could be the perfect option for getting creative. 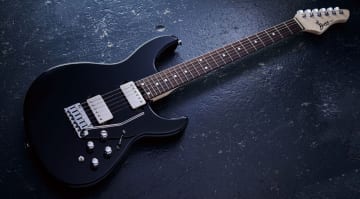 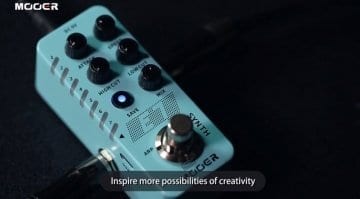 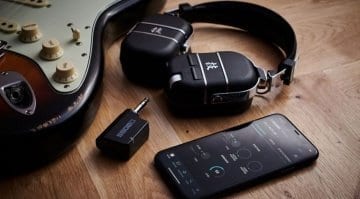