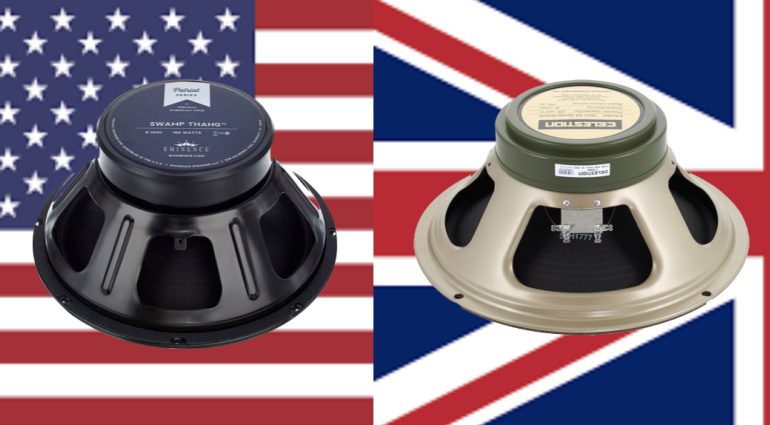 How to choose a speaker for your guitar amp  ·  Source: Thomann

Guitar speakers are a fundamental part of your tone. Are you confused by impedance? Do series and parallel make you shudder? Welcome to this basic introduction to the humble guitar speaker – it’s your guide to a better guitar tone.

Want to find our more about tubes? Here’s our Beginner’s Guide to Amplifier Tubes.

Speakers: An important part of your tone

The speaker in your guitar amp is one of the most important parts of your overall tone, as the last link in the chain before you hear your amplified guitar. With this in mind, we should consider how a speaker affects what you hear.

A few thoughts before we get stuck in. With valve amps, the speaker is seen as part of the amp circuit, so it will affect our overall tone considerably. A more efficient speaker will give you more volume, while a less sensitive speaker will do the opposite, as it’s less efficient. But the latter could actually work to our benefit in a low-wattage amp, so don’t rule them out.

If the speaker in a low-wattage amp is very efficient it could make the amp clearer and more articulate. But, conversely, a less efficient speaker may help you reach tube saturation a lot quicker.

I’ll help you decipher the two most common voices of speakers, and break down some of the things you should consider when choosing a new speaker for your amp.

There is no definitive guide to choosing a speaker, but we can do some basic compatibility checks to make sure the speaker you’re considering will match your amp. Then look up the type of voice that you want your speaker to have.

We often consider two main types of speakers for guitar amps: British and American. These two voicings are the ones that dominate the speaker market for guitar amps. Here’s a simple checklist of aspects you’ll want to look at:

Generally, full-sized amp combos and cabinets use a 12″ speaker. However, smaller speaker sizes are used on many classic combos. A Fender Princeton would normally use a 10″ speaker, and a Fender Champion 600 would use a 6″ speaker. 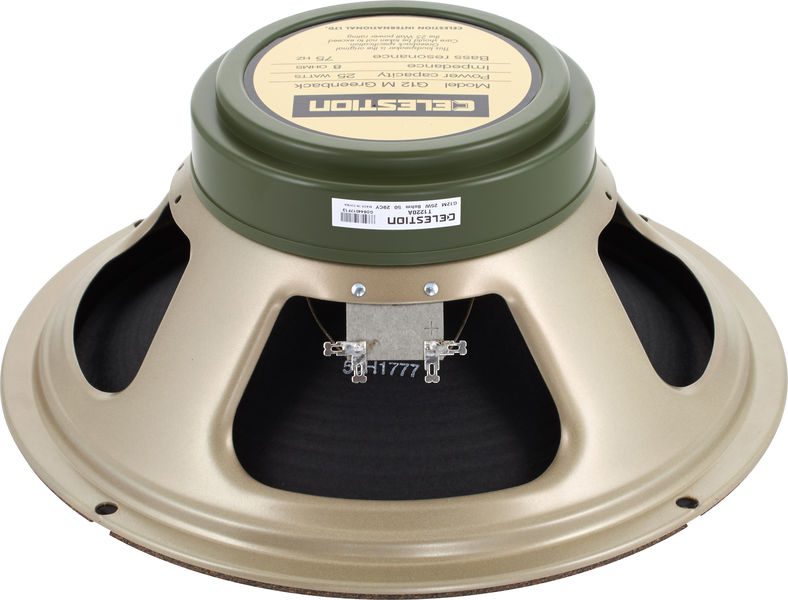 As a rule of thumb, most valve amplifiers above 15 Watts use a 12″ speaker. When choosing a new speaker, ideally you want to use the correct size, If it’s too small, you may not be able to attach it to the baffle; if it’s too big, it won’t fit in the cabinet. 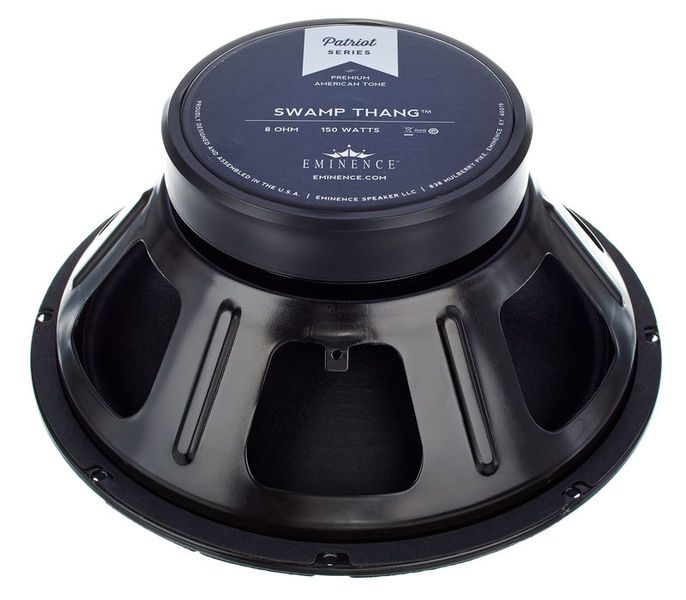 The weight of the speaker magnet is normally written on the back and represented by one of the following letters:

For example, the Celestion G12M-25 Greenback 8 Ohm* is a 12″ speaker with a medium-size/weight magnet, rated at 25 Watts with an impedence of 8 Ohm.

The Eminence Swamp Thang 12 150:8 Ohm* is rated at 150 Watts, with an 8 Ohm impedance. However, you’ll notice Eminence doesn’t provide the magnet size, so you may need to check dimensions to see whether a speaker will physically fit inside a smaller cabinet. Another aspect to check is how much weight it will add to your amp setup.

Power is measured in Watts. Ideally, we want our power rating to be higher than our amplifier’s nominal RMS output. This means we have some headroom, and that we won’t damage the speaker and in turn damage our valve amplifier.

If we chose a speaker that can handle between 30-35% more power than our amplifier can output, we should be fine. The reason we go higher is that valve amplifiers can peak at higher outputs than the rated RMS output, and so we want some extra in case of spikes.

As a young man, I blew more guitar speakers than I care to mention because I didn’t get my head around this. It cost me a lot of money in the ’90s!

The exception to this rule of thumb would be if you are looking for more saturation. With vintage amps, you can often get away with matching the speaker wattage to the amp’s output rating. It will get you that sweet valve amp saturation, but your amp will be working hard to achieve it, so be prepared to buy more valves.

With a valve amp, it is imperative that the speaker impedance, which is measured in Ohms, matches the impedance of the amplifier. Most amplifiers will have multiple outputs rated 4, 8 or 16 Ohms. If your amp only has one output, then make sure your speaker impedance matches that Ohm rating.

Impedance measures the resistance that occurs when electricity is flowing to a load (the speaker).

You can easily damage a valve amplifier by mismatching the impedance. It could ruin your output transformer, which will be an expensive repair. With transistor amplifiers, it is not a big issue, and you can get away with mismatching impedances without damaging anything. But it may make your amplifier less efficient.

Remember: the higher the number of Ohms in a speaker or cabinet’s rating, the more resistance and less power will reach the speaker.

The three different types of materials used in speaker magnets are Alnico, Ceramic (Ferrite), and Neodymium.

Alnico is the alloy commonly used early on in the manufacture guitar speakers, and it produces a classic tone.  These speakers sound warmer and sweeter at lower volumes and many musicians feel they react more quickly to the player’s touch.

Below is the popular Celestion Alnico Gold 10″ 8 Ohm* which uses this traditional magnet type. 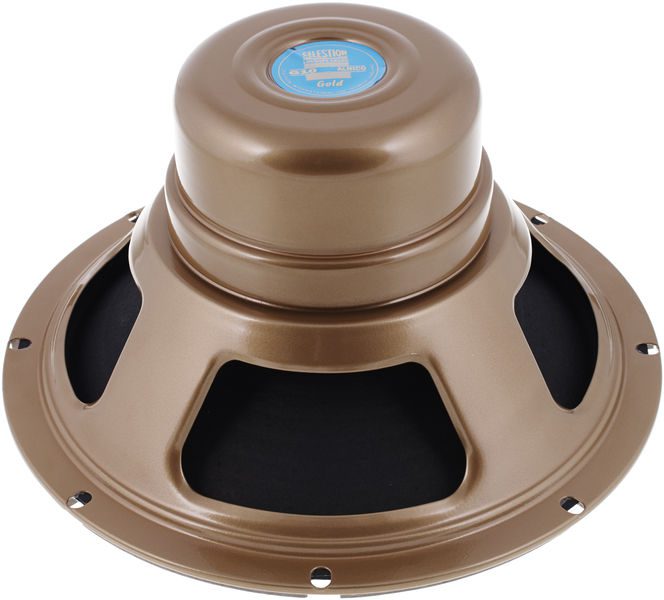 Then we have Ceramic or Ferrite magnets and these were developed as an inexpensive alternative to Alnico. These speakers have a few advantages as they do not cost as much, are more versatile, and can create a wide range of tones.

This Jensen C12N Ceramic Vintage 8Ohm * is a good example of a ceramic speaker magnet design with an American voice. 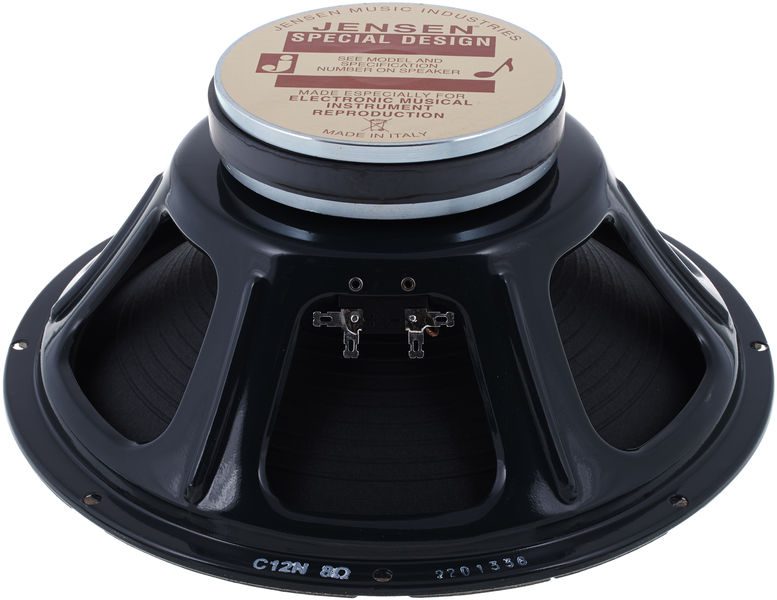 Finally, there is Neodymium, the new kid on the block. A neodymium speaker weighs about 50% less than other speakers without giving up power or tone. Price-wise they usually come somewhere between Alnico and ceramic magnet speaker designs. They respond to a player’s touch much like Alnicos and have a well-balanced frequency response. The major advantages of neodymium magnets are their lightweight and overall efficiency.

Below is the popular Celestion G12 NEO Creamback 8 Ohms* for example. 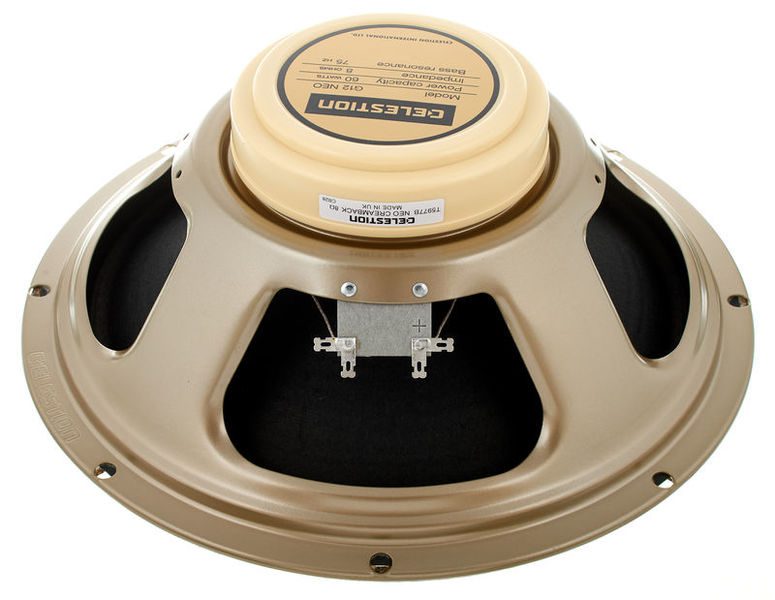 When you have more than one speaker, the speakers can be wired in series or parallel. Wiring in parallel means the signal is sent to the speakers at the same time.  Most amps that have an extension speaker output offered as a parallel output.

In series, the signal goes from the amp to one speaker then out into another speaker. Or from the amp into one cabinet and then from there out to another cabinet. Your impedance depends on how your cab is wired. With a parallel arrangement, you simply divide the total Ohm rating by the number of speakers. If the speakers are in series, add up all the values of the speakers or cabinets.

Below are two examples.

Series: One 8Ω speaker plugged into another 8Ω speaker and then into the amp = 16Ω.

Another example of wiring is with 4×12 cabinets. An example is the popular Marshall MR1960AHW* loaded with four 12” Celestion G12H30* for example, can be wired in two ways.

One option is series–parallel wiring. This is commonly known as an X pattern. Or you could also wire it parallel/series, which will give you a slightly different tone.

Series-parallel wiring is also referred to as ‘wired in series at the speaker jack’, giving you two pairs of speakers in parallel. This gives a slightly tighter, more rounded sound. If you run them in parallel/series, or parallel at the speaker jack, you get two pairs of speakers in series. This tends to make it slightly more raucous/aggressive sounding.

The advantage of wiring them series–parallel, or series at the speaker jack, then parallel, is that if one speaker blows, the other three will carry on working. When you wire them in parallel at the jack, if one speaker blows, the other one in that pair of speakers will not work. This puts a heavier load on the other pair, and you are now left with a cab with twice the original impedance, which may put your output transformer under considerable strain.

For wiring diagrams, I have always found the Scumback website a useful resource. 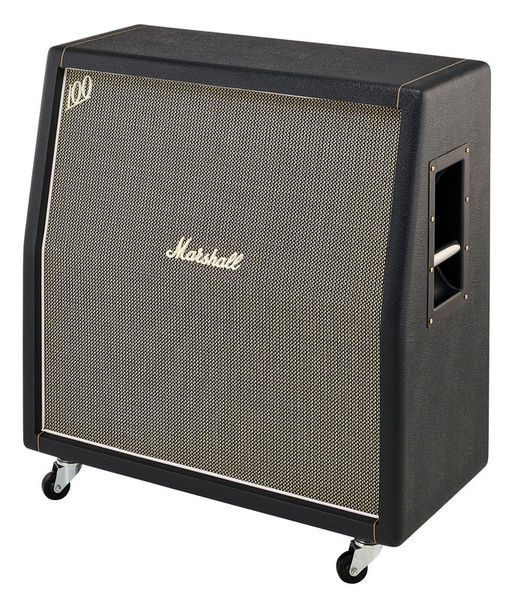 British amplifiers like Marshall, Laney, and Vox sound very different from American amplifiers like Fender, Gibson, Magnatone, and Silvertone. A large part of this is down to the speaker.

British-voiced speakers tend to be more focused and geared toward driven and distorted tones, which is why so many classic rock guitarists favour them. The American-voiced speakers, however, tend to be clearer with a more bell-like sound and a slightly scooped mid-range.

Of course, with multiple speakers, there is nothing to stop you from mixing speakers. For example, with a 2×12 or 4×12 cabinet, many players will put a combination of speakers for their preferred tone. A common pair to mix is the Celestion Vintage 30 with the Celestion G12H75, as the more focused Vintage 30s complement the scooped voicing of the G12H75.

I hope this introduction has given you the basics you need to choose the correct speaker for your needs. Below are a series of what I find are useful videos on the subject of guitar speakers. They will also allow you to hear the two most common voicings, British and American.

Let us know your favourite speakers in the comments section below. Do you prefer original vintage Greenback Celestion speakers, or are you a boutique Scumback M55-PVC user? 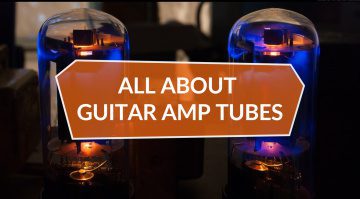 One response to “Amplifier Speakers Demystified: All About Amp Speakers!”