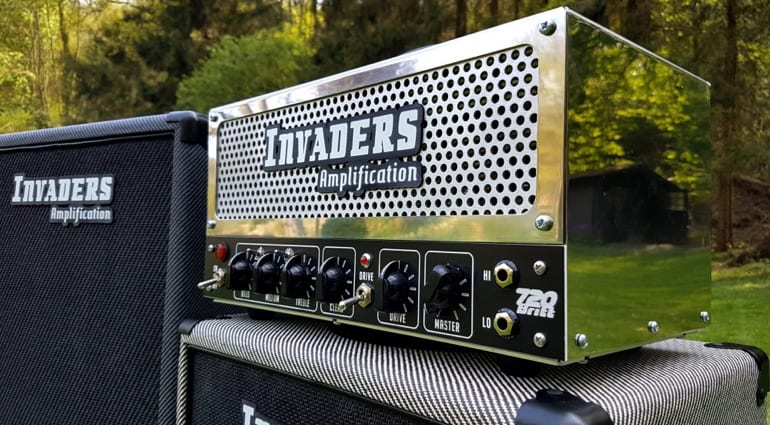 Hand-wired in Belgium, the new Invaders Amplification 720 Britt is a twin-channel 20-watt British-style amp head with CLEAN and DRIVE channels.

The 720 Britt is Belgian manufacturer Invaders Amplification’s newest amp. This neat looking silver head is a 20-watt, hand-wired dual channel affair, with a definite British flavour to the sound. The amp has controls for a shared three-band EQ, a MASTER volume and a dedicated gain knob (CLEAN and DRIVE) for each of the channels. 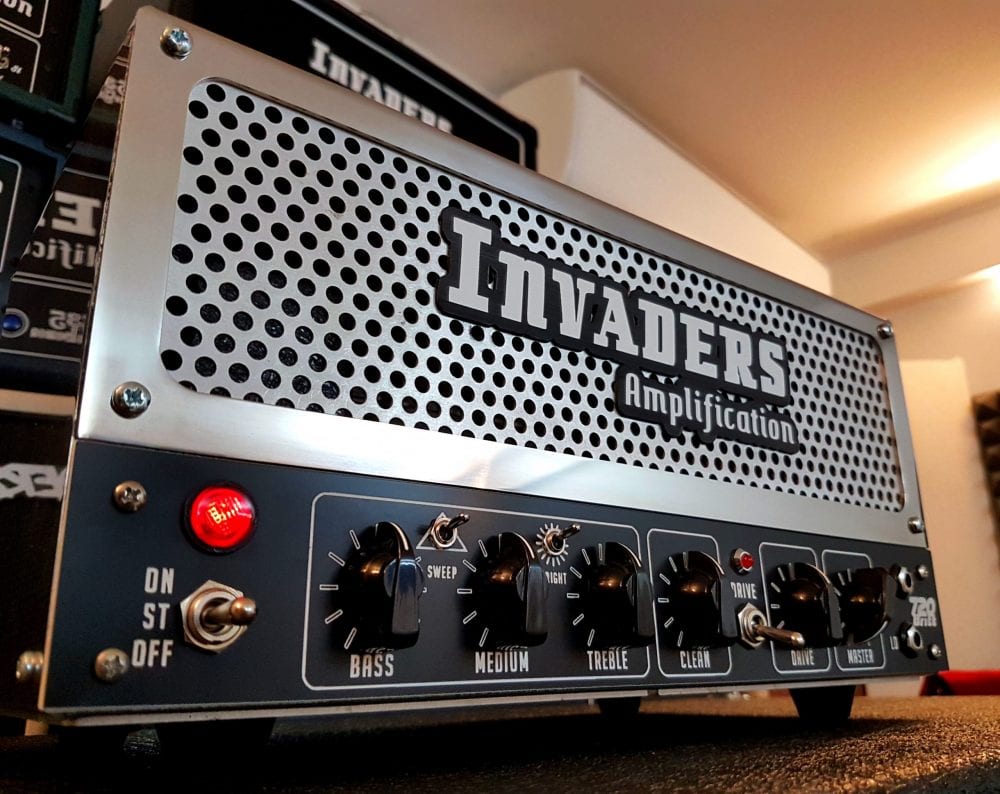 The amp head has a dedicated DRIVE switch that lets you change between channels, as well as a couple of extra voice toggle switches that alter the amp’s overall character. The BRIGHT switch adds high end to the tone, while the SWEEP switch gives a slight boost to the preamp stage’s midrange. This should enable you to sculpt your tone beyond what the three-band EQ section can achieve by itself. So even though its a compact control panel, there are plenty of tonal options with these added control switches. 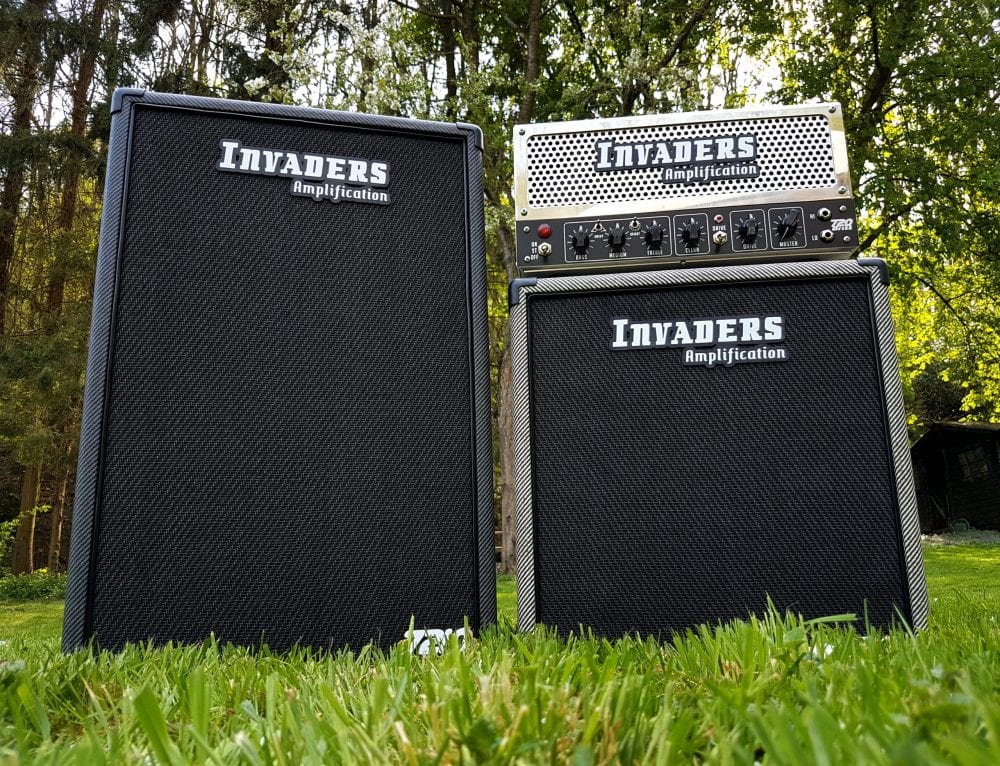 The amp head has a pair of dedicated HIGH and LO instrument inputs, which provide different amounts of gain. On the back is an effects loop, a FOOTSWITCH input for channel switching via the included footswitch, as well as outputs for both 16 or 8 Ohm cabinets. It looks like this little amp head has you covered for most eventualities.

And because the amps are hand-made in Belgium, you can opt for custom finishes, if you want. Although, I actually quite like the standard colour – a bare metal finish – as it is. But if you fancy something more traditional, you can enquire and they can give you a price. 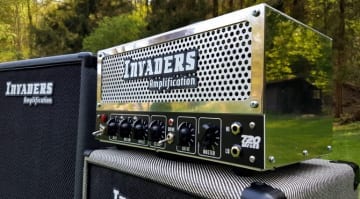 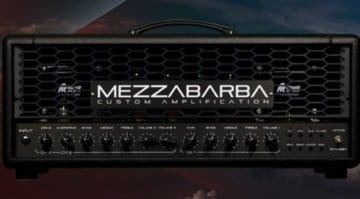 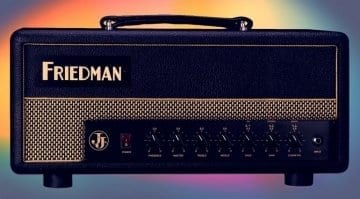 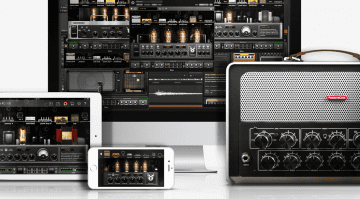 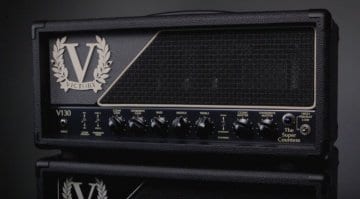