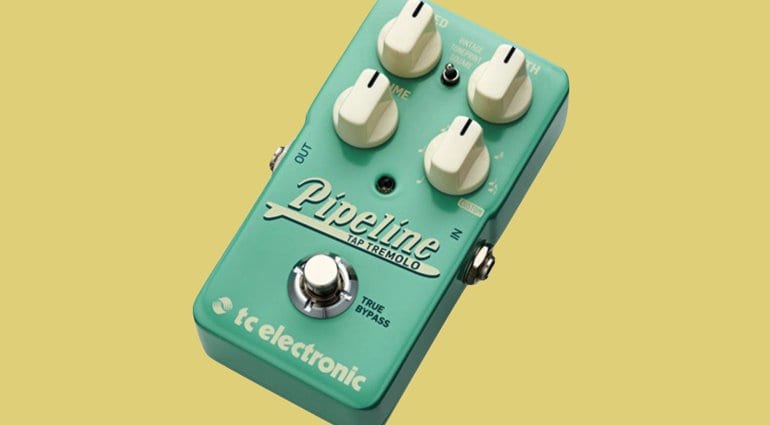 TC Electronics has just announced its new Pipeline Tap Tremolo pedal, which looks like it should capture the classic sound of surf guitar. It also packs a built-in boost and the ability to edit your waveforms and more via TC’s TonePrint editing software.

Based on that classic vintage tremolo sound of the late ’50s and early ’60s, this pedal mimics a type of tremolo that was normally part of a valve amp, specifically one you might associate with Fender-style clean amps and the Surf guitar sound.

TC has also added some functionality that exploits its free TonePrint Editor app. You can sequence up to 4 bars of different subdivisions, which means that the tremolo effect can evolve over time along with your song. You can choose the subdivisions via the 7-position rotary knob on the front panel. The option to be able to go into more depth and create variations is great.

Apart from the dial for choosing your timings, you also get knobs for Volume, Depth and Speed. The TonePrint component gives you more options with control over both the Vintage and Square modes, altering the shape of the tremolo’s waveform to make it more or less choppy. You can access the modes via a three-way mini toggle switch. The TonePrint software also lets you build your own customised waveform shape.

The Tap Tempo feature can be set via the footswitch itself, you just hold down the footswitch for two seconds, the light then turns green, and you can tap the desired tempo that you want. You also get a built-in analogue boost with +6db of gain to help alleviate the drop in volume that tremolo pedals often suffer from when you engage them.

I love tremolo pedals and have tried loads over the years, so this new version has lots of things that I feel make a lot of sense. Overall, this looks like a well thought-out modern version of a Tremolo effect with all these added controls for timing and that boost. This seems to be advancing a much loved classic effect into the modern world. 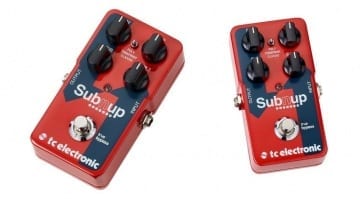