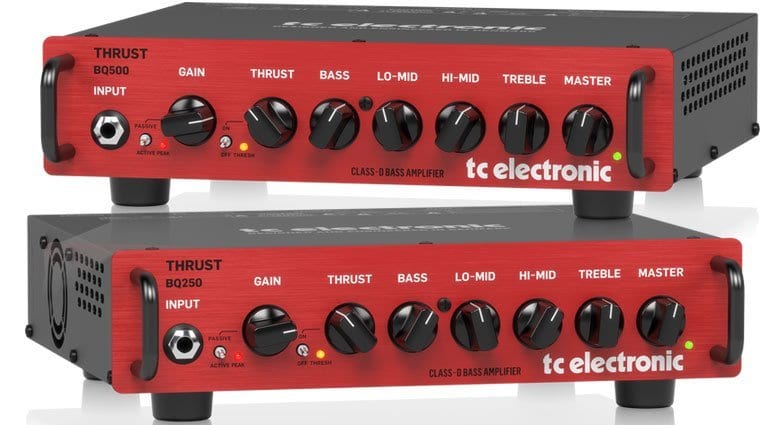 Unlike the larger BH models, which are able to recharge other effects and sounds with the TonePrint technology, the BQ models have a Mosfet preamp, a switchable Thrust compressor and a 4-band EQ. This should provide for a large range of sounds and realistic tube “Sound & Feel”.

The big watt numbers achieved in these small amps are known as Class D technology. Not hard to guess, the two amps deliver 250 watts and 500 watts, respectively. They are extremely compact and are therefore also suitable for on the go. Speaker output is on Speakon connectors is rated at 4 Ohms.

A balanced DI output with a choice between pre- and post-EQ offers the possibility to connect the amps directly to mixing consoles or audio interfaces. And over the Aux input, an external audio signal source can be fed, for example, a backing track to practice. 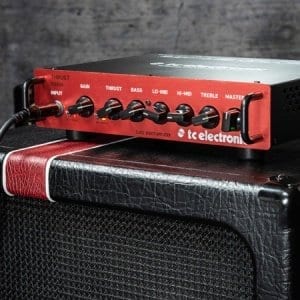 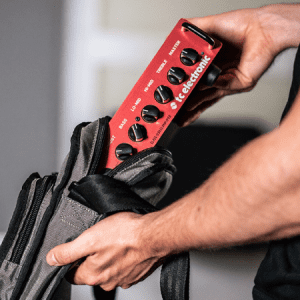 The whole thing is built into a pretty neat and compact (69 x 255 x 233 mm) steel housing that weighs 2.3 (BQ500) or 2.2 kg (BQ250). Thus, the amps fit as seen in the press photos, actually in most backpacks and are quite suitable for travelling, so perfect for fly gigs.
Many bassists love their simple signal chain Instrument> Tuner> Amp> Cab and need no further effects. The amplifier performance should be sufficient for small to medium-sized gigs and so could be popular if they sound decent.

TC Electronic has released a one-minute demo video which I have attached below, it doesn’t show that much, but it gives you an idea of what to expect. The two amp heads are expected in the fourth quarter of 2018. 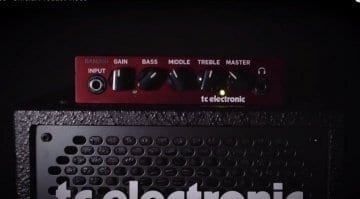