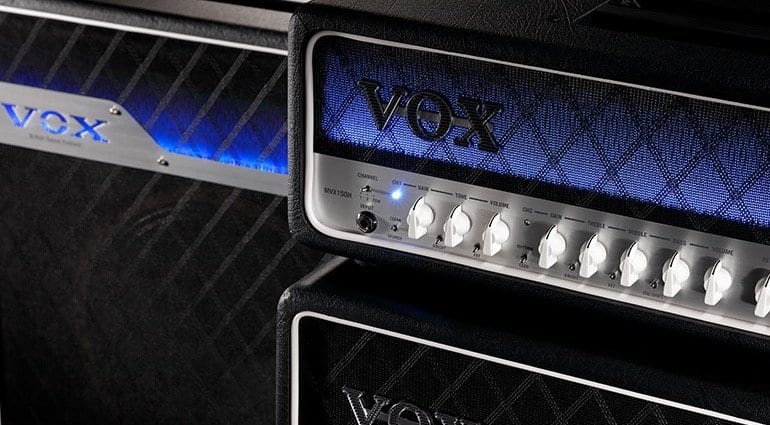 British amp brand Vox is expanding its offering of Nutube-powered amp systems, and will be launching new models at the upcoming NAMM show. The more significant, perhaps, is the MVX150 head and matching cab, with a combo version also planned. The other two extend Vox’s dinky range of Nutube-powered MV50 guitar amplifiers – which seem a bit pricey compared to the bigger amps.

The new Vox MVX150 range is based on the Nutube technology that we recently saw being used on the new Ibanez NuTube Screamer. Models include the MVX150C1 combo, the BC112-150 speaker cab (loaded with Celestion Redback UK-made speakers) and the MVX150 amp head.

Both amps are twin-channel and provide up to 150 Watts of power from both Nutube pre and power amp sections. Vox reckons its range runs from clean sounds through to modern high-gain tones, and if this is correct then these new models could be pretty versatile amps for gigging guitarists.

Both channels come with their own EQ section and different tone settings i.e. Clean, Drive and so on. But what really makes these amps versatile is that you can drop the 150-watt output down to 75-watt , 30-watt, 5-watt and 1-watt and even mute it completely if need be.

Vox MVX150 head front and back

The Nutube technology makes for a much lighter amplifier, Vox says, stating that you can get vacuum tube tones using this technology without all the hassle of 1950s valve maintenance and fragility of glass tubes.

I must state that I have not yet tried out any of the Nutube amps myself and so cannot profess to any real experience with them. It could be the future, though, and so I would give it a try. I like the idea of a lightweight amp for gigging.

The other news from Vox is the release of two new amp heads to their existing Nutube range with the MV50 High Gain and MV50 Boutique mini heads. 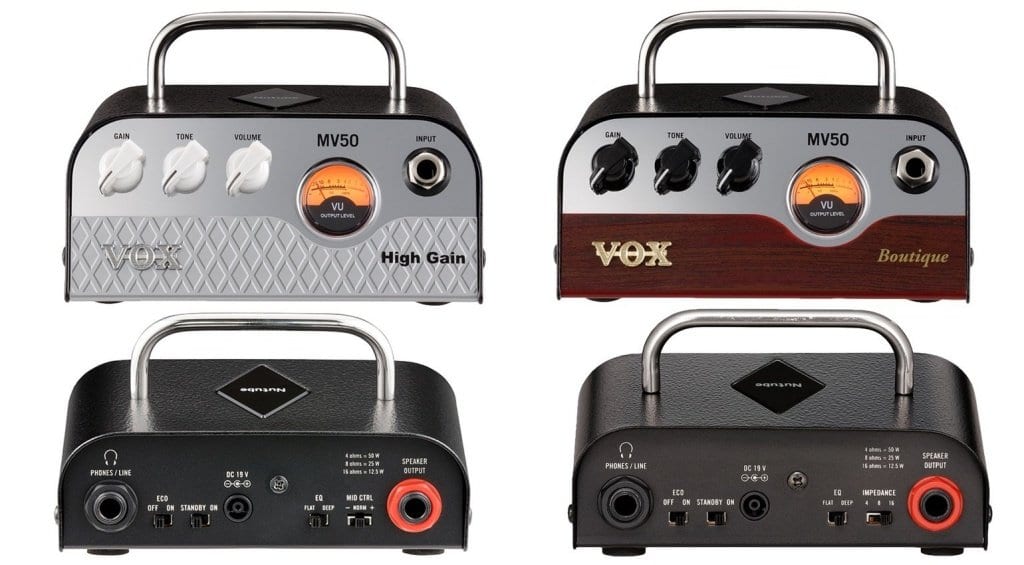 Supposedly delivering similar tones to the Mesa (High Gain) and Dumble (Boutique), these mini heads are rated at 50 Watts each and have a basic EQ section to tweak, a VU meter and little else. But if you need something ultra-portable then they could be perfect for you.

They do look cute, but they aren’t exactly cheap compared to the MVX150 and so I wonder if they will be as popular. 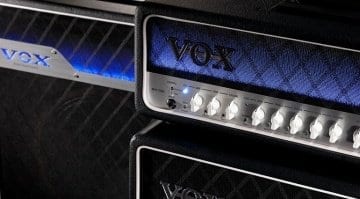 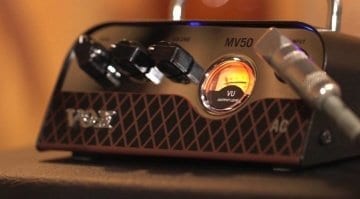 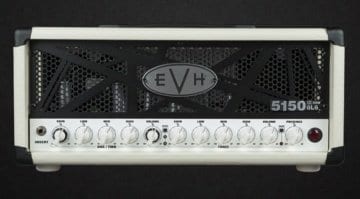 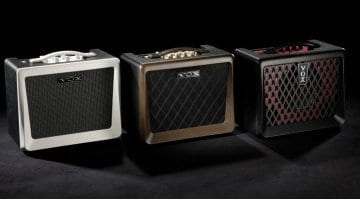