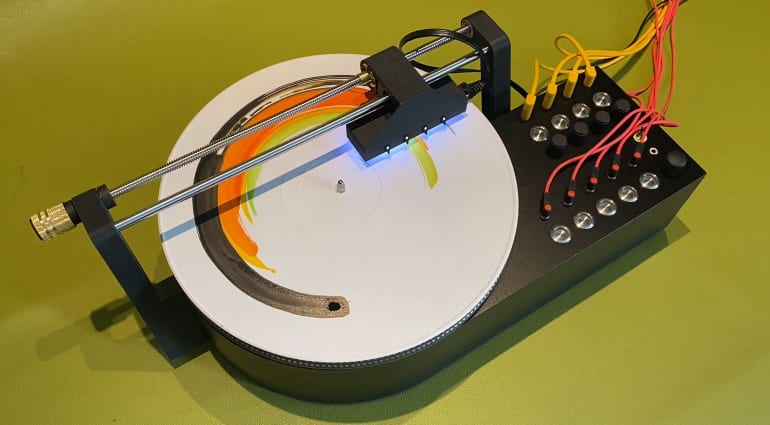 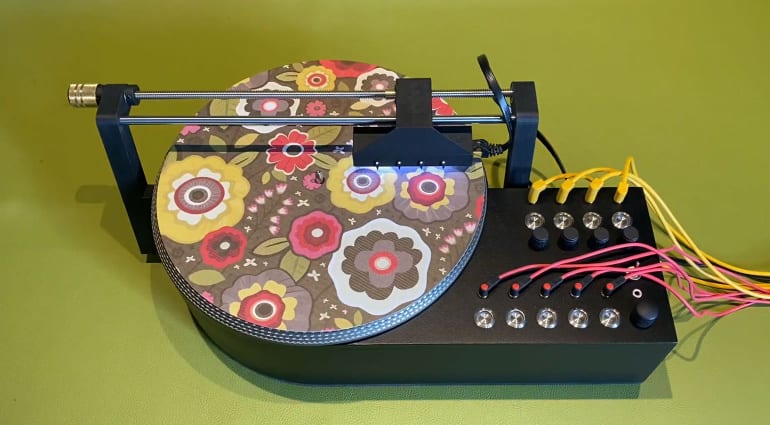 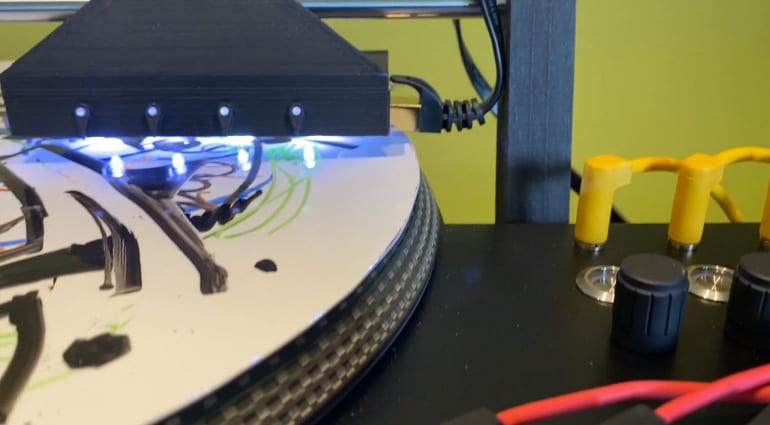 It looks like a beautifully weird record player but one where it’s not sound that’s recorded on the disc but light, colour and images. The play-head scans for colour, changes, contrasts and focus and transforms it into CV and MIDI data. Time divisions are derived from the placement of colour on the disc and arrive at five different outputs. All of this information can be applied to synthesizers or modular pieces to generate sounds and modulations.

The fascinating thing is that although you can place a pre-painted record on the turntable you can also simply draw or paint on one that’s already in play generating patterns and thoughts as it turns and rescans. It’s the wonderful bringing together of different art forms to reinterpret artistic expression. It’s just beautiful. 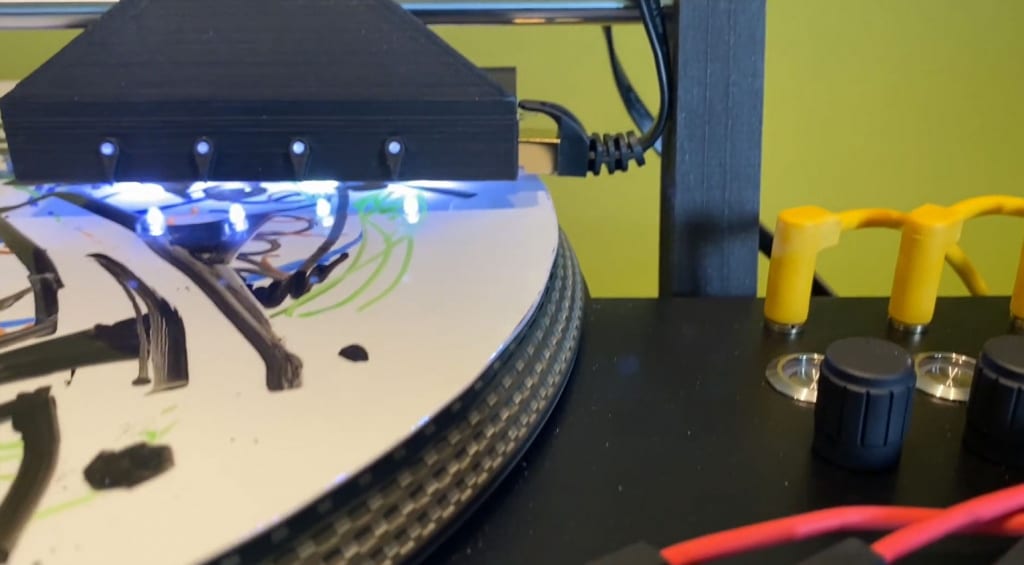 Synescope is the result of a “Graphic to Audio” project by Trace Bloom which charts the work and expression of artist and designer Brian Alexander. His website documents the journey to what became the Synescope and throws up some stunning prototypes along the way.

It’s really interesting watching the video and seeing how the sound changes with the different source materials. And also how everything can be changed by moving the 4-point play-head to discover different aspects to a complete reversal. 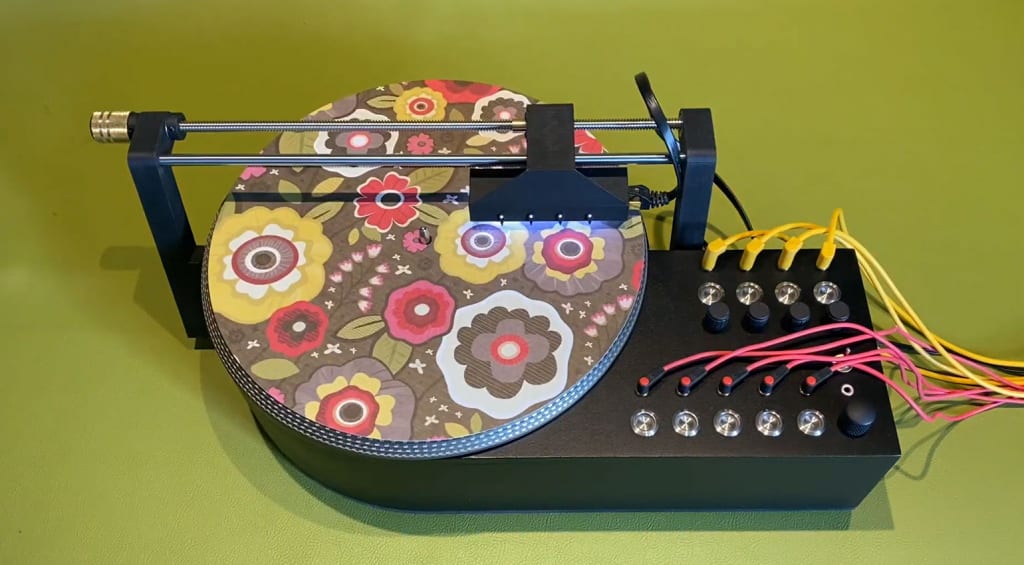 Synescope is a fascinating one-off machine that’s probably unlikely to become a marketable instrument. It’s a great concept though and I can imagine formulating a miniature version in a Eurorack module that takes small discs and generates CV – that would be very cool. 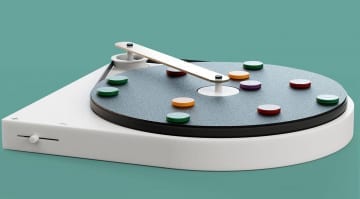 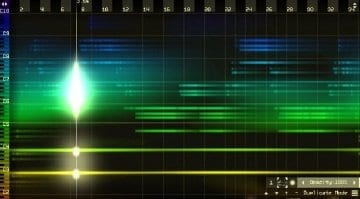 One response to “Synescope: a turntable of music through art and images”