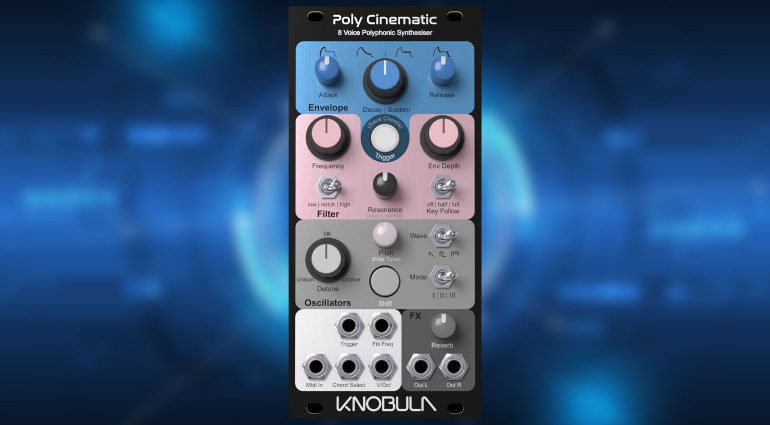 We had a preview of this fascinating module a few months ago but now the Poly Cinematic is officially released and ready to bring pads and stabs to your Eurorack.

It’s a striking looking module that you wouldn’t expect to house an 8-voice polyphonic synthesizer. But Knobula has a very specific approach to polyphony and what it means in the Eurorack context. Poly Cinematic is a digital synthesizer with 56 oscillators of virtual analogue waveforms designed to be as instant and accessible as possible. The front panel gives you envelope controls, filter controls with 3 modes, waveform selection, output modes and Detuning from Unison through to 5ths and octaves.

It operates mostly over MIDI where you can play all the voices with a MIDI keyboard. But for better Eurorack integration it has a Chord mode that can be played and selected by CV. Simply record in a few chords and then have your modular move between them and fill your music with the rich sound of the Poly Cinematic.

It sounds amazing and does exactly what it appears to without all that messing around trying to integrate a synth into your modular or attempt some polyphonic patching.

Poly Cinematic should be available as soon as the team gets back from Superbooth for £320.

Here’s a preview video I made when I had a go on the module back in August. 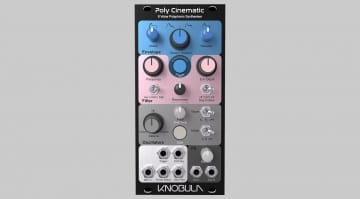 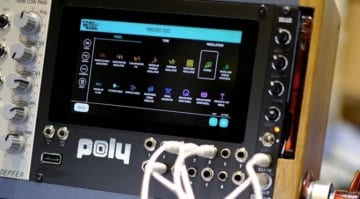 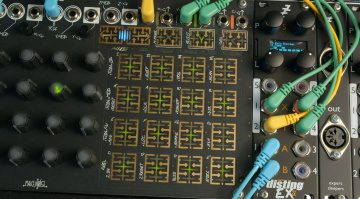 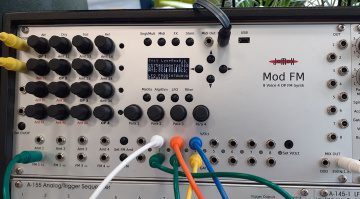