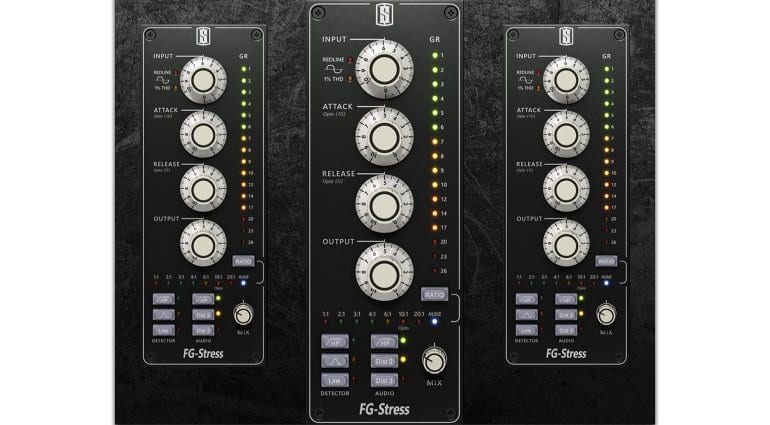 Empirical Labs’ Distressor is the kind of compressor that makes professional audio guys weak in the knees. They love fawning over its ability to mimic several classic compressor types and wax poetic about all the nice things it does to their tracks. No wonder Empirical Labs called its long-awaited Distressor emulation the Arousor – it’s basically pro audio engineer erotica!

There’s one problem, though – accomplished as it is, the Arousor, at $350, is mighty freaking expensive. Which is understandable – Empirical wants to sell actual hardware Distressors as it profits more from them than it does from selling plug-ins. Plus, simulating the complex Distressor is a DSP engineering task of the highest order, likely with huge development costs.

But still, $350 for a compressor plug-in? Uh, dude! Talk about an opportunity for someone else to move on Empirical’s turf and offer a cheaper alternative that’s just as good, right? Knowing Steven Slate‘s expressed aim for right by classic gear in the virtual realm, it’s not at all surprising that the company is introducing FG-Stress. It’s a licensed emulation of the Distressor that apparently took the better part of two years’ work and Slate isn’t hiding any pride in doing this compressor justice while pricing it a good amount below Empirical’s tag.

In fact, Slate is so confident in the results of its efforts that it’s offering all Distressor owners the opportunity to match and compare their gear with the simulation using a specially crafted calibration package. It’s also running a dedicated FG-Stress audio comparison page where users submit recorded comparisons. It’s a very commendable initiative that shows just how serious Slate is about product quality and respecting its customers.

The Distressor compressor features eight “curves”, that are not unlike eight separate compression circuits inspired by gold standard devices in the category. For example, the unit is able to pull off a convincing LA-2A opto compressor emulation using dedicated detector circuitry, or engage in real-deal brick wall limiting. 1176-type smashing is possible as well, and so are many other sounds. Eight circuits aside, there are three modes dealing with different distortion types – basic, 2nd order harmonics, and 3rd order harmonics. Finally, HP and LP filters exist to help deal with frequency buildups.

Steven Slate is selling FG-Stress for an introductory price of $199, down from the $250 regular price. The plug-in is also available as part of Slate’s Everything Bundle, which starts at $25 per month for access to every single Slate plug-in. FG-Stress and all Slate plug-ins require an iLok dongle for authorization. They are available in all the usual formats for Windows and Mac computers.