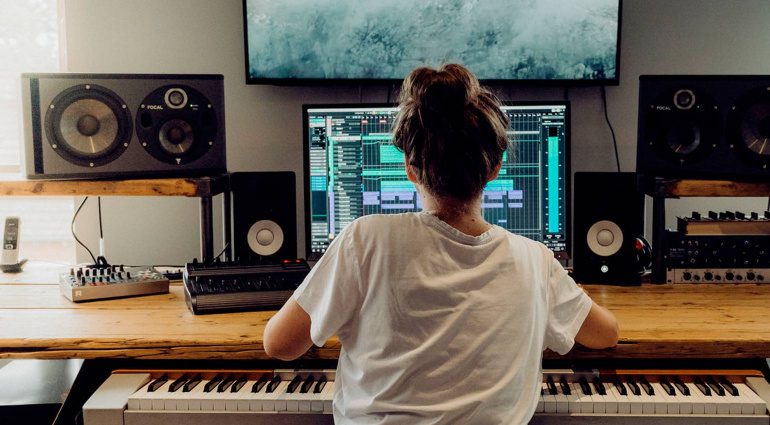 Steinberg has revealed that Cubase 12 is scheduled to arrive in 2022. There’s not much to say about the new version of the DAW yet, but we do already know that it will indeed feature a new licensing system that does away with the unpopular eLicenser dongle. The grace period for updates from Cubase 11 starts today.

While Steinberg hasn’t specified an exact date for the release of Cubase 12, the company says that the next major update of the DAW software will arrive next year. Although the developer states that Cubase will bring “inspiring new features and significant workflow improvements”, they’ve yet to unveil what those will be.

While we don’t know the release date yet, the grace period for updates starts today. This means that if you purchase Cubase 11 from today onwards, you’ll receive a free update to Cubase 12 when it comes out.

The most interesting part of today’s news is Steinbergs announcement of a new licensing system. We already knew that the company was working on ways to get rid of the unpopular eLicenser dongle. The new system will be ID-based, meaning that you’ll log into your software with your Steinberg ID to activate it. The software will then “call home” to check your license.

The good news is that your DAW machine won’t have to be connected to the internet at all times. Steinberg says that the software will continue to function offline for 30 days, before reconnecting to the server to validate the license. This means that you can take your computer off the net temporarily, e.g. if you’re working on the road, without having to worry about getting your DAW software to work.

If you’d rather not connect your DAW computer to the internet at all, that’s possible, too. According to Steinberg, there’ll be an option to log into your user account on a different machine and check out an offline license for a period of one year. This can then be installed on your offline DAW machine. From what we understand, you’ll have to repeat this process once a year.

The new licensing system will make its debut in the upcoming release of Dorico 4 early next year, before being introduced to Cubase with the release of Cubase 12 at a later date.

What do you think – is Steinberg’s new licensing system a good idea? And which new features do you hope for in Cubase 12? Let us know in the comments. 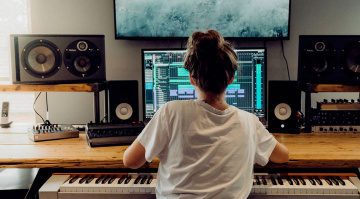 Finally something innovative and amazing to look forward to in 2022! I hope the other DAWs are paying attention.

Pay attention with what?
Another stupid copy protection system?
Why even the need to ever having to connect when your ID is already confirmed and only you purchased it?
Your ID and Serial is already confirmed to belong only to you.
It’s stupid and unnecessary to have this. What’s next?
Subscription system?
Glad I gave up on Steinberg a long time ago. You don’t see this crap with Apple’s Logic Pro X, or Ableton Live Suite, do you?

And Ableton is a bad example, seeing its the most pirated DAW out there.

It’s easy to check with TCP dump. No it doesn’t. Apple is chilled about it because they are in win-win situation.

Yes, ..sarcasm! I too gave up on Steinberg a long time ago. They’re a relic from the past, doing a press release for abandoning dongles in 2022. It’s embarrassing.

The bias here is astounding. Cubase is STILL one of the leading DAWs in the market, DESPITE the dongle security system. The features it has are innovative even in the current highly competitive market and some even surpass what the competition has to offer. All other DAWs are either pirated to death or aren’t popular enough to even pirate. It’s amazing how people have just come to expect that software should be crackable. I feel like most of the people that complain are the ones that want to crack Cubase Pro but can’t…

The irony is that there are cracked copies of Cubase around, while legal customers are dealing with dongles. I’m fortunate enough to own legal copies of every DAW I care to try (no ProTools. but could afford that too). I own the Steinberg dongle, and Cubase, …and that DAW’s wasted my time chasing bugs, and not making music. The product has a 1,000+ page manual, because it’s clunky and unintuitive (maybe you grew up with it, and it works for you), and you can Google plenty of people asking questions to common problems and bugs, and not getting answers. Steinberg customers want to be making music, not finding workarounds to bugs. I mostly use Logic, Reaper, and Bitwig, …occasionally Ableton and Studio One. Cubase may have a lot of “innovation,” but it’s executed poorly, and the company is more concerned about piracy than making sure that their legitimate customers can do music. When the product is priced right, and delivers value, piracy is not an issue (I’m in the software business). Reaper seems to be doing fine, and it’s better than ProTools and Cubase, …but not as fancy looking. When you can’t give your product away for free, you have a real problem. I could’ve upgraded to Cubase Pro 11 for $49, and I said nope, not that crap. There once was a product called Lotus123. They thought they were special, and better than everyone else. Steinberg could learn from the story of Lotus 123, as I believe that they too are becoming irrelevant.

Cubase I don’t have a problem with, but don’t dare impersonate me, ya bastard 😁

I actually like the dongle. I can install Cubase on as many machines as I want without having to worry about how many unused license activations I’m left with. I just take the dongle with me and I’m good.

What really pisses me off – is this usb dongle… You can easily forget it, broke it..
And also: Hello im in 2021 and usb slots on mac are not avilable anymore! So i need to bring stupid adapater with me to work in nuendo… By the way – its not the fact that nuendo will run a new license scheme

I’m with mkopter — I work at multiple studios as a freelance engineer, producer, and mixer. Things like iLok and eLicencer are critical for making sure I’m authorized on the computer I’m working on. Fab Filter, IK, NI are unusable for working engineers because they have machine specific authorization. I’m concerned about portability for Steinberg with this new change.

I agree with mkopter as well, I love dongles, I love the convenience of plug ‘n play whenever I switch to another machine. But I can imagine the dislike of them coming from people that work on labtops. The best thing would be to have both options of dongle or machine licence. Having to connect every 30 days is not something I prefer, although I’m not having a huge problem with it either. What I’m not getting is the pretty hateful anti Cubase rant but to each their own. I’ve never felt the urge to even consider moving to another DAW.

I will say, eLicencer should take a look at what iLok is doing. The iLok 3 is small, has a metal case so it’s pretty much unbreakable. Pretty perfect.

Hi, with Cubase Pro, With Protools, or Logic, or whatever DAW you wanted to use, it will give you the same results as your capacity is, so forget about defending DAW defend your talent in the field, and as a matter of Fact, I LOVE CUBASE the most intuitive DAW in the universe. Happy Day!