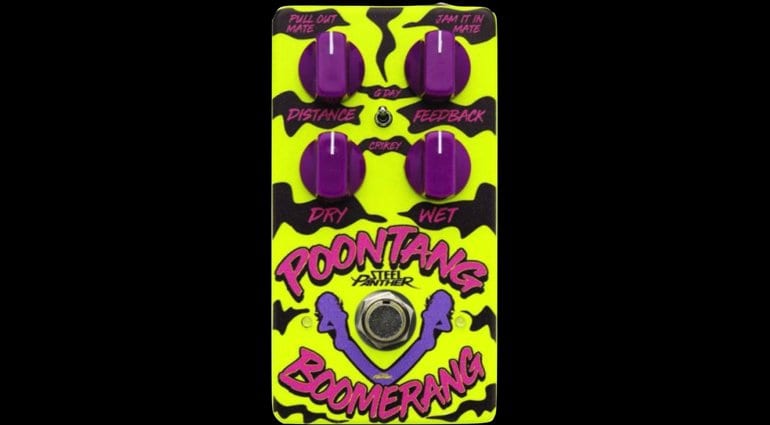 Steel Panther have announced a second guitar pedal, the Poontang Boomerang. As you’d expect, they aren’t being subtle in their advertising for it, calling it “the world’s greatest digital delay pedal”. Will this one be banned from sites like Reverb.com, too?

The pedal’s name comes from one of Steel Panther’s tracks from a few years ago. It’s typical of their hair metal shtick, which also features on the pedal itself: The input jack is labelled ‘Jam It In Mate’, while the output is ‘Pull Out Mate’. So, as usual, the pedal is a little tongue in cheek. Which is what you expect with anything associated with this ’80s glam metal band.

Here’s an excerpt from the band’s official statement:

The Poontang Boomerang is a delay pedal which plays with space. (Not the shit up in the sky, the space around you that’ll fuck with ya ears) In addition to the full functionality of a traditional, analog delay, the Boomerang also has a boost and modulation which lets you go ape shit and gets your undercarriage tingling. 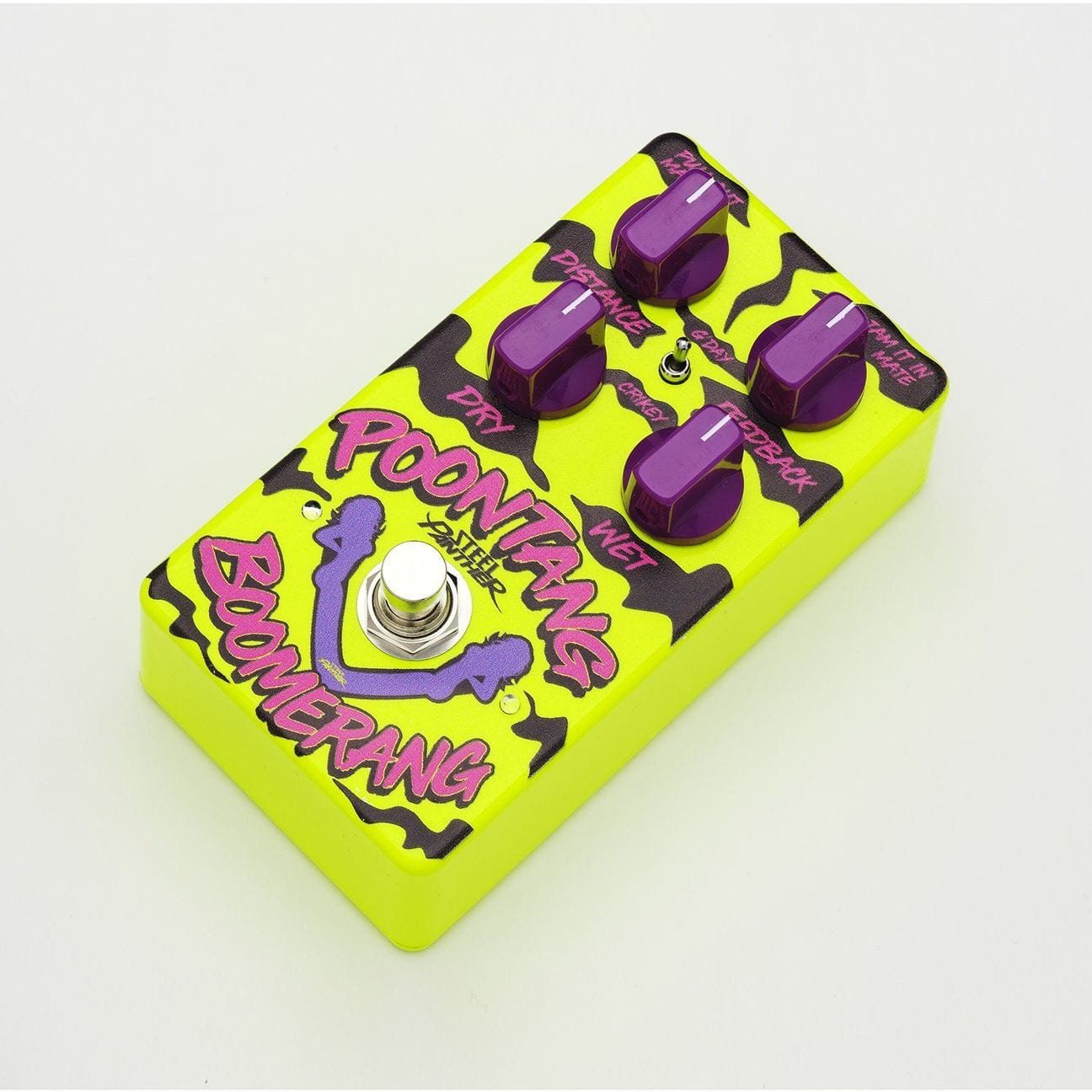 What about detailed technical specs? All we know us that the Poontang Boomerang has controls for Distance, Feedback, Dry and Wet controls. Plus a G’Day/Crikey toggle switch. There aren’t any additional details on the band’s site yet. So you will be taking a bit of a punt with this one. The first 1,000 pedals will come with a numbered certificate of authenticity.

The band’s last pedal, the Pussy Melter, was banned from Reverb, falling foul of the site’s guidelines on offensive material. See the video below for more details. Like the Pussy Melter, I doubt this one will be around for long on Reverb, either. You can pre-order it now, with deliveries from 11 July. 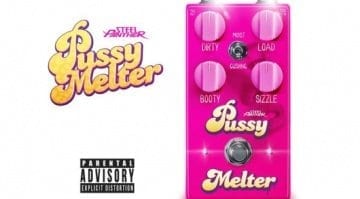 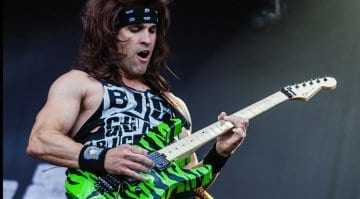