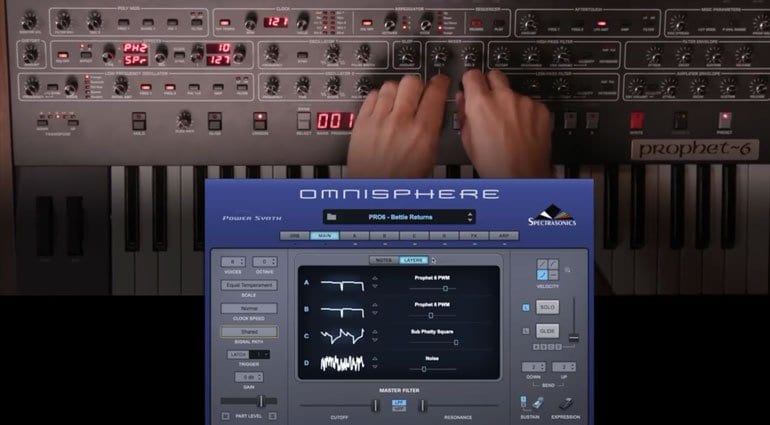 It was the talk of NAMM back in January. Spectrasonics had somehow evolved their massive Omnisphere atmospheric virtual instrument to be able to integrate with over 30 well-known hardware synthesizers. That update to version 2.5 is finally here and free to all users of Omnisphere 2.

The idea is along the lines of what we find in Native Instrument’s NKS or Akai’s VIP software but rather than mapping different software synths to a single controller Hardware Synth Integration does the opposite – it maps a software instrument to the controls of a range of hardware synthesizers. It’s not just MIDI mapping, there’s a bunch of profiling going on behind the scenes to create a seamless workflow and a sophisticated interface. So now you can use your Moog Voyager, or Roland VP-03, or Novation Bass Station II etc. as a fully integrated, no messing about, controller for Omnisphere.

They also talk about how Omnisphere takes on the sonic characteristics of the hardware synth you are using – how they do that? I’ve no idea but it sounds intriguing. I guess what they are saying is that Omnisphere changes depending on the parameters available on the hardware synthesizer. They say how they added a state variable filter simply to match up with the Dave Smith OB-6. There’s some clever stuff going on in here.

Of course while you’re fiddling with Omnisphere the sounds on your synth will be all over the place.

Spectrasonics have a very useful video that takes you through a number of hardware synths and how they integrate with Omnisphere. You really start to get a glimpse of why this is an awesome development for hardware/software control. It also points out perhaps how you are not going to get hands-on access to the same parameters with different keyboards. On their list of hardware I have the humble Bass Station II which they rate as “Outstanding”, which is nice!

Along with the hardware integration there are a number of other improvements and developments. The synth engine has been massively expanded, doubling the voice architecture to 4 layers per patch. Each patch can have 12 envelopes, 8 LFOs and there are now 48 modulation matrix routings. The Granular side has been greatly improved. They’ve added over 100 new DSP Oscillator Wavetables based on the supported hardware. There are 1000 new patches designed to cover the hardware support. It has a new high-resolution scalable interface. There’s also multi-touch support with Windows touchscreens and tablets. 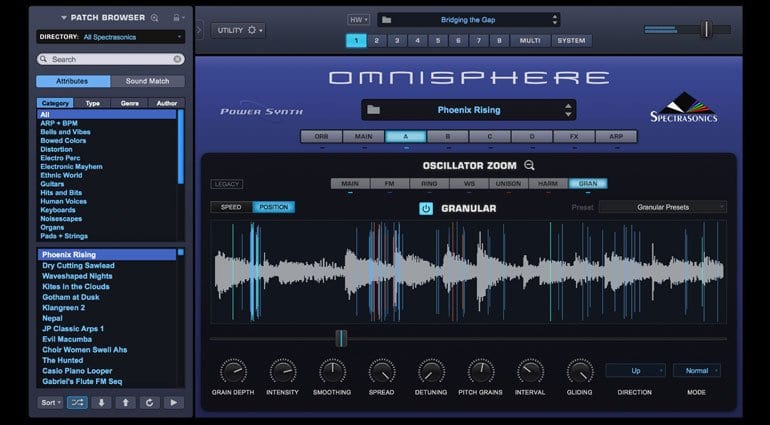 I confess that when this emerged at NAMM I really didn’t grasp what it was all about – it just didn’t seem very interesting. Having spent a bit more time on it the awesome potential of this update is more than a little mind-blowing. Maybe it’s time to get that update to Omnisphere 2.5. 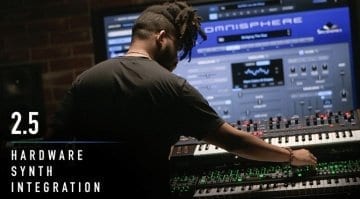 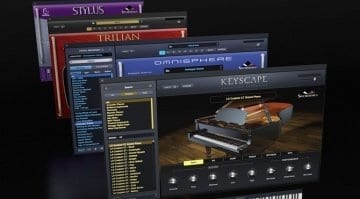