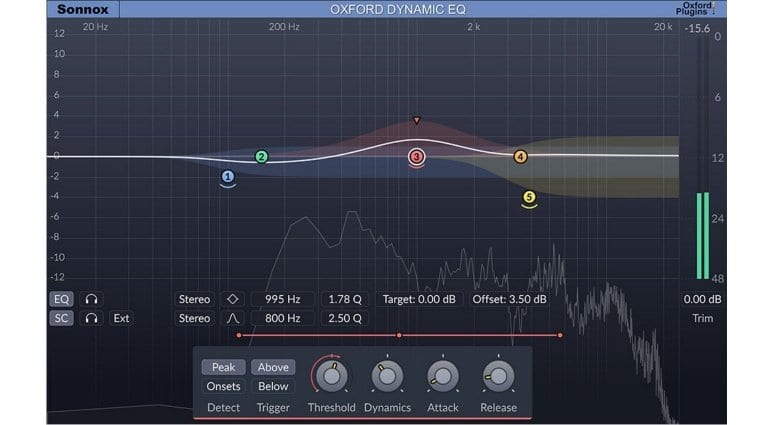 Fans of Sonnox’s Oxford plug-ins are in for a treat. The plug-in maker has released a new tool for their arsenal, the Oxford Dynamic EQ. It looks as slick as any pro-EQ plug-in, and it includes automation controls to save time in audio processing. It will be interesting to see how this new tool holds up against existing, and much cheaper products from Waves and oeksound…

The plug-in has 5 bands that can overlap without causing distortion. There’s also an optional offset control that, supposedly, lets you get the best of both a static and dynamic EQ. So if you don’t want or need an equalizer that, sort of, controls itself on the basis of thresholds and peaks, you can use the Oxford Dynamic EQ as a standard parametric EQ. This kind of flexibility gives it a broad usability, so both intermediate and advanced producers or engineers ought to be able to get a lot out of its functionality.

The Oxford Dynamic EQ has an option to engage the effect by onset (transient) detection, which is useful when working with drums and percussion. There’s also mid-side processing, useful to enhance a vocal without affecting side-channel balance, or to open up a mix by focusing low end energy in the centre.

The Oxford Dynamic EQ costs a premium 271.44 EUR / 309 USD / 239.6 GBP and requires an iLok for authorisation. It’s compatible with Windows and macOS computers. As an alternative, if you are in a dire need of a dynamic EQ, check out F6 by Waves and soothe by oeksound. Both are very interesting, full-fledged plug-ins that could work great as problem solvers. With soothe, in particular, you supposedly don’t even have to worry about hitting the right frequencies. The plug-in has a built-in algorithm for detecting typical problems, such as harshness or sibilance, all by itself. 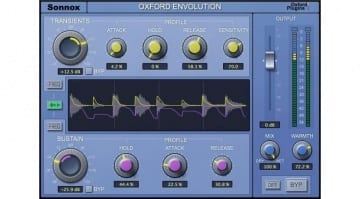