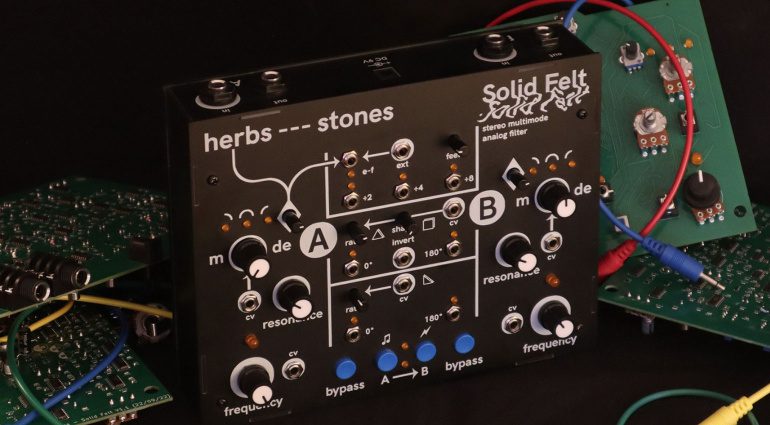 A new addition to the Herbs & Stones family comes in the shape of the Solid Felt stereo multimode analogue filter. Here’s what we know.

Herbs & Stones are known for its esoteric boxes of ingenious sound generation and manipulation. It’s sort of like what would happen if Teenage Engineering was run by hippies. And I mean that in a good, earthy, connected way to life and the universe. The boxes are unusual, artistic, and boutique, dripping in analogue vibes and coolness.

And so, arriving in this space, we have Solid Felt. The full specs are yet to be revealed, but we know that it’s a stereo multimode analogue filter in a desktop format. Similar perhaps to the Elta Music PF-3 but altogether more elaborate.

From the Instagram photo, I can pull out a few more thoughts. There are two filters, A and B, each with a CV controllable Mode knob, which makes me think you can morph from lowpass to bandpass to highpass. You’ve then got resonance and a CV controllable frequency cutoff. I solidly approve of the bypass buttons, something the PF-3 was sorely lacking. There’s also an A to B button, which probably lets you run the filters in series rather than parallel, as you normally would for stereo usage.

There’s plenty of strangeness going on in the middle section with shaping, inverting and other such shenanigans, which gives the impression that there will be lots of modulation on offer.

Solid Felt looks great, and I definitely feel that desktop filters is going to become a bit of a thing, especially for people working in a DAWless environment.

Price and availability are to be announced, but we’ll update you when we get more information. 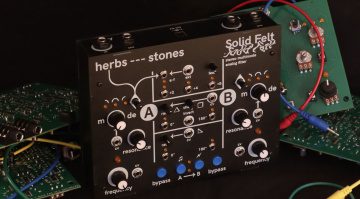 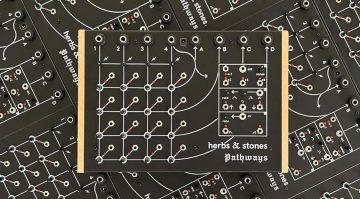 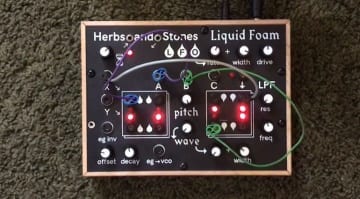 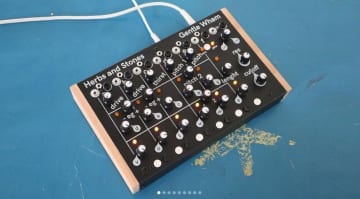 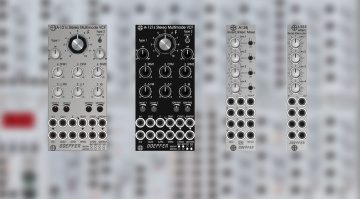 Robin. Sorry to be a pedant. A company is a singular. ‘It has released a new filter.’ Not ‘they’. Can someone tell peter kern too? Sorry to be that guy. It’s a common and annoying mistake.

I think it depends on whether you view a company as an entity or a collection of souls – and that can go either way in our industry. However, Gearnews likes us to use “its” and so I’ve corrected it. Other well-known publications prefer me to use it the other way.