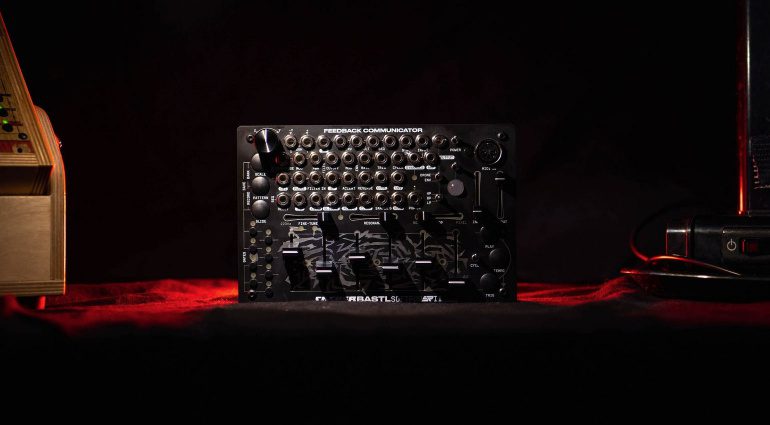 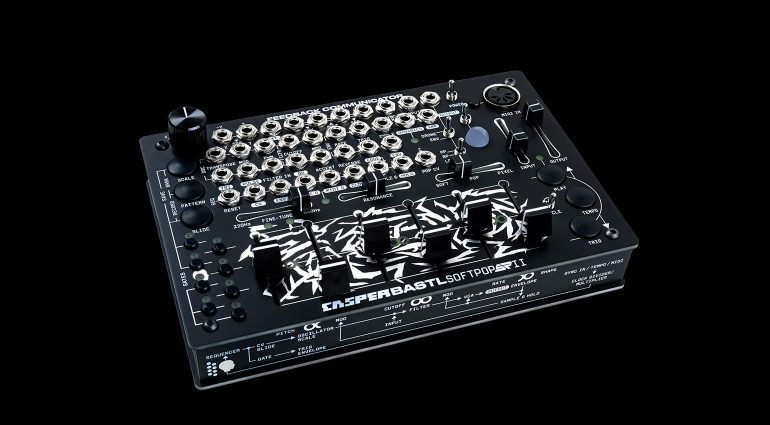 A rampant love affair between noise and melody, bangers and angels, bass and chaos, tied up in an effusion of sockets and sliders in the Softpop SP2.

I loved the original Softpop. I think I described it as “one psychedelic semi-modular biological entity that moves, grooves and devours other boxes of noise with the wet fart of ecstatic synthesis.” So the SP2 has quite a lot to do to take it to another level – and it has.

The SP2 is at once more musical, more adaptable, more rhythmic and satisfying as an instrument. It’s not just manipulating noise and farts, this is a proper modular synth with a performance sequencer and analog sound processor. Although, without a doubt, there are plenty of farts, squishy soundscapes and jungles of noise in here. It will behave perfectly until you decide to patch in the feedback and tear its little heart in two. Ultimately the fun in the Softpop came down to messing about with those 6 sliders that pushed sound, filters and cross-modulation about the place and the SP2 has taken that idea and run away with it. You’ve still got your 6 sliders for crazy-town manipulation but they’ve added more for tuning, resonance and waveform wrangling.

For sound generation and synthesis the original gave you a fun and fiddly mini patch-wire system whereas here we have a vast array of sockets that dominate the top half of the device. They call it the Feedback Communicator because it’s in the extraordinary feedback engine that we find the weirdest and most organic screams, purrs and excretions. It has a triangle core with PWM and triangle and square wave outputs. It has a state-variable multimode filter and a very nice distortion crossfader for “POP” control.

Inside the SP2’s brain is a complex digital sequencer and quantizer that can carve rhythms and melodies out of the analog chaos and produce 8-step patterns of gates and melodies. The scaling and playback modes can be fiddled with and pushed through an effects section while chaining and looping patterns keeps the tap turned on for a flow of new ideas.

It’s a fun box, surprisingly small and deliciously interesting. Built by Bastl and Casper Electronics and is available now for €480. 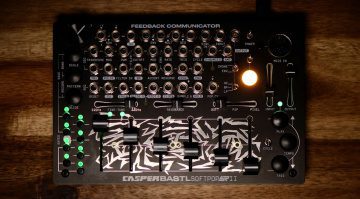 Bastl Instruments is teasing Softpop 2 for the new year 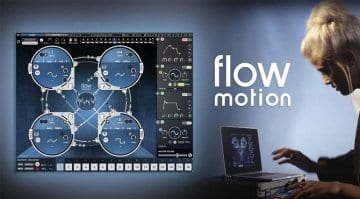 18 Jan · I mentioned this in the previous article https://www.gearnews.com/the-new-maestro-electronics-fuzz-tone-promises-to-give-you-satisfaction/

18 Jan · Friendly reminder : Gibson threaten to sue a small company (MojoHandFx) of the name "mister-o" prior to releasing this line-up. Here, I don't see pedals, I just see a big corporation being a bully...

17 Jan · This looks great. Although I don't own a Nymphes I do use Voltage Modular a fair bit. As you have said, would be great to see more hardware synths integrated into Voltage Modular.