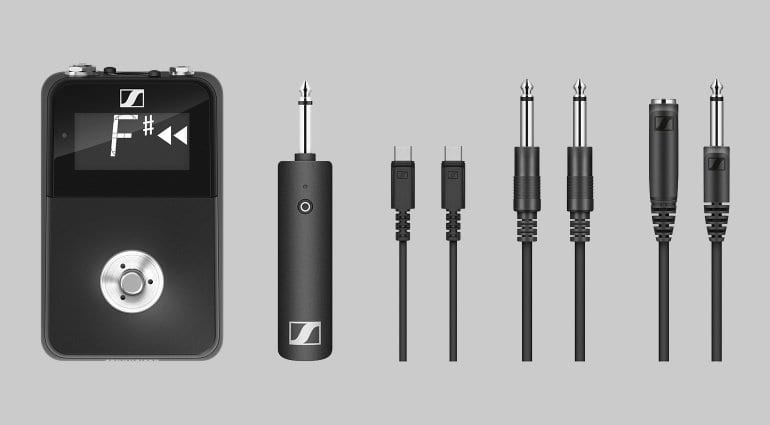 Sennheiser has added the XSW-D Pedalboard Set to its lineup of digital wireless systems. The company says that the stomp box receiver is designed for ease of use. It also includes a tuner, which can help you save space on your pedalboard.

With its first pedalboard wireless system, Sennheiser is offering an alternative to the Boss WL-60, Line 6 Relay G10S, and Shure GLXd16, among others. As it operates in the 2.4GHz frequency band, the system is suitable for worldwide use. Up to five XSW-D systems can be used simultaneously.

The compact XSW-D transmitter plugs directly into the guitar or bass, or can be attached to your belt using a belt clip and short cable (both included). It uses a rechargeable battery, which lasts for about five hours, according to Sennheiser. The transmitter can be recharged by plugging it into the receiver.

The compact stomp box receiver mounts on your pedalboard. It automatically looks for the transmitter when it is powered on. To connect, Sennheiser says that all you need to do is press the button on the transmitter. In addition to a 1/4″ output, the receiver features a balanced XLR output that lets you run a DI signal to the mixing desk.

I like the fact that Sennheiser has included a tuner in the receiver. When you press the foot switch, the output is muted and the tuner is activated. If you’re running out of pedalboard real estate, the XSW-D receiver potentially eliminates the need for a separate tuner. It seems like a smart move to combine two auxiliary pedals into one! 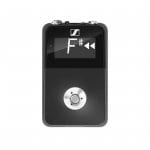 The pedalboard receiver includes a tuner 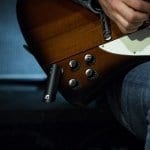 In addition to the transmitter and receiver, the Sennheiser XSW-D Pedalboard Set comes with a belt clip, short instrument cable, USB charging cable, and power supply. It also contains color-coded stickers for marking the transmitters and receivers if you’re using multiple systems. 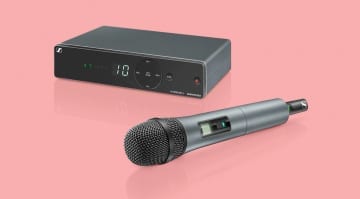