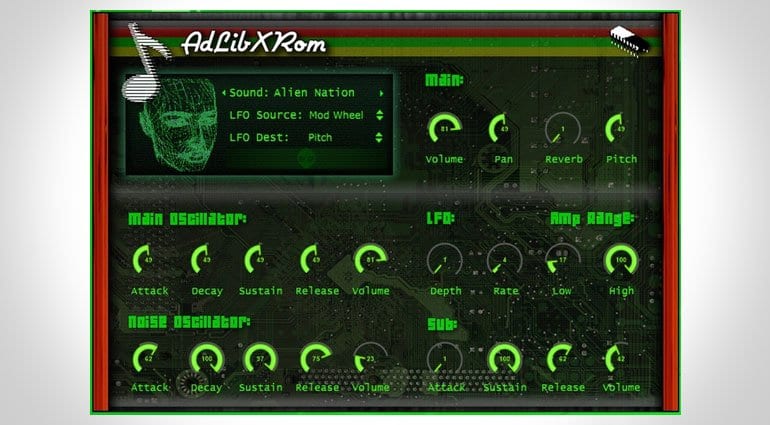 Do we need this? Has our interest in retro synthesis and chiptune gone so far that we’re digging out any old rubbish and reinventing it as a plugin? SampleScience seem to think so and they’ve just released AdLibXROM based on the sounds on the AdLib Music Synthesizer card of the early 1990’s.

Shortly before Creative Labs SoundBlaster bulldozed it’s way across the PC sound-making landscape there was another source of music in the PC. Ad Lib Inc was a Canadian technology company founded by Martin Prevel, former professor of music at the Universié Laval. Their focus was to move the PC on from the beep of the PC speaker (now that would make a worthy plug-in) into the world of sound and synthesis. The AdLib Music Synthesizer card was released in 1990 and immediately revolutionised the PC gaming industry. 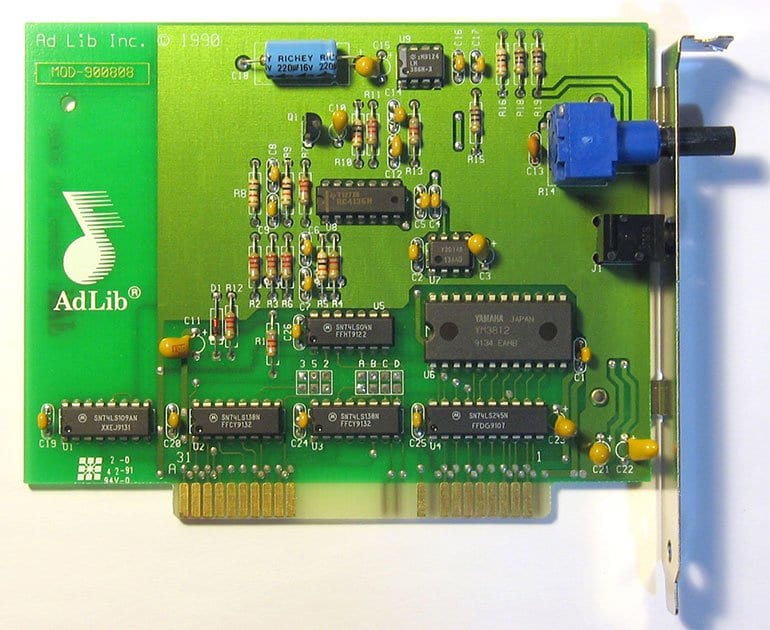 The first game to support it was Sierra’s King’s Quest IV who even hired a professional composer to write the score. This also throws up memories for me of Wing Commander and The Secret of Monkey Island which were the first games I played on the PC. In as little as two years, however, the SoundBlaster card completely obliterated AdLib. However, the need to be “AdLib compatible” stayed around until game music moved from MIDI playback to audio soundtrack.

The AdLib card was based around the Yamaha YM3812 chip. It featured 9 channels of sound, each made of 2 oscillators. Each oscillator produces sine waves which can be modified into 3 other waveforms with their own envelopes. The main synthesis method is FM with a sprinkling of additive. This chip was also used in the Yamaha PSR range of home keyboards during the late 1980’s. It was all addressed by MIDI, there were no samples or support for PCM audio which is really why it lost out to the SoundBlaster 16 and its ability to deal with digital audio.

So, has SampleScience captured the essence of the AdLib soundcard? Yes, pretty much although it all sounds far too clean. That probably has a lot to do with the fact that we used really crap speakers with PC’s back then. AdLibXROM comes with 40 multi-sampled sounds plus a simple interface giving control over envelope, LFO, noise, sub and effects. The sound examples give a good rendition of a simple FM sound set and no doubt this will be adored by the chiptune fraternity. Along with the VST/AU plug-in version you also get all the samples in sfz, Kontakt, Reason NN-XT, wav and sf2 formats. You can try it for a month and if you don’t love it they will give you a full refund – nice!

It’s only £12.99 and available now for OSX and Windows from the SoundScience AdLibXROM product page. 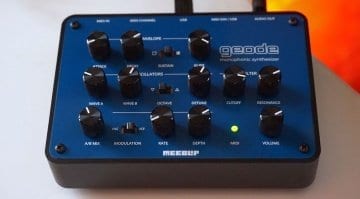 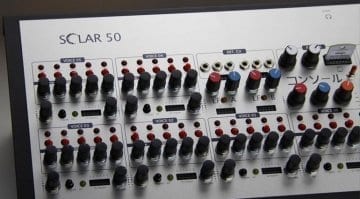 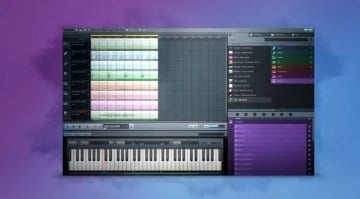