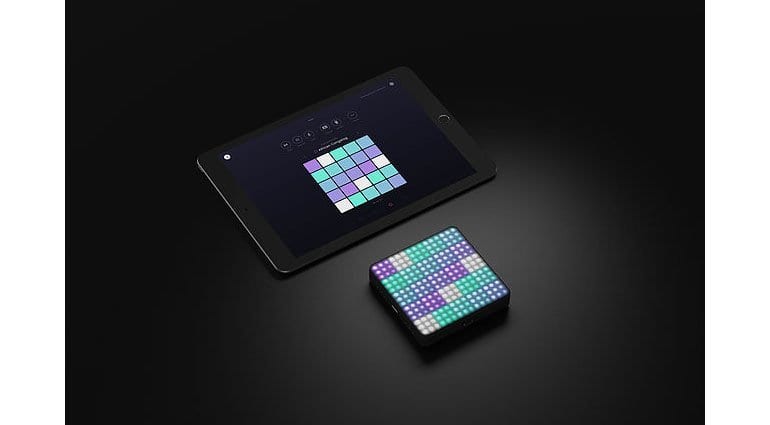 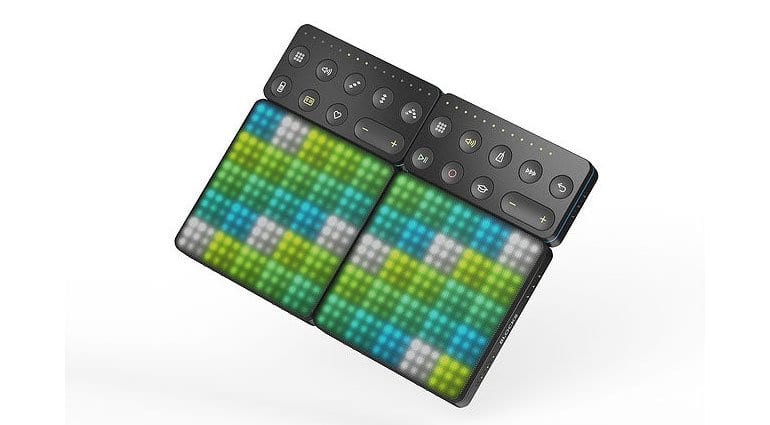 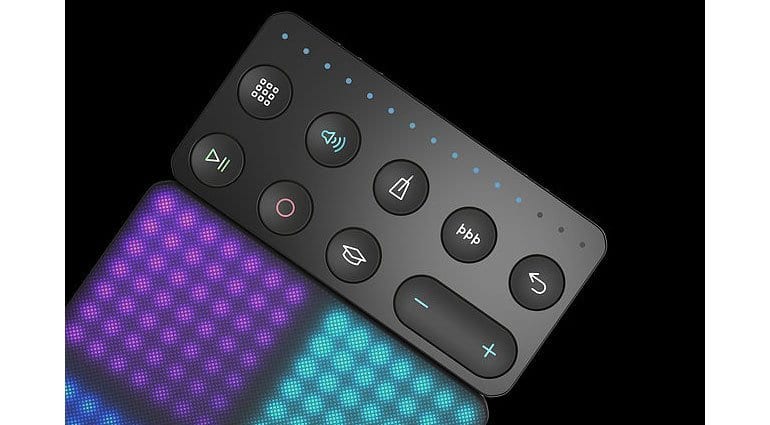 ROLI, the creators of the ground breaking Seaboard strangely expressive keyboard, have released some light up pads they are calling Blocks. They connect to an iOS app and help you make all sorts of pitch-bend laden music. Is it clever, innovative, fun or some kind of nonsense?

They describe it as a “modular music studio”, which is a bit misleading as that tends to conjure up images of Euroracks and patch cables – this is not that. It’s modular in the sense that these 4×4 inch pads can be linked to other pads. So you could build up a collection of these funny pad things one block at a time. Does that make a music studio? Possibly. Is my skepticism showing?

The idea is that anyone can slap out a beat or a tune on these things – no talent required. That’s a bit like any other iPad music app really. Stab at it with your fingers and music is generated. This can be samples, loops or synthesised sounds. The cleverness of the Blocks is that the grid of 225 lights, split into 5×5 squares can be adapted to display different things in different colours. They can be drum pads, but they could also be notes, scales or controls. The Blocks are of course made from the same sort of material you’ll find on the Seaboard giving you 5 dimensions of response. Those would be velocity, pressure, slide left/right, slide forward/back and release velocity. That makes for a pretty cool controller. And one that’ll fit nicely in your bum bag until you pull it out on the bus to make some mobile tunes.

The most obvious use of these dimensions, which is largely what sets it apart from regular controllers, is for doing a lot of pitch bending on individual notes. ROLI love a bit of slurring, a bit of vibrato and see a future where all music is bent.

There’s more to it than just this Lightpad Block. Each side of a Block has some discrete connectors and magnets which allow for a neat connection to another Block or a controller. There are currently two controller Blocks, each one provides a bunch of hardware buttons for features you would otherwise access in the app. The Live Control Block gives you playing tools, like arpeggiator, chords, scales and such like. The Loop Control Block offers recording and looping tools. As you add more blocks you can expand the scope of your playing. I’m not very sure what adding more Blocks actually helps you accomplish. I guess you get a wider playing surface, or can have different instruments on different Blocks – it’s not very clear.

Could you have four people playing four Blocks separately into one App? Or do they need to be connected to one another? Presumably they run on batteries – how long for? These are things we need to know.

Talking of clarity it’s important to note that the Blocks are not able to generate sound – they have no outputs. Instead all the sound generation is achieved by the iOS app either on your iPhone or iPad. Essentially they are bluetooth enabled MPE controllers. The app is called Noise and is available for free and contains all the functionality of the Blocks system but without some of the five dimensions. This enables you to try it out before you invest in a Block or two.

Which brings us to the cost. Hang on to yourself. A Lightpad Block will cost you £169.95 and the Live or Loop Control Block will add £69.95 to that. So for a modest setup of two Lightpads and the two Control Blocks you are looking at the best part of £500. That’s a pair of Novation Circuits, or a Korg Electribe with a Volca or two. Noise offers you around 100 sounds to play with and more on offer via in-app purchases. The other slightly unexpected move is that ROLI Blocks will only be available via the Apple Stores and website. I guess that’s the home of the premium accessory and this is certainly that.

Certainly, I’m intrigued. There’s no doubt that it looks fabulous and I can see the creative possibilities. I find so many iPad based music apps to have limited appeal – fun, but the music generation tends to be too guided, too automatic and so bores me after a while. Does Blocks have enough in it to lift it from being an expensive toy into a more creative and innovative space? It does look like it could be a lot of fun in live performance. It’s really difficult to shift people to a different way of approaching music making. The traditional keyboard is so baked into our understanding that I wonder whether people will take to this “new way of shaping music”.

I think because Noise is the only sound source and iOS is the only platform that I would probably run into too many restrictions. Also how many layers can my 3rd generation iPad handle? If I could bluetooth it into my desktop, bringing some interesting MPE control to my setup without having to invest in a Seaboard keyboard, then that might be very interesting. For now I would very much like to have a play and would relish the chance to be won over, but for the price it’s no casual purchase.

More information and more cool videos on the ROLI website. 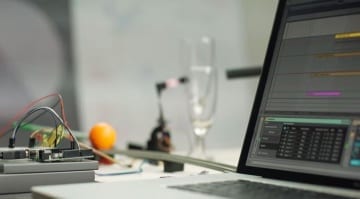