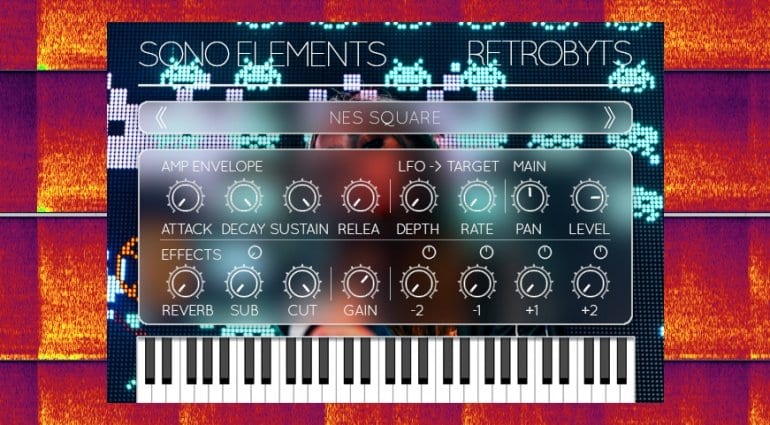 Sono Elements is calling out to your inner gamer child and presents RetroByts, a software synth with all the classic C64 and NES waveforms. If you’ve always wondered how to recreate those glorious chiptune sounds in your DAW, this affordable plug-in could be what you need.

The sound generator chips of early gaming platforms are legendary and highly sought-after. The most famous of them all – the SID chip from the Commodore C64 – is basically the definition of chiptune. Needless to say, the analog synth-on-a-chip has appeared in a range of hardware synths like the Elektron Sidstation, Mode Machines SID, Twisted Electrons TherapSid and its SID-inspired offspring TherapKid, Jahtari SID synth, and others. Many of these require you to supply your own SID chip, as it is out of production and getting harder and harder to come by.

If sifting through electronic waste in hopes of harvesting one of the treasured chips isn’t your thing, there’s always software! It should be mentioned that Sono Elements’ RetroByts isn’t the first plug-in of its kind by a long shot. In fact, there are numerous SID emulations out there, many of them free. Other plug-ins to consider include SocaLabs SID, AudioThing miniBit, and Plogue chipsounds, among others. Even Roland has released a chiptune synth, the aptly named Blip Blop. But that hasn’t deterred Sono Elements from launching another contender, and it looks like a lot of fun.

RetroByts contains 30 8-bit waveforms. Five of them come from the Nintendo Entertainment System (NES), ten are from the SID. The remaining 15 are bonus waveforms from other video games. For added sonic variety, the plug-in contains what the company calls a “4-octave transposer”. It’s essentially a quad octaver that allows you to mix two bottom octaves and two top octaves in with the original waveform – simultaneously. The simple GUI also has an ADSR amp envelope and an LFO, as well as reverb, sub, and cut (filter) effects. 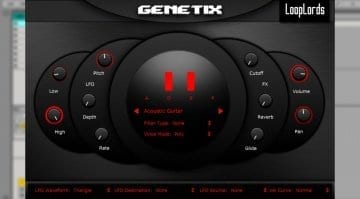