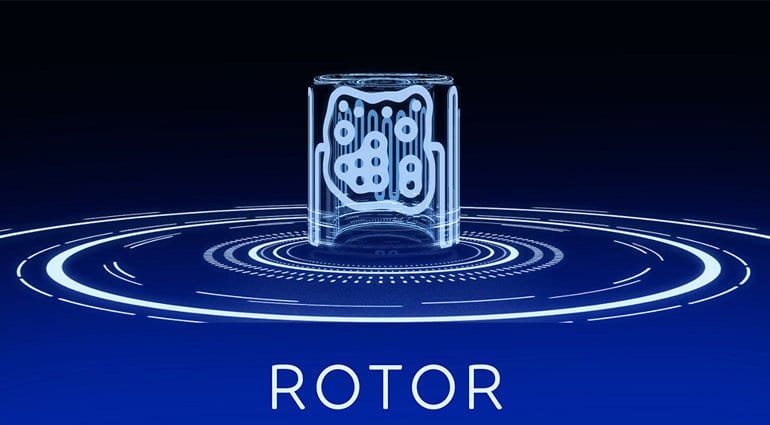 Reactable is an awesome object orientated tabletop music production and performance device. The big idea on their main hardware system is that you place blocks onto a surface that interact musically with each other. It looks amazing and has been used on stage by the likes of Bjork and Coldplay. They’ve had an iOS version available for a while which is pretty groovy for your fingers but they are about to step up to something more tangible with the release of ROTOR.

Reactable ROTOR is a fully fledged synthesizer and DAW designed for real-time performance. What makes it different from the existing iPad app is the physical controllers. These ROTOR “pucks” give you tactile control over any parameter you place them upon. 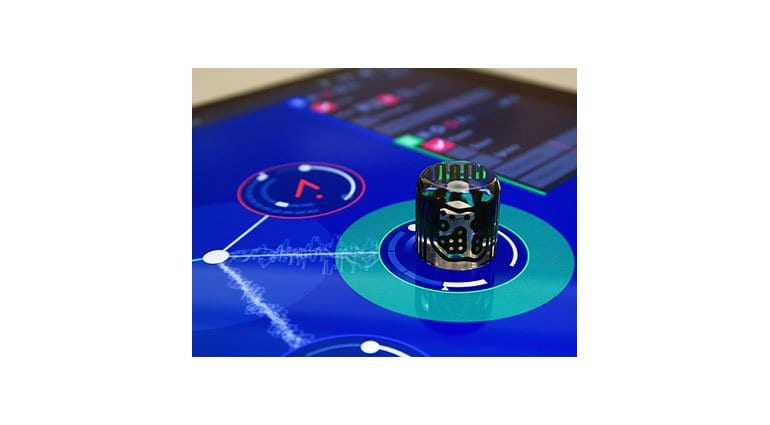 The objects within ROTOR include loop players, synthesizers, filters, effects, LFO’s and sequencers. You can record directly into it and push the various components into interacting with each other. It’s a very visual and engaging way of creating music. ROTOR has built in pitch and time detection keeping loops in sync and also in harmony with each other. Samples are configured as masters or slaves in terms of their key which is a very interesting approach. It also has Ableton Link so you can play with friends in total sync over a wireless network.

The pucks are probably what levitates this above most music making apps. In fact they are not actually required and will be sold separately. But I’ve got to think that they are essential to getting the best out of ROTOR. Not because they do anything special, but because they lead an air of performance to using ROTOR. That’s very interesting indeed. I’ve followed the Reactable journey with envious eyes and I’ve enjoyed the mobile app but this could pull it into more serious and intentional directions. I like that a lot. 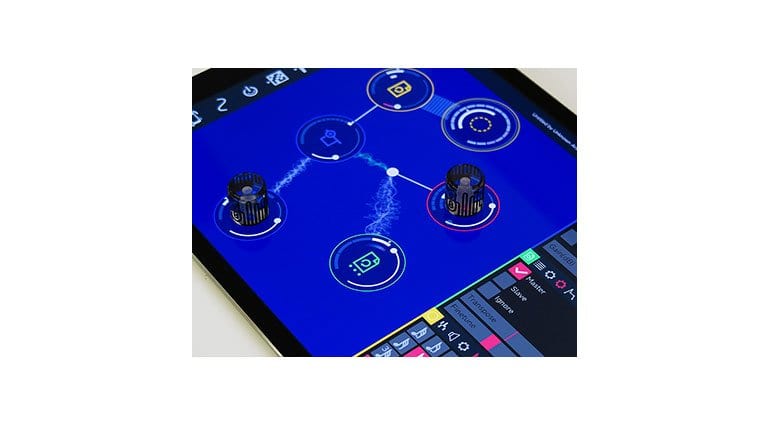 The app is available on Thursday 13th October for $9.99 and the pucks should be available separately in November. They recommend an iPad Pro or at least an iPad with an A7 processor to run ROTOR successfully, otherwise stick to the original Reactable Mobile app. How ROTOR differs from the mobile app is not very clear at the moment. It’s also a shame that there’s no Windows version that could take advantage of better processing power on Windows tablets, all-in-ones and hybrid laptops.