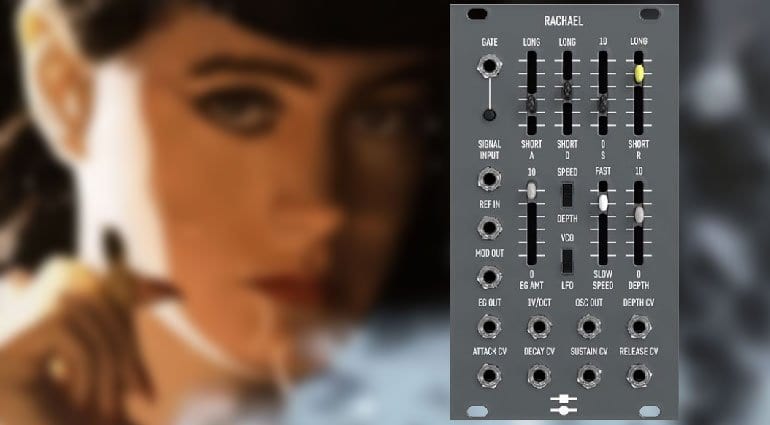 It’s like something out of a dream. Black Corporation keeps following this line of Bladerunner references with their CS-80 inspired synthesizers and modules. A couple of weeks ago they announced the Deckard’s Voice module taking a single voice from the Deckard’s Dream synthesizer and putting it into Eurorack. To go along with it they’ve now announced Rachael a suitably multi-faceted module that’s very much a thing with a life of its own.

Rachael is a ring modulator with its own reference oscillator and envelope generator. It can also take on the role of an independent ADSR, LFO and VCO. The oscillator can be fixed to be a square wave or a glitched sawtooth which for some reason is switchable only on the back. It looks the part and fits with the Deckard’s Voice nicely but will also play with any modules in your rack.

Details are scarce at the moment but they say it will be released at the same time as the Deckard’s Voice but they’ve not announced a price.

However, preorders have now opened on the Deckard’s Voice and you can secure one for a deposit of $199 on a total price of $699. They’ve also added a full feature list: