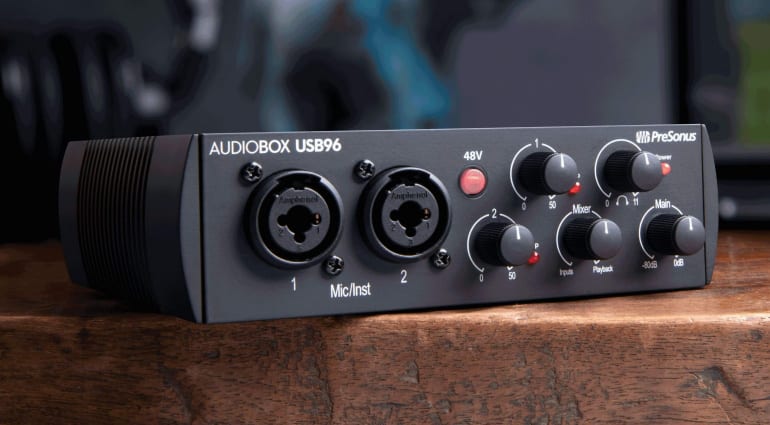 Otherwise, the interface is exactly what it was/is. A bus-powered desktop box made of steel, it features a pair of combo mic/instrument inputs with Class A preamps, mix control (adjust levels between input signal and computer playback), balanced line outputs, a loud headphone output, and MIDI jacks. Being a brand new product, it ships with PreSonus Studio One 5 Artist and the latest PreSonus Studio Magic Suite.

PreSonus has thrown the new interface into its affordable AudioBox 96 Studio Bundle as well, keeping company of the HD7 headphones, M7 condenser mic, and (optionally) the Eris 3.5 studio monitors.

Personally, I would have been keen on updated internals, if that was ever a possibility. Not that there’s anything bad about the interface’s performance as is. But some new specs would have made the 25th Anniversary Ediiton a bit more exciting. There’s not much to write about what’s basically a facelift, is there?

Nevertheless, congratulations to PreSonus for maintaining a strong brand and an innovative product catalog for a quarter of a century! 25 years is a pretty long time, yet the PreSonus folks are still going strong with the recent release of Studio One 5 – a flagship DAW that’s carved a nice niche for itself among the vast choice of music production software.

The new interface and recording bundles are available immediately for the following prices: