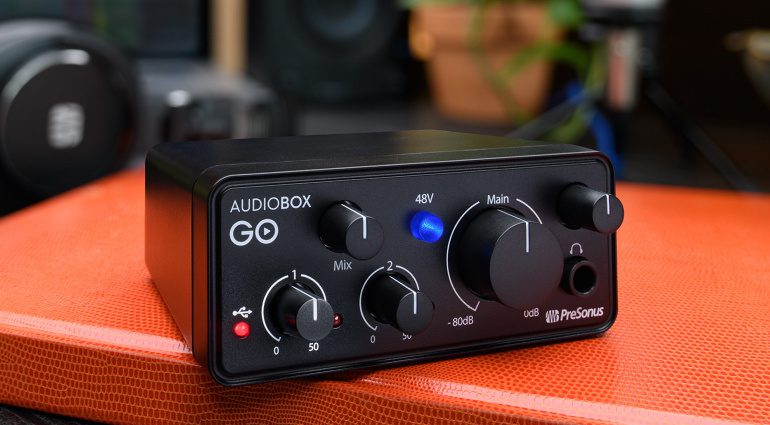 PreSonus released a new compact audio interface in its AudioBox range. The new AudioBox GO is a tiny 2 in / 2 out bus-powered unit you can take almost anywhere. It offers the essential recording features you’d need in any interface, and it works with computers (Mac/Win) and class-compliant mobile devices. PreSonus also includes a solid software package (Studio One Prime DAW + Studio Magic). You can have all that for USD 80 which makes the AudioBox GO a banger of a compact / entry-level recording centerpiece.

The AudioBox GO comes equipped with a single PreSonus XMAX-L preamp capable of clear, detailed, low-noise recordings at a decent 50 dB maximum gain. Phantom power for condenser microphones is also available. As the preamp is on a combo connector, it can also record line-level sources such as synthesizers.

Both inputs are found on the interface’s rear. There are also a pair of 1/4-inch jacks for monitor outputs, and the USB-C port for computer or mobile device connection. The front panel is dedicated to gain controls (for the two inputs), a monitor volume control, a Mix control (for blending the input sources) and the headphone output. There is also a 48V diode indicator in PreSonus’ favorite blue. 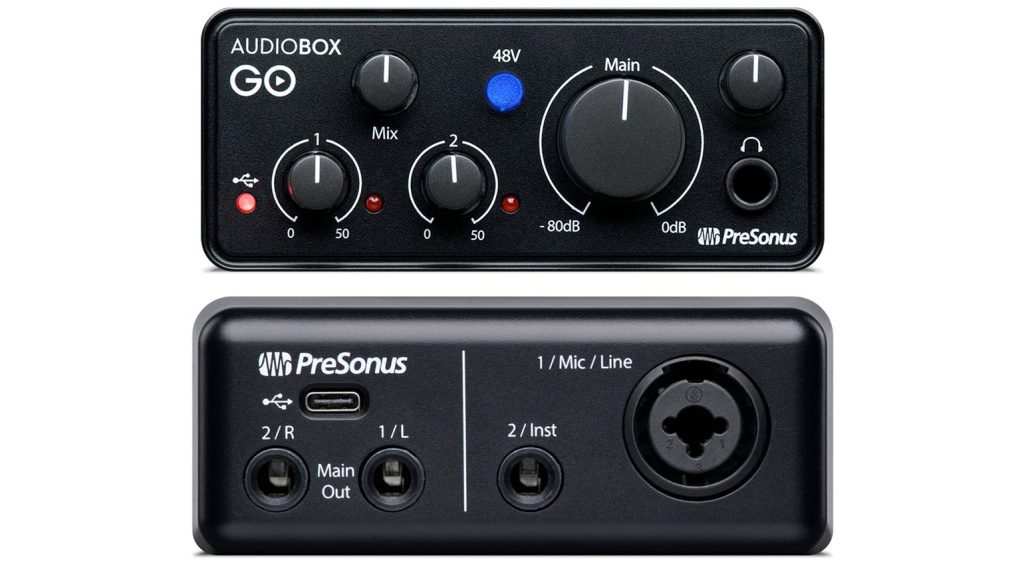 The analog-to-digital conversion in this interface is more robust than you’d expect from something in the class. The resolution is 24-bit / 96 kHz, which is plain hi-def. The interface is connected via USB-C and bus-powered. Drivers aren’t necessary, either. The small interface also connects to most iOS and Android mobile devices.

The AudioBox GO is available now for EUR / USD 80. You can order it now from Thomann with an expected shipping time of 2 to 5 days. The interface is bundled with PreSonus’ Studio One Prime DAW and the Studio Magic software bundle. 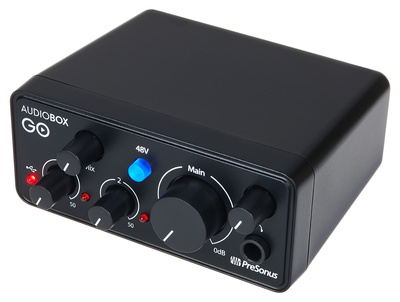