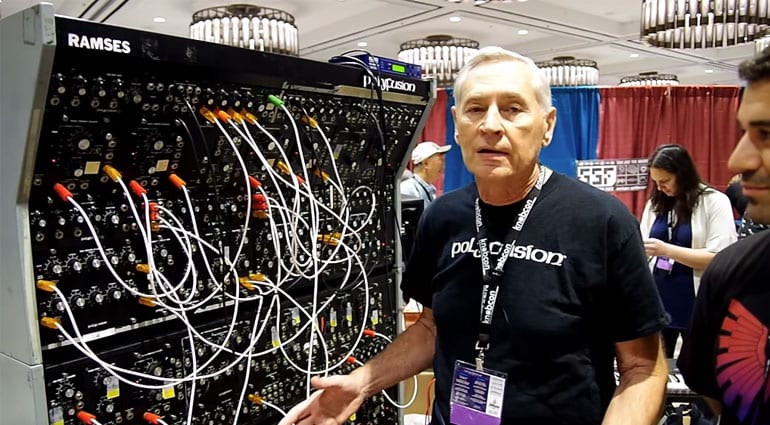 Polyfusion were at Knobcon 2018 with an original Polyfusion Series 2000 modular monster of a synthesizer. Original creator Ron Folkman was there and you can see the glee in his eyes as he talks about coming back to modular at the age of 74 – he thought this sort of synthesis was long dead. Well, Polyfusion is going to get a new lease of life with a plan to reissue the Series 2000 as a new line of smaller and better Series 3000 modules.

Update: Check out the comments below this article for some clarification and detail from Jim Soloman.

The one they had at the show was built for Toto’s Steve Porcaro back in 1979. It’s been on tour with them around the world but it looks completely pristine and huge! Ron and his partner Alan Pearce originally worked for Moog in the 1970’s but had a few of their own ideas which became Polyfusion. It’s interesting how the font used for the word “Polyfusion” on the synthesizer has a very Sequential Circuits feel about it. Ron claims that they never used a single circuit from Moog, they were all original designs that formed all the usual modules of the Series 2000. This new Polyfusion drive will first focus on small runs of the original, full-sized Series 2000 in order to sort out the requests they’ve had from existing owners. 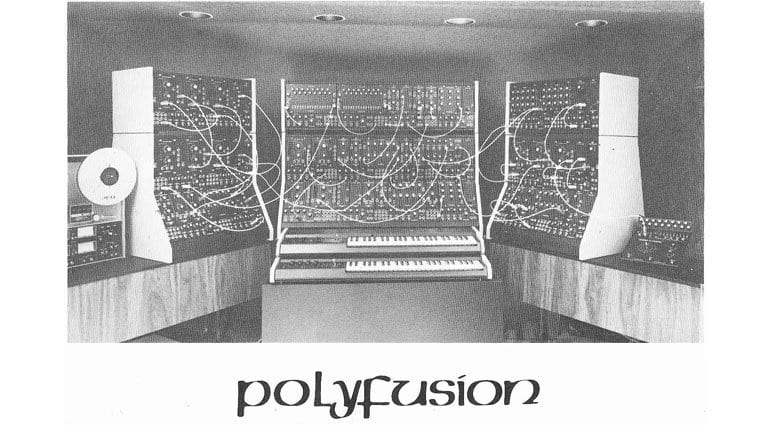 The plan is to bring the whole thing down to a more manageable size – does that mean Eurorack? I hope so because the last thing we need is a new format (seems unlikely – see comment below). They say they’ve got a lot of great ideas that they hope will push modular forward just like they did with the Series 2000. “Something we haven’t seen before in modular” is the intriguing comment from Jim Soloman (JMLS – Polyfusion distributor) at the show. They are currently absorbing all the original schematics into CAD and sourcing components, some of which don’t exist anymore. But they believe they can make the Series 3000 sound identical or better than the original. They are hoping to have something to release next year, including a monosynth which (according to Jim’s Facebook page) is being tested at the moment by a few artists. That is very exciting!

So this could be very interesting. Currently Polyfusion makes electrical systems and hasn’t made synthesizers since the 1980s. Apparently, there may be some jostling over who gets to use the name, but hopefully it will all work out.

There’s nothing to see at the moment other than the Synthtopia video from Knobcon. I mean here’s the Polyfusion website but it’s not going to tell you anything helpful. I can’t find anything much on JMLS or Jim Soloman and Jammie Logan who have taken on the distribution of all Polyfusion products. Apparently the dispute over the name and trademark is making it difficult to set up any official accounts online.

Update: There is now an open Facebook group called Logan Soloman (which was previously closed) where you may find some information and developments. And there is a Polyfusion Modular Systems – Series 2000 Facebook group for existing users and interested parties. Check out Jim’s comment below for some more insight. 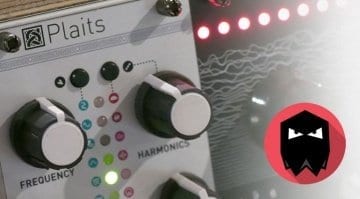 New series of modular based sample packs kicks off with Mutant