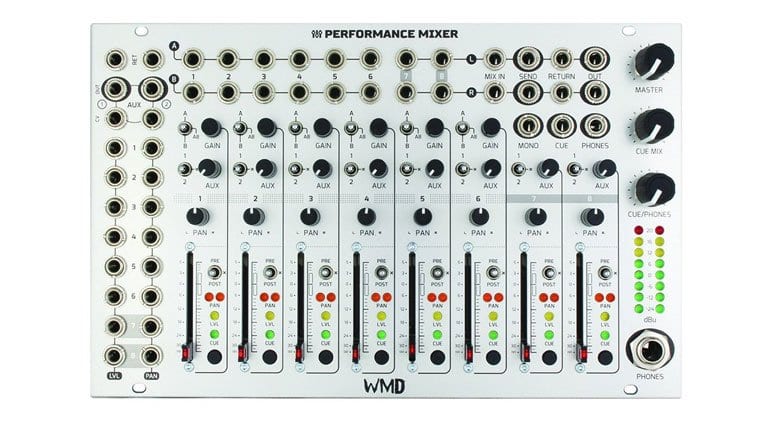 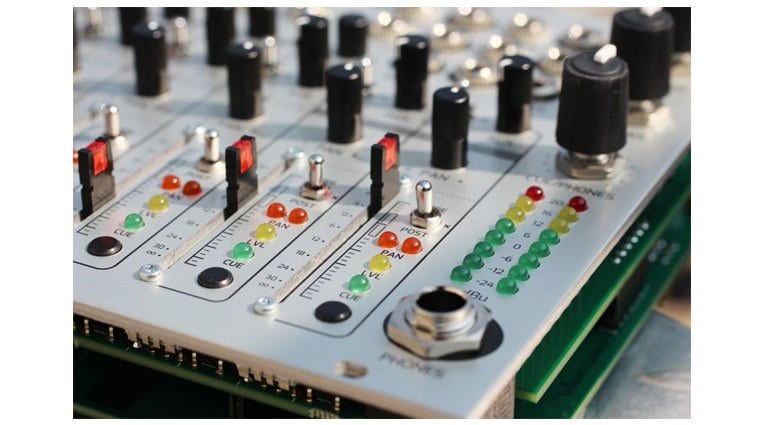 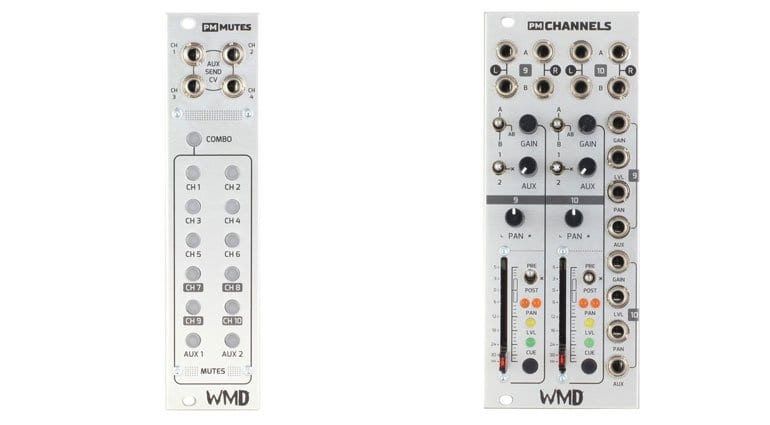 With so many signal and audio paths lacing their way across a modular system it seems odd that the end result would often be mixed outside the Eurorack. The WMD Performance Mixer aims to bring full control of your audio signals back to your finger tips. Exactly where they should be.

Modular is all about the performance. It’s about being in the moment, shaping and crafting sound. The Performance Mixer gives you control over the mix of your sound sources in a way that becomes part of the performance. With a straight forward fader and metering approach you can see at a glance what’s going on.

The Performance Mixer features 6 mono channels with 2 switchable or summed inputs – giving a total of 12 inputs. Along side are 2 true stereo channels so that’s potentially 16 audio inputs running through this 8 channel module. There are 2 auxiliary sends per channel for routing to interesting effects or compression. One of the most useful features is the CUE mix. Enabling the CUE mix on a channel allows you to hear it through the headphone output but not through the main output. So if you want to make sure that patch is right, that oscillator is tuned perfectly or that pattern is hitting the right groove before the crowd hear it – well now you can.

The feature set rounds off with dual headphone outputs because a modular system always likes to play with a friend. Patch their mix output into the Performance Mixer, using the unity gain inputs, and you are both good to go.

At 40hp it’s a good size – big enough to be practical while not dominating a row of your case. There are a couple of expansion options. First is the PM Mutes which gives you mute control over each channel including the master Aux and extra channels provided by the second expansion. Which is the PM Channels Expander that adds two more stereo channels complete with faders and metering.

The Performance Mixer is available now for $749. The PM Channels expansion comes in at $249 and the PM Mutes for $99. For more information head over to the WMD website.