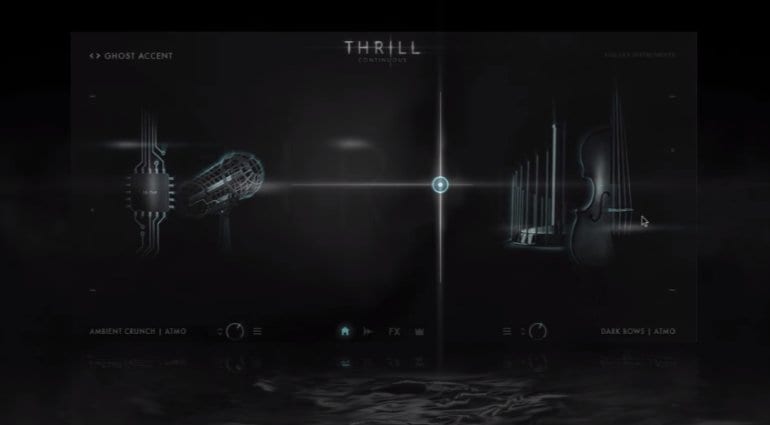 Native Instruments has released a brand new tool aimed at movie and game composers looking for tense, suspense-laden sounds. Aptly named Thrill, it was developed together with Galaxy Instruments’s Uli Baronowsky who masterminded Komplete favourites Rise & Hit, Una Corda, and The Giant. Like many NI instruments, Thrill is based on the Kontakt 5 sampler and also runs in the free Kontakt 5 Player. So you don’t have to own Kontakt to enjoy NI’s latest creation.

What you’ll need, though, is a lot of money. NI is selling Thrill for a whopping 300 EUR, which is simply too much. This isn’t a daring new tool that would justify its high cost with the large R&D spending behind it. Rather, it’s your typical modern Kontakt instrument with a lavish sample library, a stylish graphical interface, some tweaks, and basic built-in effects. Making it was probably expensive for NI with all the recording and sound design work involved, but the same could be said for many cheaper sample libraries and Kontakt instruments out there that sound no less scary. We wouldn’t pay more than 199 EUR for Thrill, but that’s us!

The instrument’s 30GB of audio content covers 963 original sounds in 500 presets. The sounds were created by splicing orchestral recordings, ambience, unorthodox custom instruments, human voices, pitched metal hits, synthetic drones, and other sonic mayhem. There are two main sound types – atmospheres and tone clusters – being modulated with the X-Y pad. According to NI, X fades between the selected sounds, while Y “builds the energy and anxiety, as the sources and assigned parameters move through layers of tension.” Whether the latter stands for unison parameter adjustments, or some clever proprietary algorithms, we won’t know, as the marketing doesn’t clear us up on that point.

With its cleaned-up interface and huge sound library, Thrill is obviously designed for instant gratification, though one can still delve into shaping the stock sounds to taste. This is important, for many producers and composers will be using the exact same material a few months from now on, and especially when Thrill trickles into the appealing Komplete bundle.

Your options of making those sounds stand out as your own are an X-Y pad for morphing, convolution effects, LFOs for modulation, and an interesting cluster designer that lets you position up to eight individual “voices” in the mix in terms of volume, panning, tuning, and strength. The tools are there, but NI implemented them in “easy mode”. For 300 EUR, we’d certainly want more freedom to explore Thrill’s potential. Then again, one could always open the Kontakt back-end and lose oneself in the powerful sampler’s facilities. The graphics there aren’t as fancy, though.

More information is available here and there’s also the extra-corny trailer below. 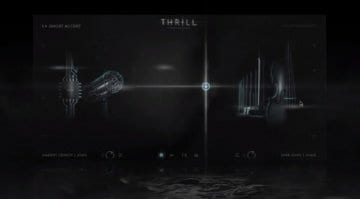 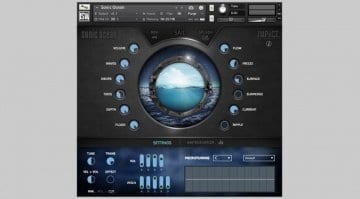 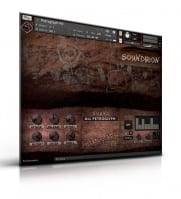